This is a guest post from Kristen Carter. Kristen is a writer, living and working in Philadelphia. In addition to being a full-time student, she works as a Freelance Reviewer for Booklist. In her spare time, she enjoys reading YA lit, watching TV, and sleeping in late. Twitter: @kncwrites.

As a young child, I watched fantasy and sci-fi TV shows like Buffy, Dark Angel, and Xena: Warrior Princess. Watching those TV shows sparked my imagination and let it run wild. Often I would daydream and wonder what I’d do if I were the main character. It’s one of the reasons why I became an author. Recently, I decided to do a rewatch of my favorite childhood show, Charmed. After finishing the first season, I wondered what book would pair up with some of my favorite TV shows. 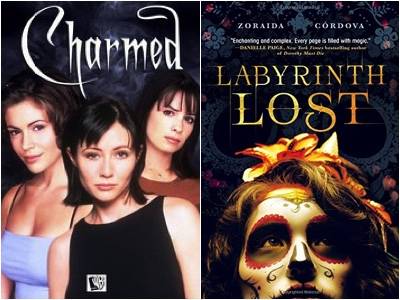 Charmed, try Labyrinth Lost by Zoraida Córdova. If you love stories about family, magic, and trying to figure out where you belong, then you’ll love the Mortiz sisters. They channel the power of three through their beautiful sisterhood; they might not always agree with each other, but they are always there for one another.

Buffy, pick up Fate of Flames by Sarah Raughley. After the Fire Effigy dies, Maia finds herself thrust into a destiny she never knew she had. Maia must take her place; she tries to resist her calling but can’t when monsters are roaming free all over the world. Together, with the other four Effigies, she fights to keep the world safe while learning how to master her new powers.

Shadowhunters, read Shadowshaper by Daniel José Older. Introduced to a magical world that was hiding in plain sight, Sierra must right her family’s wrongs to save the order of Shadowshapers for herself and future generations. Sierra has all the attitude and fire of Clary while being a unique and captivating new savior.

Beauty & the Beast, check out Hunted by Meagan Spooner. A fresh take on the classic fairytale of Beauty and the Beast. But instead of being a bookish young woman, our new Beauty prefers a bow and arrow. 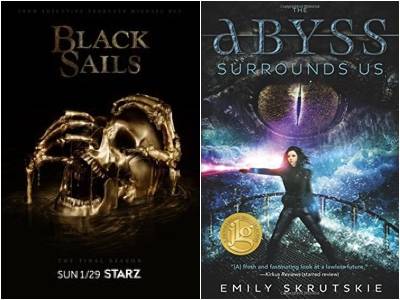 Black Sails, go with The Abyss Surrounds Us by Emily Skrutskie. After being kidnapped and taken hostage by pirates, Cass finds herself while stranded on the high seas. She started as a naive young girl, but over time she hardens into a fierce young woman.

The Shannara Chronicles, read Ember in the Ashes by Sabaa Tahir. When the Empire came and arrested her brother for treason, Laia’s family would never be the same. She goes out on a journey to find and rescue her brother. Danger lurks around every corner, but she won’t stop until she completes her mission.

The 100, try Divergent by Veronica Roth. After leaving Abnegation, Tris must learn how to survive in a new place. She spent her whole life caring for others and putting them first. But being in Dauntless forces her to think of herself first and become the leader she was meant to be. 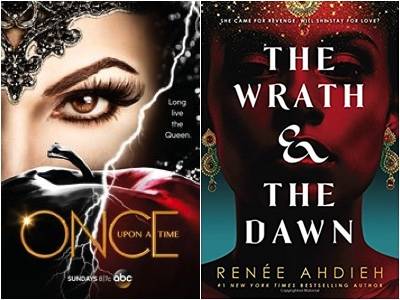 Once Upon A Time, pick up The Wrath and the Dawn by Renee Ahdieh. Inspired by the tale A Thousand and One Nights but with a new spin. Each night Khalid takes a new bride, and by morning she is found dead. Shahrzad volunteers to be his next bride, but she has an ulterior motive. She vowed vengeance and wants to make him pay for the death of her best friend.