As someone who has identified over the course of their life as straight, lesbian, and now (proud) bisexual, I’ve spent a fair amount of time thinking about my sexuality. Likewise, as a lifelong reader and writer who grew up to be a librarian, I spend a lot of time reading (duh) and thinking about what I’ve read and planning what I’m going to read next. When I first came out, it was kind of a no-brainer that I would voraciously seek out LGBTQ books. I had NO idea what exactly I was looking for, but it turns out at in 2005 at least when you searched for lesbian books, a lot of the ones that came up were erotica. (This is probably because I was likely searching for books with the word lesbian in the title, and, funnily enough, even novels that have lesbian main characters don’t usually have lesbian in the title. Anthologies of lesbian erotica, however, do. I digress.) 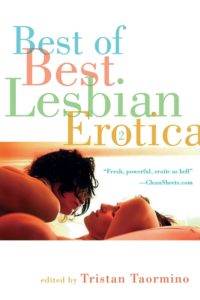 So one of the first queer books I ended up reading, because of my poor book searching skills and likely other reasons I can’t remember, was Best of Best Lesbian Erotica 2, edited by Tristan Taormino. I’d never read anything labelled erotica before then; the closest I had come to sexy times in books was sneakily reading my stepmom’s romance / chick lit books when I was a teenager. In retrospect, most of those books had fairly standard, hetero sex scenes that sometimes communicated offensive, ridiculous and/or misinformed things about cisgender women’s bodies and desires. Those scenes had always kind of titillated me even at the same time that I thought they were silly (and since I was a teenager at the time, that means they must have been VERY silly). I thought reading this lesbian erotica book would be way better. I mean, the very title said the stories were the best of the best!

Unfortunately, it turned out that I kind of hated Best of Best Lesbian Erotica 2. My feelings while reading vacillated between total boredom and varying levels of discomfort. This is the kind of book lesbians read?, I thought. This is the best of the best? Honestly, the whole reading experience made me wonder if I was really a lesbian after all. (Of course, it turned out that I was in fact actually bisexual but that’s besides the point). Later, of course, I found other queer books that I did like, which set me off on the career path I’m on today, a librarian who runs a queer Canadian book blog called Casey the Canadian Lesbrarian, among other things. 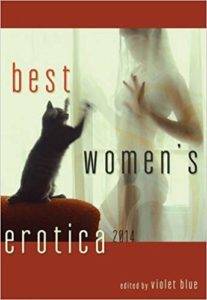 But why didn’t I like that collection of erotica? Afterwards, I thought maybe it was just that book in particular that wasn’t my cup of tea. I steered clear of erotica for years after that bad experience, but later, after coming out as bisexual, I picked up two different erotica collections on the recommendation of a friend: Best Women’s Erotica 2014 edited by Violet Blue and Twice the Pleasure: Bisexual Women’s Erotica edited by Rachel Kramer Bussel. Aha!, I thought before reading them. One or both of these will surely be my jam. Maybe it was just lesbian erotica that I didn’t like. Maybe that editor’s taste and mine just didn’t overlap. But no. While the discomfort was gone—probably because at that point I had learned about certain topics like BDSM and realized they just weren’t my thing—the boredom was still there in full force. Honestly, when I pulled Twice the Pleasure off my bookshelf, I legitimately couldn’t remember whether I had read it or not; it was that boring for me.

For a genre of writing that is by definition supposed to be exciting, how is it possible that I am so bored reading it? You’d think, as a bisexual person attracted to many genders, that I’d be into about reading about just about anybody getting it on. I’m also very omnivorous when it comes to book genres and formats: literary fiction, fantasy, science fiction, YA, middle grade, graphic novels, comics, chick lit, romance, memoir, mystery, biography; name any genre and even if it’s not my favourite, I’ve read something in that category that I loved. So why don’t I like erotica?

Have I been reading the wrong erotica? Have I been reading erotica the wrong way? Should I keep trying to like erotica, or should I give up? And has anyone else had this experience of being viscerally bored by erotica when they knew they were supposed to be aroused? Let me know if it’s just me, or if anyone has suggestions for other erotica books I should try.