I have a soft spot for stories about South Africa. It might have to do with the fact that the country’s struggle with colonization, apartheid, and xenophobia lends itself in myriad ways to fiction. Works of writers like Nadine Gordimer and Alan Paton’s seminal work has been pivotal in bringing international attention to the appalling reality of apartheid. I love how so many South African writers have a knack for communicating grave and hard hitting issues related to race, poverty, and social discrimination with subtle acuity in their stories.

This year three of the books I am extremely excited about happen to be written by South African writers. All of them combine multi-layered stories with exceptional writing. 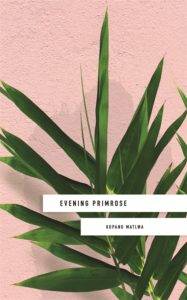 This is easily one of my favourite books that I’ve read this year. The story is written from the point of view of Masechaba, a junior doctor. She is struggling to reconcile her naive expectations of alleviating suffering with the gut-wrenching reality of working in an under-resourced state hospital in South Africa. The whole story is written as a form of diary entries which gives us a raw glimpse of Masechaba’s internal conflicts. She holds on to her faith as an anchor but constantly questions God’s motives for allowing so much suffering.

Evening Primrose shrewdly deals with the legacy of apartheid. On one hand, the protagonist is wary of foreigners who talk about South Africa’s history with grating condescension. However, she is also aware of the perils of ‘othering’ White South Africans and tries to be fair in her judgment. Her attempts to speak for the immigrants result in horrific consequences for her,which shrewdly portrays that no matter which side you are on, hate is inherently toxic. Kopano writes about tragic and heart-wrenching experiences with subtle grace. Despite the harrowing things that happen in this book, it is ultimately life-affirming and full of optimism. A stunning read for anyone who wants to get firsthand insight into present day South Africa. 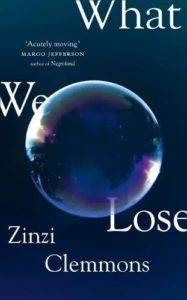 This concise and powerful novel movingly explores race, segregation, and womanhood. It has a lot in common with Evening Primrose. Both books are works of fiction, but written in the spare style of journal entries. What We Lose begins with this poignant line;”I was born as apartheid was dying.” Born to an American father and a South African mother, Thandi has been contending with conflicting ideals of identity and belonging all her life. Losing her mother to cancer compels her to retrace her roots in an effort to navigate through her grief. Intimately bringing Thandi’s story come alive are the various blog posts, photos, song lyrics, and graphs that punctuate the prose.

Clemmons fluidly compresses various themes in a narrative that is simple, yet provocative. What makes this book so relevant is the contemporary perspectives on race and class divides which are explored in reference to two nations that have struggled with these issues in the past: America and South Africa. The book also shrewdly examines how the legacy of racism in both the countries affects its modern ideals of multiculturalism. This original and challenging debut is a must-read for fans of literary fiction and memoir. 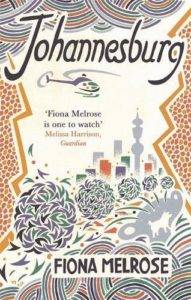 This much anticipated second novel from the writer of Baileys long-listed Midwinter has an intriguing premise. “Gin has returned home from New York to throw a party for her mother’s eightieth birthday; a few blocks away, at the Residence, Nelson Mandela’s family prepare to announce Tata’s death…”

There are many commonalities between the plot of this book and that of Mrs. Dalloway – the entire story is set across a single day – that of Nelson Mandela’s death, characters are ruminating on their past, and a woman is preparing to throw a party. This is not coincidental as this novel is an ambitious homage to Virginia Woolf (there is even a novelist named Virginia!). We get inside the characters’ heads – their insecurities,thoughts and deep-seated instincts – as they go about their day. Melrose brings to life the hustle of Johannesburg with verve and her writing is graceful with clever use of exacting metaphors and incisive political and personal observations. An immersive read with layered characterisation, this book is a literary delight.