I’d like to take the time out to give recognition to the bookish blerds who are holding it down on the small screen. 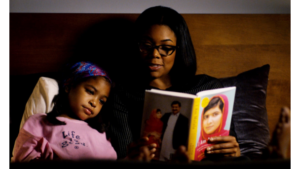 Mary Jane Paul – Reading has never been sexier than as seen on Mary Jane Paul, the title character of Being Mary Jane portrayed by Gabrielle Union. Whether she is reading conversation starter books, posting quotes via sticky notes all over her swanky Atlanta glass house, or the piles of books adding to her modern decor. In one episode she even leads a book discussion of Life Out of Context by Walter Mosley, and is seen here reading, I Am Malala by Malala Yousafzai to her niece–Mary Jane tops the list as the most sophisticated blerd on television. 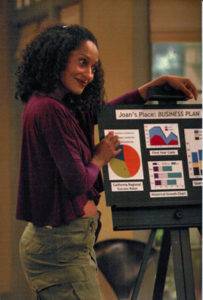 Joan Clayton – Neurotic, witty, dissecting the literary tastes of a former boyfriend, and being a member of the office book club earns Joan from Girlfriends, a spot on the bookish blerd list. Joan, like Mary Jane Paul, is also a fan of Walter Mosley – in episode 4 of season 1 admires that her beau, Marcus, has a copy of one of Mosley’s books. It is not missed on me that Mara Brock Akil has created three characters to grace this list. 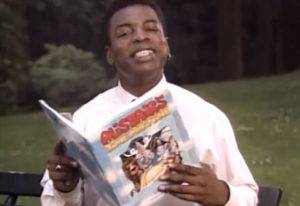 Levar Burton has been putting young minds onto books for decades. Unarguably, he’s probably the first literary hero many of us came in contact with and his love of books have put generations of young people on to some truly fantastic books. Reading Rainbow has been giving children the gift of good books for nearly 35 years. Thank you Mr. Burton! Much love! 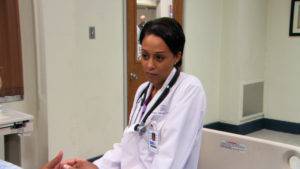 Melanie Barnett – Always with her head in a medical textbook because she was studying for “med school” (said in my Tasha Mack voice), Melanie – portrayed by Tia Mowry-Hardrict, of hit TV show The Game,  barely squeezes onto the list. I mean….she kind off falls off on studying past the first season – but she does eventually get her white coat and becomes a doctor. 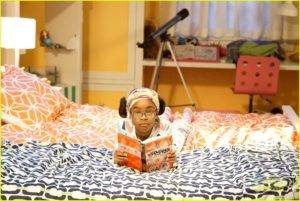 Diane Johnson – Usually seen with a book in tow, also serving shade as a cold side dish, Diane – played by Marsai Martin, may be one of the youngest members of the show but is easily one of the smartest characters on television. This gif queen adds healthy portions of wit and sass to ABC’s Black*ish.

If you have a favorite bookish blerd not mentioned here…post yours!!!