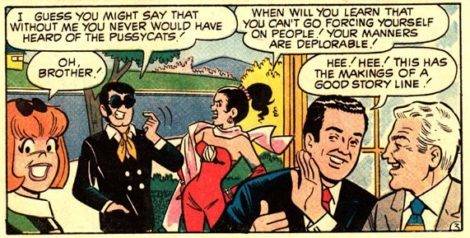 Get pumped, Vixens! Riverdale, the CW’s absolutely bonkers take on the Archie Comics characters, has started filming Season 2. Now, I loved Season 1, but as a lifelong Archie fan, I noticed a few omissions. Here are some characters I’d like to see in Season 2: 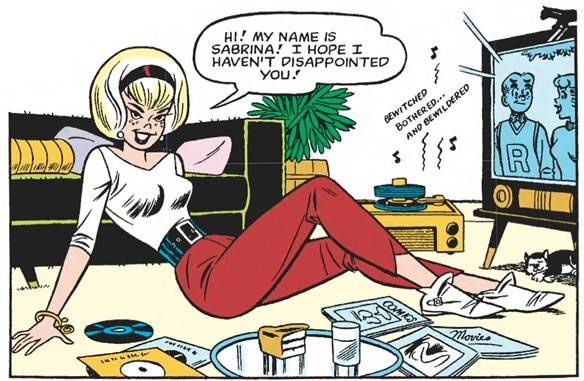 Obviously. Sabrina is the most major Archie character not already appearing on the show. Now, I know what you’re saying: she’s a witch, and Riverdale is firmly grounded in reality. To which I reply: the first season mystery wound up revolving heavily around maple syrup. Sabrina would honestly be less weird than a lot of things that have already happened on Riverdale. 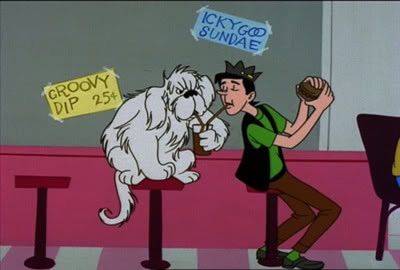 I’ll be honest: I spent all of Season 1 fretting that we’d find out something horrible and sinister had happened to Jughead’s beloved dog, and was immensely relieved when he showed up in the finale. But a brief cameo with the Serpents isn’t enough! I want to see Hot Dog getting into hilarious scrapes, and/or looking wry and put-upon when his owner gets into hilarious scrapes. How is a dog supposed to look wry and put-upon? Look, I don’t know, I’m just the ideas woman here. 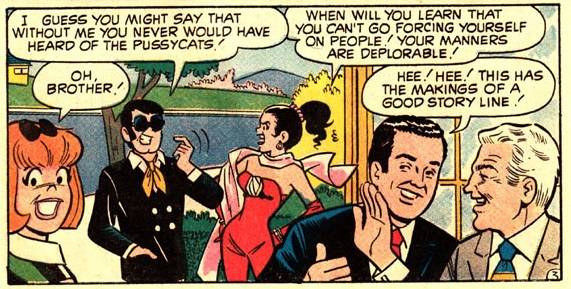 We already have Josie and the Pussycats; now it’s time to expand their supporting cast to include the Pussycats’ hapless manager and his scheming twin sister. Besides, with Jason dead and Cheryl potentially redeemable, the show has an opening for a pair of filthy rich, endlessly conniving twins. 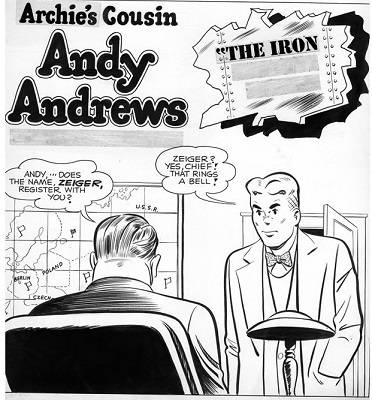 Archie’s secret agent cousin Andy was originally conceived of for a 1950s story that was never published, while the “Man from R.I.V.E.R.D.A.L.E.” stories were an alternate universe spy spoof starring Archie and the gang that ran a decade later. A few years ago, the Archie folks dusted both concepts off and mashed them together, making Andy the real Man from R.I.V.E.R.D.A.L.E. Since he’s a dead ringer for Archie, I’d like him to be played by K.J. Apa, and for hilarious (and dangerous!) confusion to ensue.

Cricket is a seemingly ordinary girl with the amazing ability to literally sniff out money, or anything of significant financial value. With Hiram Lodge out of jail and restored to the bosom of his family, plus the addition of the Cabots (I’m assuming every item on this list is being taken as gospel by the writers as we speak), surely there’ll be plenty of payoffs, bribes, and blackmail for Cricket’s nose to track down! 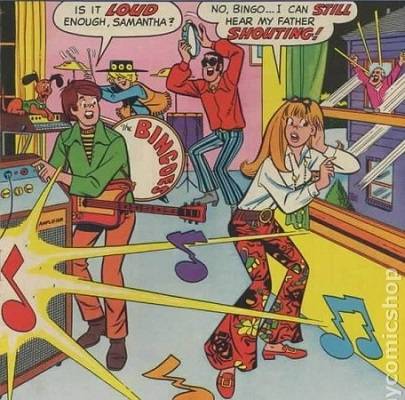 I don’t think we really need most of the characters from the immensely boring “That Wilkin Boy” section of the Archieverse, even if protagonist Bingo Wilkin is Jughead’s cousin and thus could be played by yet another waiflike teen heartthrob from the wrong side of the tracks. But I would like to see Buddy Drumhead, both because his primary character trait is drumming on everything constantly, and because I want to see Cole Sprouse say the name “Buddy Drumhead” as angstily as possible. 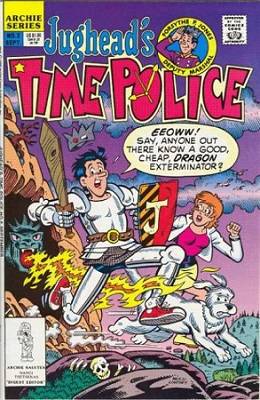 Aside from being a writer, former drive-in movie theater employee/resident, and appealingly tragic loner, Jughead is also a member of the future-based Time Police. (True, they haven’t mentioned this on the show, but I’m sure they just haven’t gotten around to it yet.) January is a 29th century descendent of Archie who shows up in a time machine whenever Jughead is needed for said time policing. I would like her to also be played by K.J. Apa in a futuristic jumpsuit, or edited-in, out-of-context clips of Molly Ringwald from The Breakfast Club. 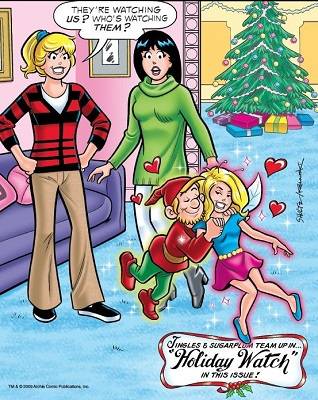 Jingles and Sugarplum, the Christmas Fairies

Being Jewish, I tend to find special Christmas episodes a little tiresome, but I will happily make an exception if it means I get to see these magical yuletide imps teaching valuable lessons about generosity and non-commercialism to an incredibly befuddled Cheryl Blossom. Or to F.P.! That would be amazing. 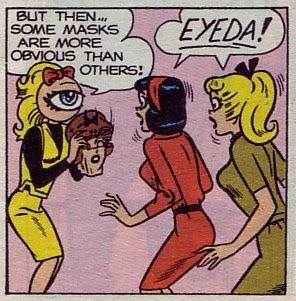 A teenage girl with a giant eyeball for a head. I don’t feel I have to explain this desire further. 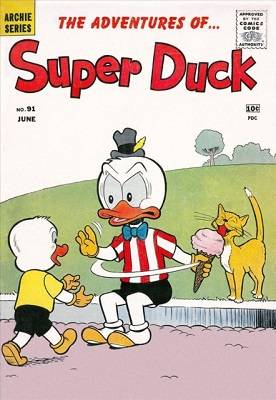 Look, I know my brand.

What are your hopes and dreams for Riverdale’s second season? Let us know!