Whenever a family-centric holiday comes up (that’s most of them, right?) or one that focuses on mothers and fathers, it’s hard not to think about people who have a rather complicated or even nonexistent relationship with their parents. I’m one of those people. Though I still talk to my mom and dad, I’ve often struggled with being the daughter to a mother who has severe anxiety, frequent manic depressive episodes, and bipolar disorder. She’s also a textbook narcissist, which makes family interactions rather stressful for me. (I pay my therapist well, by the way.)

For those of us who don’t have those picture perfect relationships or have established healthy boundaries for the sake of our own self-care, I’m with you. And I can’t speak enough at how books can often become a haven for understanding these relationships or even just ways of commiserating with characters both fictional and real.

The list of ten books below is, by no means, an exhaustive or comprehensive list as I’ve purposefully left off some obvious choices, but it’s a list that I feel touches on a variety of life experiences.

This is pretty much the self-help guide to dealing with toxic parents. If you’re a fan of the r/raisedbynarcissists subreddit, I think this is a great companion to complement the stories shared there. It’s great in identifying manipulative patterns of behavior and how to try and successful combat the toxic parents cycle. 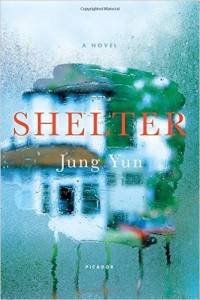 This was both recommended by a fellow Rioter and by a reader at my local book group. Kyung Cho’s family is drowning in debt while his parents live in relative luxury a couple miles away. However, an “act of violence” leaves his parents unable to remain in their home, meaning they have to take up residence with Kyung. With tons of tension and family secrets, Kyung has to reconcile caring for the people who never once cared for him.

Josephine Hurst is a matriarch who does everything she can to exert her will over her household and her children. She’s a manipulative narcissist to the very core and, when her oldest child manages to leave the household, her control over her remaining children only worsens. It’s truly sickening seeing how Josephine’s moods and attitude affect her husband and two other children. 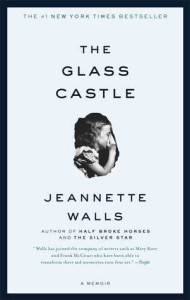 Soon to be made into a movie with Brie Larson, this memoir deals with the struggles of an adult woman once her dysfunctional family show up in New York, hoping to live closer to her. Her father is a brilliant man who turns destructive after drinking, while her mother is a flighty figure who seemed to want anything but a family. As someone who often forms a united front with a sibling and who has a pair of dysfunctional parents, I hold this memoir quite dearly.

This is Chimamanda Ngozi Adichie debut novel of two siblings who have a father with two very distinct personalities. In public, he is generous and active in the community. In private, his religious devotion borders on fanaticism. As a military coup spreads across Nigeria, the two young adults are sent to their aunt’s home, growing and blossoming while away from their father’s control.

Will I Ever be Good Enough: Healing the Daughters of Narcissistic Mothers by Karyl McBridge (Nonfiction)

Though this book primarily focuses on the toxic relationship between mothers and daughters, a lot of aspects can be applicable to sons and fathers as well. I’m often fascinated by discussions of emotional abuse via narcissistic parents as the abuse can be so subtle. It’s great in helping to recognize narcissistic behavior and how victims can often internalize those actions. 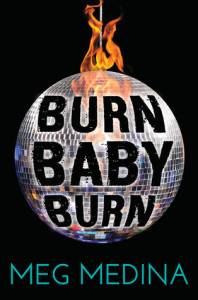 A young adult novel set in late seventies New York, a young woman deals with fear and loneliness as the infamous Son of Sam roams the streets, targeting women. The protagonist, Nora, has tense home life with a destructive brother, a mom who eschews responsibility for her children, and an absent father with a “new family.”

Why Be Happy When You Could Be Normal? by Jeanette Winterson (Nonfiction)

Memoirist Jeanette Winterson grew up in a strict, evangelistic household with a misanthropic and depressive mother. Winterson has to learn how to navigate the religion that seems to permeate her home life, while dealing with feelings of abandonment by her birth mother. It’s a powerful book that also has the added message of taking refuge in reading and writing.

After her mother is diagnosed with cancer, writer Jessie Sholl returns home to help with her mother’s treatment. While home, she confronts the realization that her mother is a hoarder and how that disorder shaped her childhood. The items Shall uncovers in her mother’s hoard are the springboard for tough emotions and memories long-since buried.

What books would make up your own “toxic parents” reading list?