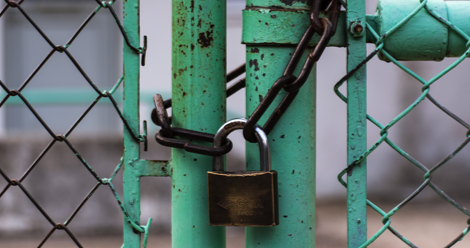 Picture it: you’re in high school, hanging out with your friends, snarfing fast food whilst you spend more effort complaining about your schoolwork than actually doing it (which, in hindsight, was not the smartest move). Everything is right with the world at this point in time, and you’re so busy being content with the glow of friendship and your life as it is, that you’ve been lulled into a false sense of security. I know, I’ve been there. It was all fun and games, until—

“Can I borrow this?” My friend— we’ll call her Emily— wanted to know, promptly getting pizza-grease fingerprints all over my copy of Ronni Cooper’s Rock Chicks as she eyed the back cover with the keen intensity of a Hammerhead shark studying a wounded octopus in the deep. I smiled so hard that it hurt and mentally ran through my “List Of Acceptable Excuses To Say No,” but couldn’t find one, because I’ve been raised to say “yes,” pretty much every time, everywhere, if someone asks me for a favour. But “Sure, I’ll write a cheesy fairytale retelling of your daughter’s courtship with her husband-to-be for their wedding!” Or, “Sure, you can film me getting Botox injections— for my legs, which absolutely have no cosmetic value— for your school thing,” are on a whole ‘nother level than, “Sure, you can borrow this book!”

Yes. You read that right. I’d be more comfortable letting someone film me getting a giant needle stabbed directly into my hamstrings than letting that same person borrow a book— especially if they don’t really read that often, and treat books like they’re expendable. I’d like to believe it’s not because I’m a total book snob with sharing issues, but the truth is probably way worse: I actually just don’t like lending out books, especially to people who aren’t going to take care of them (despite repeated assurances that they definitely will, they definitely do not).

Case in point: I (reluctantly) let Emily take home Rock Chicks with her one evening, and never saw it again. Other books have been returned with bent (or missing) covers, water damage (I don’t understand. Were you trying to drown it?), weird notes scrawled in the margins (why did you use pen for that? Why did you write it in the book? I know we have inside jokes, I don’t need them forever etched into Watership Down), or pages that have been bent/folded so badly, they stick out from the top. Don’t even get me started on the books that came home mysteriously missing a page. And that’s if they were returned at all.

When I was younger, my mom had a habit of lending my books out to anyone and everyone who expressed even the slightest interest, and I followed suit. Now that we’re both older and wiser, she knows not to happily give away my stuff, and I know that if I ever make the mistake of lending out a book again, I’m probably going to buy another copy just in case something happens to mine.

Look, I know that treating book-borrowing like a hostage negotiation in which I don’t actually want to give you anything is kind of insane. I get it. But surely I can’t be the only person in the world who has an aversion to parting with their books, even if it’s just for a week? It’s not like I’m some kind of hoarder of literature (if I didn’t like a book, chances are, it’s found a new home within 48 hours so I can forget about it and buy new books), I just don’t like knowing that the book I gave out isn’t the same one I got back. It usually looks like it’s been through the ringer (I should note that not all of my books are pristine, but when my well-loved copy of Watership Down comes back with bent pages that have been written on, I absolutely know that it wasn’t like that before). Is it weird that I don’t mind seeing a book’s wear and tear if I’m the one doing the wearing-and-tearing?

Plus, why is it so hard for some people to grasp that returning a book damaged (or indefinitely keeping it) isn’t cool? If someone has trusted you with a book— particularly a book they really enjoy. Rock Chicks was that for me in high school, given how scandalous it read to an otherwise sheltered former Catholic schoolgirl— they’re not expecting you to put that book on a pedestal and worship it until it’s returned, they’re expecting you to take care of it the same way you would any other material possession you borrowed, and return it within a reasonable time-frame (seriously. Return it. There’s nothing more awkward than going to someone’s house and staring at a book they told you they lost, and you know it’s your copy because they didn’t bother to remove the tabs you initially used). If you damage the book, work with the person who lent it to you to find a compromise, don’t just shrug and go about your merry way. Hardcover books are expensive, especially if they’re brand new, so I don’t care how you managed to spill wine on it, I’m not amused and will probably nurse this grudge until one of us is in the ground.