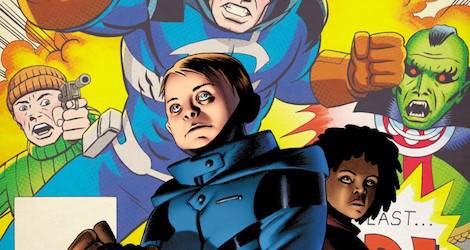 It’s 2017 and, quite frankly, I’m annoyed that I have to write this article; not at all surprised, mind you, but annoyed. When Lion Forge announced their Catalyst Prime superhero universe, one particular title grabbed the attention of pop culturists everywhere: Superb.

Written by David F. Walker (Luke Cage) and Sheena C. Howard (Black Comics: Politics of Race and Representation) and illustrated by Ray-Anthony Height, Le Beau L. Underwood and Veronica Gandini, Superb has been hailed as “the world’s first comic book superhero with Down Syndrome.” The National Down Syndrome Society (NDSS) has partnered with the authors to help them craft an accurate portrayal of Down Syndrome.

As a disabled woman myself and someone with a heart besides, this is great news. Finally, the tides of diversity have turned to recognize people who are differently-abled, who have always been that way, who will always be that way.

So why am I complaining about this? What in the world could I possibly have taken issue with? 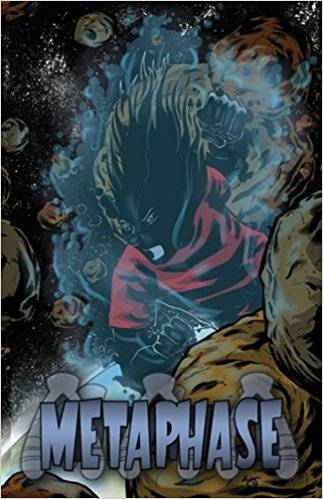 A quick Google search will tell you Superb isn’t the first comic book to feature a hero with Down Syndrome. Not even close. In 2015, indie publisher Alterna released Metaphase, a graphic novel written by Chip Reece, for his young son Ollie, who was born with Down Syndrome. In an article he wrote for The Mighty, Reece explained that he created Metaphase because he wanted Ollie to see himself reflected on a page.

Metaphase itself is a charming book: it stars a 16-year-old with Down Syndrome named Ollie, whose superpowered father, Sentinel, is overprotective and reluctant to let his son fight crime because of the risks associated with his congenital heart defects. Desperate to prove himself as a hero strong enough to fight by Sentinel’s side, Ollie signs up with MetaMakers, a shady program run by the morally-bankrupt Alexander Valdimer, who wants to manufacture a line of heroes for his own gain. When Sentinel is disarmed by Valdimer, it’s up to Ollie to save the city, his father, and the world from Valdimer’s ruthless ambition.

Aside from pounding a well-worn path of superhero comic beats, Metaphase also takes an honest (if gentle) look at the realities of life with a disability, from both the child and parents’ perspective. In Metaphase I saw echoes of my own childhood— my mother worried (and probably still does, to this day) over me and my able-bodied sibling differently. In his teen years, he was given freedoms I never had, encouraged to make choices I was steered away from (“That school is too far away. I need you close to home, what if something happens to you? What if you fall and no one is there? What if you hit your head? What if you black out or get sick? What if, what if, what if?”). I understand where my family’s constant, well-meaning, overbearing stance as a collective unit comes from— but people with disabilities are well aware of their limitations, having to grapple with them every day. The problem is when we become too aware of them thanks to society’s double feature of swaddling us like Sims 3 burrito babies or otherwise giving us the cold shoulder. The problem is when we unconsciously start to stick to our limits, folding into ourselves and accepting “well, that’s just the way things are.”

Except it’s not. Or, it doesn’t have to be. Reece expresses that in Metaphase, acknowledging that Ollie is a hero— and beyond that, a human, just like the rest of us— when given the chance.

Look: I want disability representation as much as the rest of the planet. When Superb comes out, I will no doubt be over my grudge and buying it via ComiXology (my LCS recently got a little fold-out ramp, but I always feel bad that they have to stop what they’re doing and bring it out, so I tend to buy most of my stuff online. I know, I know, it’s regressive and I shouldn’t feel guilty, but in a world that screams “LOOK AT WHAT WE DO FOR YOU,” when there’s so much more that needs to be accomplished, it’s hard not to feel like a burden). I just want things to be fair.

And “fair,” means the National Down Syndrome Society acknowledging Chip Reece’s Metaphase as the first of its kind, not just heaping praise on Superb because it’s got a Marvel-backed creator and its focus is solely on the character’s disability. Fair means not devoting an entire PR push dedicated to capitalizing on that disability for monetary gain (I took PR too, guys, I know how it works. Did you really think nobody would pick up on the fact that something in the milk isn’t clean? Yes, I know, businesses are attracted to things that make them money, but being so blatantly obvious about it feels like a greedy cash grab devoid of any humanity. Try harder). Fair means a genuine uptick in the number of books with a disabled lead, written by someone who actually knows what it’s like to live with said disability, which in turn means they know full well that the disability is not what makes the person. It is something you live with. It’s not a card you can play, a badge you can wear, or something able-bodied people can accessorize with to make themselves feel more socially-conscious and morally upright, which actually just makes them a tool. It is not something anyone would choose, but it is a reality.

The deck is already stacked against people like me, like Ollie, like my best friends in the whole world. Maybe the fight will never be truly fair. Maybe I’m barking up the wrong tree entirely and should go back to simple book reviews and listicles, because trying to articulate this feels like I’m screaming my lungs raw to an audience of exactly none, or I’m being that bratty kid who can’t accept the phrase “that’s just the way things are.”

For what it’s worth, Lion Forge did clarify (or try to) that they meant Superb would be the first comic book series featuring a character with Down Syndrome, whereas, Metaphase is a graphic novel (screenshot via the Twitter of Metaphase artist, Kelly Williams). 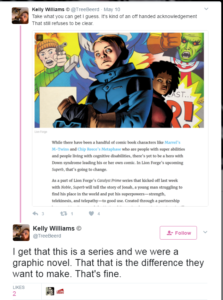 But honestly? Semantics aside, it’s not worth much.