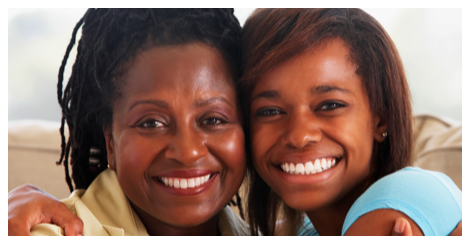 It’s Mother’s Day weekend here in the U.S., a time to celebrate the moms and motherly figures we have had in our lives. Personally, I’m childfree but I always have had a special place in my heart for a good motherly character in a book. Back in January we posted a reading list of complicated mothers so now we’ve taken the opportunity for Rioters to share who our favorite literary mothers are.

Patricia Elzie
Molly Weasley was the character in the Harry Potter series that I felt most emotionally invested in. She loves fiercely and fights fiercely and you could feel her love through Rowling’s text. Also, she was nothing short of amazing when it comes to running the very full Weasley household, magic or no magic. She’s downright impressive. Every time I read her line, “Not my daughter, you bitch!” I get tears in my eyes. No one messes with Molly Weasley or her family.


Vianne spends her stories traveling, making chocolate, and attempting to help people. The keyword is “attempt”; while Vianne manages in her first book, in The Girl With No Shadow reality catches up to her. She starts to deny magic for her children’s sake, but her daughter Anouk won’t have any of that. Vianne as a mother is constantly in motion, trying to do what’s best but not always succeeding. It makes her relatable and sympathetic. 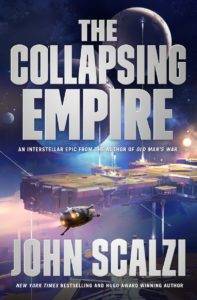 
Category ID: 476
Category ID: 1005
Check Your Shelf Newsletter
Sign up to receive Check Your Shelf, the Librarian's One-Stop Shop For News, Book Lists, And More.
Thank you for signing up! Keep an eye on your inbox.
By signing up you agree to our terms of use
Huma Lagos has a relatively short appearance in The Collapsing Empire but she has an incredible presence throughout in the person of her daughter, Kiva. Bold, audacious, and unapologetic, Huma has raised Kiva in the same mold, brooking no nonsense, taking no crap, establishing the economic supremacy of house Lagos, and taking whatever the hell she wants from life without giving a whit about the backlash. In the current social and political climate, we could all use a mom like Huma.

Tina Bucknow, The Center of Everything by Laura Moriarty

Molly Wetta
No one writes mother-daughter relationships like Laura Moriarty, but Tina, a phenomenal screw up of a mother who still loves her daughter Evelyn fiercely, will always be a favorite of mine. Tina is proud, even though she’s poor, and a single parent, and struggling to raise her daughter on her own. What I love most about her is how real her struggles were, and how even through the eyes of her probably-smarter-than-her daughter, it’s impossible not to have real compassion for a woman who is just doing her best, even when she doesn’t make the best decisions.

Jamie Canaves
Trevor Noah’s memoir, which focuses on his childhood in South Africa where he was literally born a crime due to apartheid, is fantastic! (I highly recommend it on audio.) And while what makes the memoir great is Noah’s ability to make any story funny, his mother steals the show in the book. She’s tough, determined, I imagine where he got his humor from, and to say she is resilient is an understatement. Noah seems like a cool guy to hang out with but I’d totally bypass him to talk to his mother.


Marmee is one of the most incredible mothers in literature. She’s kind of a superwoman, able to run her household despite having lost a lot of money, able to still care for her girls and make sure they know they’re loved, able to continue her charity work (which includes helping not only the aesthetically-pleasing poor, which is a problem in much of real life and literary charity), and able to do it all with a kind of radical kindness that doesn’t necessarily come naturally but that she works on. As her children grow older and she shares more of her inner life with them, it becomes clear that Mrs. March is not a simple woman but a deeply complex and conflicted one, who is choosing to mother her children and raise them within a kind of love that is rare to find among the best of humans. She’s remarkable, loving, and fascinating.

Keri Crist-Wagner
Madame Geneviève Lafoux is as fierce as she is unexpected. In Carriger’s Steampunk world, Lafoux is an inventor and spy, but the role that defines her is that of mother. She is completely devoted to her son Quesnel, and at one point destroys half of London via giant octomaton in order to rescue him.

Katie Nolan, A Tree Grows in Brooklyn by Betty Smith

Jess Plummer
Francie Nolan is the protagonist of A Tree Grows in Brooklyn, but the book spends nearly as much time on her mother Katie, who is only 17 when Francie is born and pretty much singlehandedly raises three children with very little help from her charming but essentially useless husband. Katie is eminently practical, unsentimental, and plays clear favorites with her kids, but she’s also funny, resourceful, and fiercely protective. She’s sometimes hard to like, but she gives her family a safe and happy home despite their desperate poverty, and her flaws and contradictions make her feel more real than any perfect soft-focus Hallmark mom. 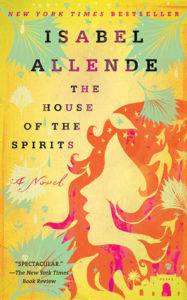 Clara del Valle Trueba, The House of the Spirits by Isabel Allende

Leah Rachel von Essen
Clara the Clairvoyant is the magical matriarch of the Trueba family. The mother of Blanca, Jaime, and Nícolas, she is as mysterious as she is constant. Clara can predict the future, communicate with spirits, and read dreams, and she has telekinetic power accompanied by a strong disregard for material things. She brings joy to the Trueba family, and grounds it (which is ironic since she levitates) with her love and predictions, and her powers reflect a woman’s determination to exist and to affect the world around her.

James Wallace Harris
Louisa Durrell was mother to writers, Lawrence Durrell and Gerald Malcolm Durrell, which makes her a literary mother at least three times. Twice in life, and once in books. She appears as a character in Gerry’s The Corfu Trilogy, which consisted of My Family and Other Animals, Birds, Beasts and Relatives, and The Garden of Gods – which was filmed two times for British TV, the second time as The Durrells of Corfu, also appearing on Masterpiece in the states. Her other writer child, Larry is famous for The Alexandria Quartet. So one literary mother essentially gave birth to many books.

Alison Doherty
While obviously, and hilariously, flawed, Bernadette loves her daughter Bee intensely. So much so that the agoraphobic former-architect agrees to go on a trip to Antarctica when Bee gets all A’s on her report card. I love how little Bernadette cares what the other mothers at Bee’s Seattle private school think of her, and reading about her quest to rediscover her own identity kept me laughing and crying (from laughter) with practically every page turn.

Who are your favorite literary mothers?