When most US publications write about literature and Iraq, they mean the deluge of titles written by US soldiers, aid workers, journalists, and assorted experts. Yet in the last year — and promised on the horizon — are a small wave of Iraqi books written by Iraqis. 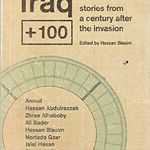 This collection of short stories, curated by Comma Press’s Ra Page and the award-winning Iraqi short-story writer Hassan Blasim, is set in 2103, 100 years after the invasion and subsequent Occupation of Iraq. What surprises the most is probably the wit and humor with which the tend authors included approach this concept. 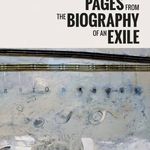 2) Pages from the Biography of an Exile, by Adnan al-Sayegh, co-translated Stephen Watts and Marga Burgui-Artajo (2016)

This luminous, raw collection of poetry follows the trajectory of Adnan al-Sayegh’s life, from his time as a soldier during the Iraq-Iran border war in the 1980s through his exile in London, and everywhere in between. Sharply painful, and can be read as a sort of memoir, a narration of Sayegh’s life in poetic bursts. 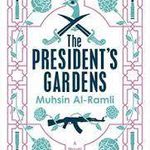 This is the second novel by al-Ramli Leafgren has translated: the first was his painful Dates on my Fingers, and this novel is no less brimming with the pain of the contemporary Iraqi experience. This English PEN-supported novel, published in April, in the words of fellow Iraqi novelist and Iraq + 100 contributor Ali Bader, “gives a hard critical examination of the power held by the Saddam Hussein, and after, the epoch of American occupation: the civil strife, unlawful killing, torture and ill-treatment, kidnapping and hostages…and sheds some specific reflection, albeit in fictional guise, on the nature of the authoritarianism.” 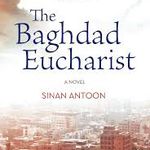 Released in April to acclaim, The Baghdad Eucharist, beautifully translated by Maia Tabet, follows a day in the life and conflicts of a displaced couple and their elderly cousin. You can read an excerpt of this International Prize for Arabic Fiction-shortlisted novel at Hoopoe Fiction. 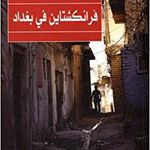 This novel — winner of the 2015 International Prize for Arabic Fiction — will finally be coming out from Penguin early next year. As Al-Mustafa Najjar wrote in his review for ArabLit, “Moral relativism is a dominant theme in the IPAF-longlisted novel, which tells the story of a “booze-smelling,” “dirty-looking,” “unfriendly” rag-and-bone man who embarks on a “noble” crusade: rummaging through the streets of the civil-war-torn Baghdad for fresh human organs.” 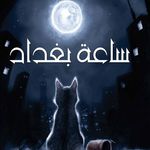 I had the pleasure of reading with Shahad al Rawi at this year’s “Mutanabbi Street Starts Here” event in Dubai, where the Iraqi novelist now lives. From the publisher’s description of this bestselling novel:

The novel is narrated by a young Iraqi girl and her best friend Nadia, who find themselves in an air-raid shelter in war-torn Baghdad during the first Gulf War. Populated by a host of colourful characters, we share the two girls’ dreams, music, school life and first loves as they grow up in a city torn apart by civil war. And as bombs fall, the international sanctions bite and friends begin to flee the country, the city services collapse while abandoned dogs roam the streets and fortune-tellers thrive amidst the fear and uncertainty.

7) Hassan Blasim — editor of Iraq + 100 and author of two short-story collections published by Comma Press — will reportedly be releasing a third, we hope very soon.

8) Iraqi short-story writer “Anoud” has also been contracted by Comma Press to produce a short-story collection.

9) The Watermelon Boys, by Ruqayya Izzidien, is finished and currently being considered by several publishers. I recently spoke with Ruqaya about writing Iraqis into Iraqi historical fiction, who said, “Before beginning writing The Watermelon Boys, I searched for months for fiction set in Mesopotamia around the First World War, but found just one series, that dealt overwhelmingly with the lives of soldiers – and when it did feature Arabs, they were the exotic context for the British protagonists. I knew through family stories that British forces had been in Basra during the war, but growing up through the British education system, I had not once been taught anything about it from an historical context. So, the idea for this book came from a fascination about this period that I felt had been censored out of the schooling system.”