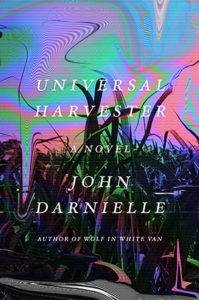 “This chilling literary thriller follows a video store clerk as he deciphers a macabre mystery through clues scattered among the tapes his customers rent. A page-turning homage to In Cold Blood and The Ring.” — O: The Oprah Magazine

There’s nothing like a good fright to get the blood flowing, and you can always count on books for a dose of thrill and chill. From the quietly creepy to the boldly terrifying, we asked you to share your favorite horror novels, and you responded. Here are 64 of your favorites!

The Ritual by Adam Nevill

The Willows by Algernon Blackwood

Losing Christina by Caroline B Cooney

The Croning By Laird Barron

The Stuff of Nightmares by Marlorie Blackman

Song of Kali by Dan Simmons

The Taking by Dean Koontz

At the Mountains of Madness by H. P. Lovecraft

The Watchers by Dean Koontz

Let The Right One In by John A. Lindqvist

The Face by Dean Koontz

Mr. B Gone by Clive Barker

The Pit and the Pendulum by Edgar Allen Poe

The Great and Secret Show by Clive Barker