Why do people read sad books, especially memoirs about grief? It seems like such a strange pursuit, to immerse oneself in sadness and grief on purpose, to voluntarily feel bad for a while. But people read sad books all the time and clearly they have good reasons for doing so. It may be that they read them so they can understand their own experiences of grief and loss better, or it may be to contemplate the sorrow that is surely coming in the future. Or maybe it’s to understand an important part of the human experience, one that no person escapes.

It may also be the case that the experience of grief and loss inspires a particularly powerful depth and eloquence in writers, so that there are many great books on the subject. Maybe we read these books simply because many of them are very, very good.

Here are ten memoirs about grief that I have read in the last few years and particularly admired. Let me know of others you have found in the comments. 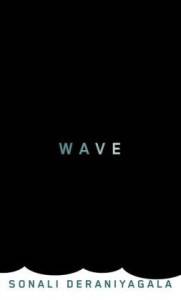 This grief memoir is devastating. Deraniyagala lost her parents, her husband, and her two children in the 2004 tsunami in Sri Lanka. She barely escaped herself. She writes about the experience in a simple, straightforward, and powerful way, covering the tsunami itself and her suffering afterward, as well as looking back at her life before the wave.

The Long Goodbye by Meghan O’Rourke

O’Rourke lost her mother to cancer at the age of fifty-five, and this is the story of her mourning and also a contemplation of grief itself. It’s beautifully written and deeply thoughtful. O’Rourke is a poet as well as a memoirist, and you can sense it on every page. 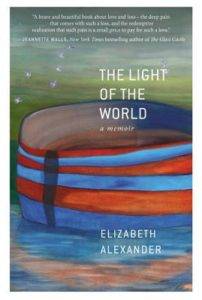 This is a love story as well as a grief memoir. Alexander captures her deep love for her husband, alongside her grief at his sudden and unexpected loss. Alexander is also a poet, and this book somehow captures a sense of warmth and joy in the midst of wrenching sorrow.

Didion’s book may be the most famous on my list, and with good reason: it’s one of the most masterful memoirs about grief from one of our best writers. Didion tells the story of the death of her husband and the severe illness of her daughter. If you want more, you can turn to her follow-up, Blue Nights, another powerful memoir about suffering and loss.

The Body Undone: Living on After Great Pain by Christina Crosby

This book is a grief memoir of another type: Crosby mourns the loss of her own health and mobility after a terrible bicycle crash. The book is the story of that crash and also a meditation on identity, the body, and pain. It’s perhaps the most philosophical book on this list: read it if you want to spend some time in deep thought. 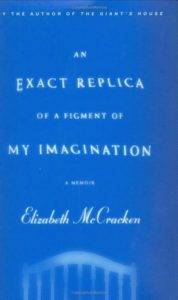 In this memoir, McCracken describes the loss of her much-hoped-for child in her ninth month of pregnancy. It’s a wrenching story. In McCracken’s own words, “This is the happiest story in the world with the saddest ending.”

This book is about grief — Macdonald writes about the death of her father — and also about falconry. Macdonald brings these two seemingly unrelated subjects together with some of the most beautiful writing on nature you will ever find.

Ward tells the story of the deaths of five young men, friends and relatives, from her hometown of DeLisle, Mississippi. She connects those deaths to American culture at large, which has largely failed to value the lives of African Americans. Her memoir is both moving and a valuable portrait of the effects of racism. 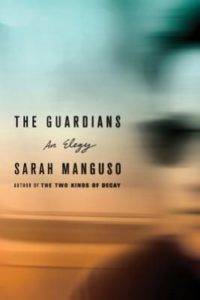 The Guardians: An Elegy for a Friend by Sarah Manguso

This is the story of a friendship, one that ended when the friend in question, a man named Harris, committed suicide. Manguso’s writing is spare and the book is short, but it’s a powerful exploration of love and companionship.

Doty’s memoir describes the loss of his partner Wally to AIDS, recounting their relationship, the discovery of Wally’s illness, his death, and the aftermath of Doty’s loss. Doty — like several others on this list — is an accomplished poet, and the writing here is enchantingly beautiful.

What memoirs about grief do you recommend reading? Find even more related book recommendations here.