In February, I had the honor of attending my first artist residency. Along with two phenomenal artists, I occupied a large house in the small town of Corsicana, Texas, which incidentally was the first place that oil was discovered in Texas, and which has statues of workers placed at street intersections. The house itself was an old Odd Fellows lodge, making it all the more fascinating. Best of all, though, I got to read a lot while I was there.

It was my first time in Texas and I confess I loved it. To honor the state I spent a glorious two weeks in, I wanted to feature some excellent books by writers who call Texas their home.

David Searcy lives in Dallas but also has a studio and writing space in Corsicana, right across the street from where I was staying, which made for a happy accident. His most recent book, Shame and Wonder, is a gorgeous collection of essays, about everything from cereal box prizes to his close friend who died in a barely-existing town named Uncertain in Texas. The essays are united by their style and the fierce intelligence behind them, coupled with Searcy’s humility. A gorgeous essay collection and tinged with Texas throughout. 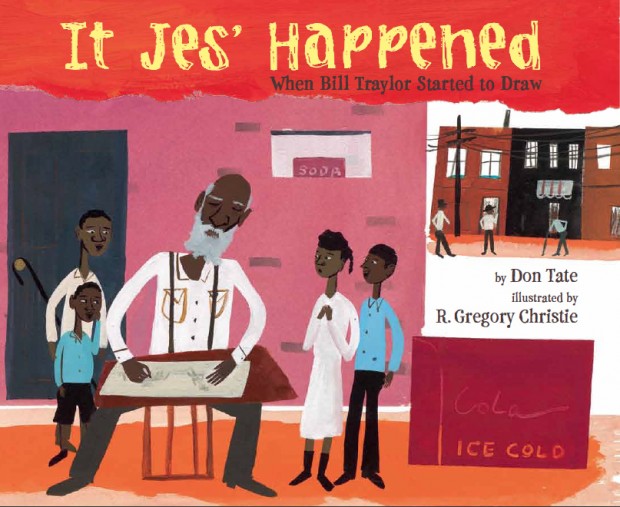 Don Tate may have been born in Iowa, but he’s a Texas writer now, living in Austin with his wife and kid. He started out as an illustrator for books like Ron’s Big Mission and She Loved Baseball: The Effa Manley Story, but recently has begun writing his own books, the first one being It Jes’ Happened: When Bill Traylor Started to Draw. He’s also one of the founders of The Brown Bookshelf, a blog that aims to showcase the African American authors writing children’s books today.

Though she lives all over the place later in life, Katherine Anne Porter spent many, many years in her birthplace, Texas. Best known for her short stories, Porter also wrote the novel Ship of Fools. Most of her stories took place in the American South, so it’s fair to say that growing up in Texas had an effect on her creative work. Porter also wrote nonfiction – at least one essay collection – and her letters were published posthumously as well.