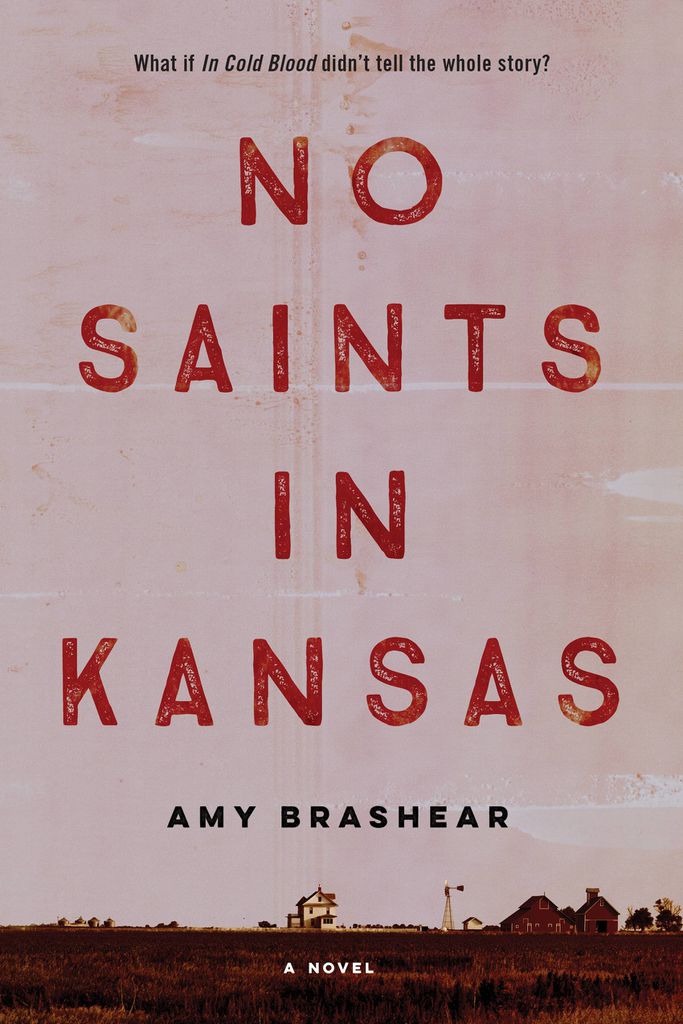 We’re so excited to reveal the cover of Amy Brashear’s No Saints in Kansas, a fictional retelling of Truman Capote’s In Cold Blood, told from the point of view of the best friend of the murdered Nancy Clutter. Further fictionalizing a book that is itself half fiction, half not, is quite the undertaking, and we can’t wait to read it! Below are a few words from Amy about why she chose In Cold Blood to re-tell–check those out, and then take a look at the cover underneath!

Truman Capote’s In Cold Blood is one of my favorite books, more so because I lived in Garden City, Kansas when I was a kid. Six miles from Holcomb, where the murder of the Clutter family, detailed in In Cold Blood, happened. When we moved to Garden City from Arkansas we started going to a church in town and the first person we met at Vacation Bible School was a lady who told my mom about the murders. Older people around town would mention the murders in passing and talk about the tiny man with the unique voice wanting to know everyone’s business.

The first time I read In Cold Blood, I was in the sixth grade. It was such a horrific story about real life people that were killed for absolutely no reason at all. Yet as I read the book, it was interesting to finally understand what everyone was talking about. Having lived in Garden City and spent many a sleepover in Holcomb, I have a greater appreciation for what Capote meant by writing about “Out There.” It’s a place where the wind always blows, where the money always smells, where the fence posts and trees are the same height, and where the wheat plains meet the sky. Southwest Kansas can truly be a lonesome place, but it’s still home.

The No Saints in Kansas cover is so perfect. The farmhouse with the red background that looks like blood. For a retelling of the classic, it was important to me it complement the original cover of In Cold Blood, which I think this does very well. Thank you so much Soho Teen. I could not be more excited.