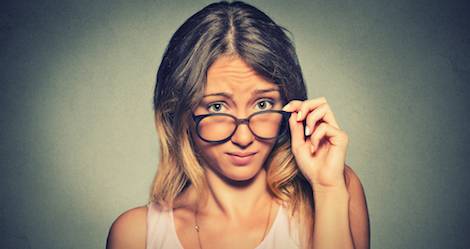 What book to you humble brag about having read? We all have one, that super-difficult book you slogged through one summer on principle in your pre-DNFing days.

As I see it, there are two basic categories of difficult. Some books are difficult to read because of the subject matter. A few years ago, for example, I read Jon Krakauer’s Missoula and let me tell you: that is a hard book to read. The subject matter, sexual assault on college campuses and the failure of both the legal and educational systems to help victims, is just brutal. Krakauer’s crystal clear prose doesn’t make it easy on the reader, either. 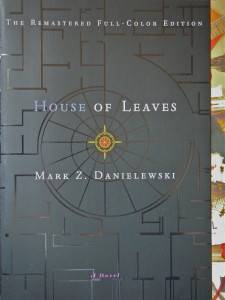 Other books are difficult to physically process as prose. I’m absolutely willing to admit that I will stick with a book that has difficult subject matter long after I’ve abandoned an experiment in postmodernist fiction.

I’d like to tell you that the most difficult book I ever read was a Russian classic or Homer’s Iliad in Ancient Greek. Sadly, I am not that sophisticated. The hardest book I’ve ever read was House of Leaves by Mark Z. Danielewski. For as long as I can remember, my anxiety dreams have tended to involve creepy houses (not haunted houses but houses where something is slightly off, or I’m lost, or someone is looking for me. Maybe I should talk to someone about this?). Anyway, I picked up House of Leaves as a teenager because it used this fundamentally creepy premise but I had no experience reading post-modern books. So while I adored the story of a family that moves into a house that seems to be bigger on the inside than on the outside, to this day I’m not really sure I understand what happened. It took me a long time to get through and, honestly, I’m not even sure I read it correctly. There are parts you have to read in a mirror, color coded passages, and footnotes linking two distinct stories together. On balance, I’m glad I read it– it is deeply creepy– but I haven’t really made any effort to read postmodern fiction since. That might be unfair? At the same time, I do kind of like knowing what the f*ck is happening on the page.

I got curious about what genres of writing are a struggle for my fellow readers so I asked the Book Riot contributors what book they groan about when they remember reading it. Like House of Leaves, the books they talked about are difficult to read in the most literal way: complicated sentences, disjointed plots, books that are a million pages long and hard to hold up after a while, etc.

Please use the comments to tell us/humble brag about the hardest book you’ve ever read! 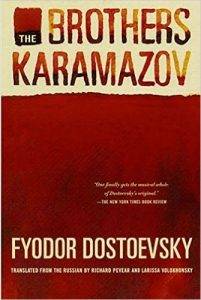 Category ID: 476
Category ID: 14292
Check Your Shelf Newsletter
Sign up to receive Check Your Shelf, the Librarian's One-Stop Shop For News, Book Lists, And More.
Thank you for signing up! Keep an eye on your inbox.
By signing up you agree to our terms of use
I read The Brothers Karamazov when I was a senior in high school. The class was simply called “The Russians” and the class was comprised of a bunch of guys from the debate team…and me. The school was private, academically rigorous (we claimed the debate team was the most successful “sports” team we’d ever have and we weren’t wrong), and intense. My interests were reading, writing, and smoking pot. I had no idea what the hell The Brothers Karamazov was about. There was a handy list of names in the front of the book but every time I started to follow the plot, we’d break off and debate philosophy or Russian history and I’d be lost all over again. All I remember from the book is a really cool scene with Ivan and the devil (spoiler alert? No idea.). I’m tempted to pick it up and give it another go but then I have prep school debater flashbacks and I decide to curl up with a Babysitter’s Club book instead. There are only like seven characters, max, in each BSC book.
–Katie MacBride 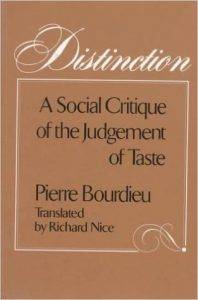 Distinction: A Social Critique of the Judgement of Taste by Pierre Bourdieu
The summary and subtitle of this book makes it sound really interesting, and something I want to know more about. It’s about taste and cultural goods, and what your upbringing, education, occupation, and class status can reveal about the kinds of books, movies, art, music, and sports you enjoy. Some of Bourdieu’s more famous theoretical concepts, such as cultural capital and habitus, are discussed in this book. But I could not finish this book. First, it’s huge. Roughly the size of a brick and about just as heavy. Second, and this is the main reason, I find it difficult to read long, complex sentences that go for days. And that is pretty much Bourdieu’s writing style. By the time I reached the end of a sentence, I’d forgotten what the beginning was about. Now that the penny has dropped and I understand his theories, it doesn’t seem so bad, but it took me years to learn to read him. And I was never brave enough to attempt the entire book.
–Jen Sherman 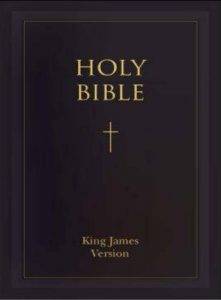 The Bible
Why is The Bible so hard to read? Comparing narration times at Audible.com, The Bible is about as long as The Stand and Anna Karenina combined, books I had no trouble finishing. Long, but not that long. Length doesn’t make The Bible a hard read. Nor does its variety of prose styles. All kinds of people have been reading it for thousands of years. Yet, it feels like climbing Mt. Everest to read from Genesis through Revelations. Hard to read comes from hard to relate. I’ve struggled for years to finish, but to be honest, I keep bogging down in books of boring begats, or other long forgotten histories. I’ve read many of 39 books of the Old Testament, but some of them are downright tedious. The 27 books of the New Testament are easier on average, but it too has deserts of dry words to traverse. In 2016 I finally learned the secret of making the boring books fascinating. Read about each book first, even if it’s just the Wikipedia entry. Once I learn why a book was written, and how it fits into history, archeology and literature, the easier it is to enjoy for what it was meant to be. I especially recommend reading Who Wrote the Bible? by Richard Elliott Friedman before reading the first five books (Genesis, Exodus, Leviticus, Numbers, and Deuteronomy) and The Bible Unearthed by Israel Finkelstein and Neil Asher Silberman for the next nine.
– James Wallace Harris 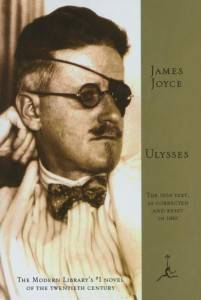 Ulysses by James Joyce
I feel like I should just write “Because… Ulysses” and I would be done with this entry. Seriously, why does James Joyce want to hurt my eyeballs? But joke’s on him! I finished it! I can’t tell you a damned thing about that book, but I read every.single.page. And it’s possible that my corneas paid the price.
–Elizabeth Allen 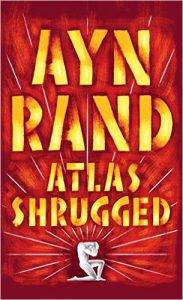 Atlas Shrugged by Ayn Rand
The language in Atlas Shrugged is bare-bones simple, which is effective in some ways, because Rand is most definitely talking down to her audience and wants to make sure they fully digest her pre-chewed ideas without missing a morsel. For me, the book was a natural progression after reading Anthem in high school, one of her essays in college, and her biography on a whim. However, tell people you’re reading Atlas Shrugged and you will discover that the journey tends to transform people into insufferable “nobody deserves the fruits of my labor but me, and poor people deserve every hardship that comes their way” jerks. Or at least, that’s the impression I got the entire time I was reading the book. Don’t get me wrong, Shrugged is a total slog, but it had some okay statements in it about integrity, valuing yourself and your work, and understanding the value of a dollar.

However, everyone else seemed to have already met That Guy in college who absorbed only the worst concepts from Rand’s work and lectured anyone who’d listen about them. I was only trying it out of intellectual curiosity (and maybe a little smugness)! I remember reading most of the book on an e-reader, partly because my library’s hardback edition was a pain to lug around, but also because I didn’t like getting eyerolls from people assuming I was reading it to complete my metamorphosis into a “got mine” libertarian.
–Thomas Maluck 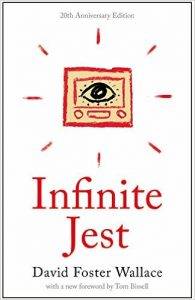 Infinite Jest by David Foster Wallace
What’s not hard about this book? Seriously, the fact that it’s 1,000+ pages was probably the easiest part of my reading experience. Between the alternate timeline (what year is the year of the whopper, again?) to the more than two hundred characters to fragmented, nonlinear structure nothing about this book cuts the reader any slack. Did I forget to mention the footnotes? Oh the footnotes. Luckily, this book is highly chronicled on the Internet. Once I broke down and read through various resources including, outlines, chronologies, and character lists the reading got a lot more fun. And the book is magical. I can’t explain why, but I loved it. I found myself unwilling to let go as I reached the final pages.
– Alison Doherty 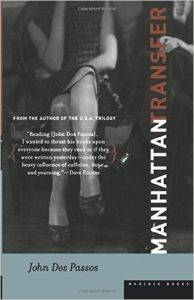 Manhattan Transfer by John Dos Passos
I think it should be a crime to have students in under grad honors classes read this. Manhattan Transfer captures early twentieth century New York in several hundred pages, hopping from character to character. The jumps between character and the experimental prose make for a confusing narrative. Even with a week spent on the book, I had no idea what was going on by the end of it.
– Priya Sridhar 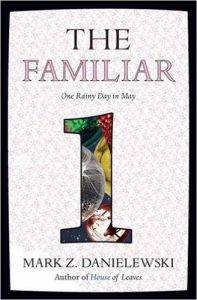 The Familiar, Volume 1: One Rainy Day in May by Mark Z. Danielewski
Seriously, how do I read this? This beautiful, confounding beast of a novel gave me motion sickness. THE WORDS ARE RAINDROPS. EVERYTHING IS COLOR-CODED.
–Jan Rosenberg