This week’s “3 On A YA Theme: Spy Stories” is sponsored by Swoon Reads and You Don’t Know My Name by Kristen Orlando. 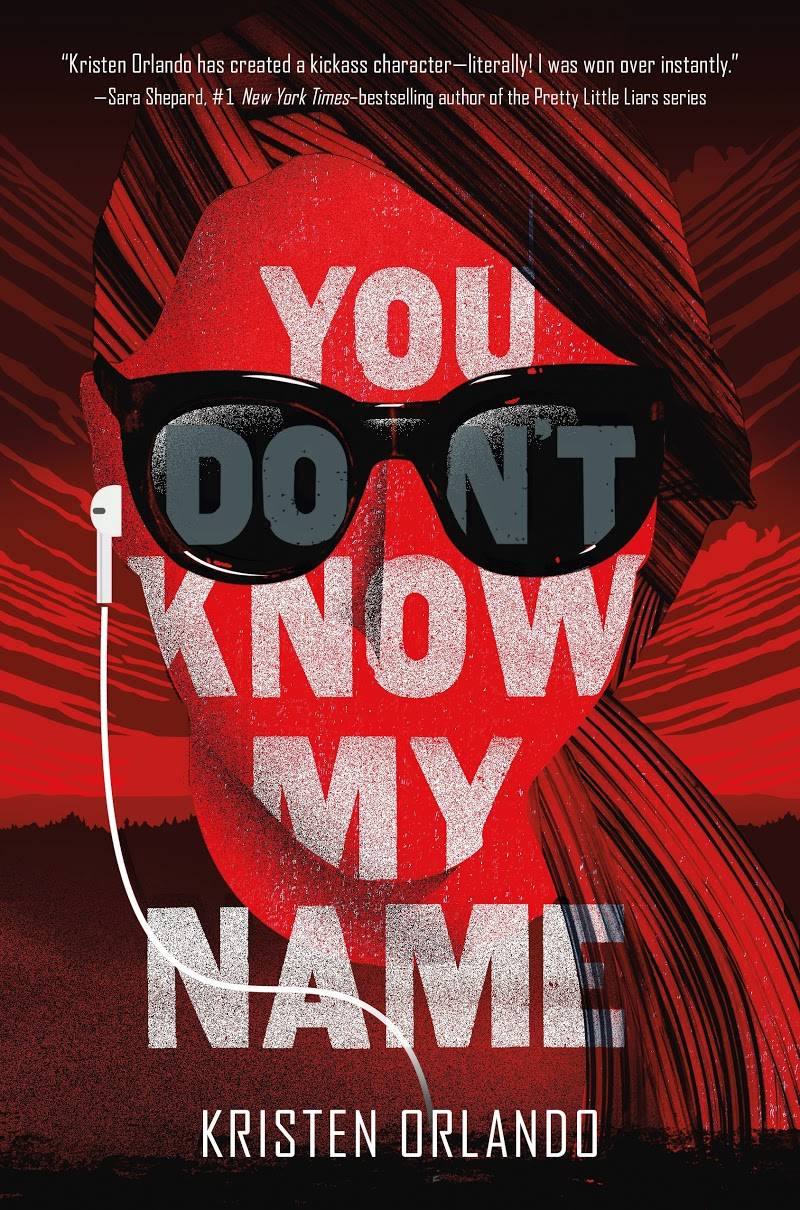 Reagan is used to changing identities overnight, lying to every friend she’s ever had, and pushing away anyone who gets too close. Trained in mortal combat and weaponry her entire life, Reagan is expected to follow in her parents’ footsteps and join the ranks of the most powerful top-secret agency in the world, the Black Angels. But she’s fallen in love and now has to decide: Will she use her incredible talents and lead the dangerous life she was born into, or throw it all away to follow her heart and embrace the normal life she’s always wanted? Does she even have a choice at all? Read more at SwoonReads.com.

Who doesn’t love a good spy story? Or, rather, who doesn’t love good spy stories that involve teenagers doing the dirty work? There are a lot of great YA spy stories, and because I can’t limit it to three, you’re getting a nice pile of teen spies. As a bonus, too, many of these titles are the first in a series, so you’ll get to spend a ton of time with these spies.

If this is your jam, then you’ll want to back track to an older post about teen sleuths who are perfect for Veronica Mars fans, too. 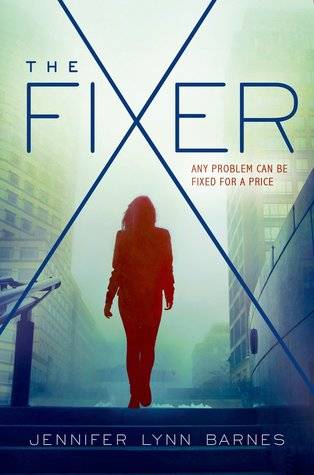 Sixteen-year-old Tess Kendrick has spent her entire life on her grandfather’s ranch. But when her estranged sister Ivy uproots her to D.C., Tess is thrown into a world that revolves around politics and power. She also starts at Hardwicke Academy, the D.C. school for the children of the rich and powerful, where she unwittingly becomes a fixer for the high school set, fixing teens’ problems the way her sister fixes their parents’ problems.

And when a conspiracy surfaces that involves the family member of one of Tess’s classmates, love triangles and unbelievable family secrets come to light and life gets even more interesting—and complicated—for Tess. 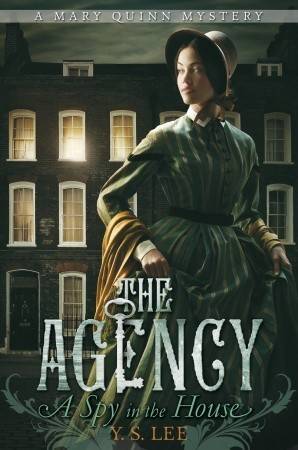 The Agency: A Spy in the House by YS Lee (series)

Rescued from the gallows in 1850s London, young orphan (and thief) Mary Quinn is surprised to be offered a singular education, instruction in fine manners — and an unusual vocation. Miss Scrimshaw’s Academy for Girls is a cover for an all-female investigative unit called The Agency, and at seventeen, Mary is about to put her training to the test. Assuming the guise of a lady’s companion, she must infiltrate a rich merchant’s home in hopes of tracing his missing cargo ships. But the household is full of dangerous deceptions, and there is no one to trust — or is there? Packed with action and suspense, banter and romance, and evoking the gritty backstreets of Victorian London, this breezy mystery debuts a daring young detective who lives by her wits while uncovering secrets — including those of her own past. 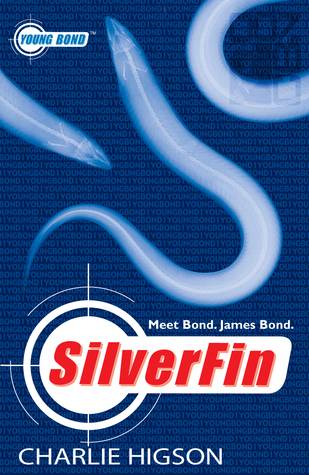 Before the name became a legend. Before the boy became the man. Meet Bond. James Bond.

Something is in the water at Loch Silverfin. Something deadly. Something secret.

On his first day at Eton, James already meets his first enemy. In remote Loch Silverfin, a terrifying discovery threatens to unleash a new breed of warfare. 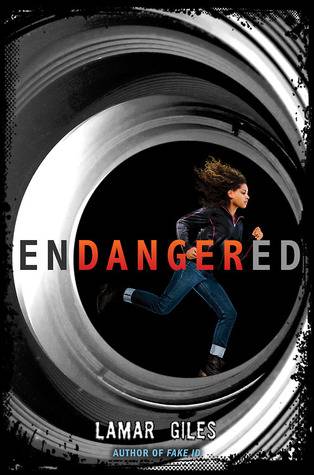 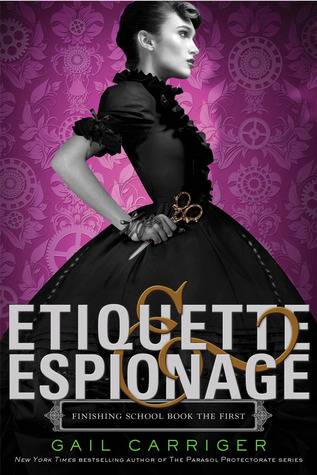 Fourteen-year-old Sophronia is a great trial to her poor mother. Sophronia is more interested in dismantling clocks and climbing trees than proper manners–and the family can only hope that company never sees her atrocious curtsy. Mrs. Temminnick is desperate for her daughter to become a proper lady. So she enrolls Sophronia in Mademoiselle Geraldine’s Finishing Academy for Young Ladies of Quality.

But Sophronia soon realizes the school is not quite what her mother might have hoped. At Mademoiselle Geraldine’s, young ladies learn to finish…everything. Certainly, they learn the fine arts of dance, dress, and etiquette, but they also learn to deal out death, diversion, and espionage–in the politest possible ways, of course. Sophronia and her friends are in for a rousing first year’s education. 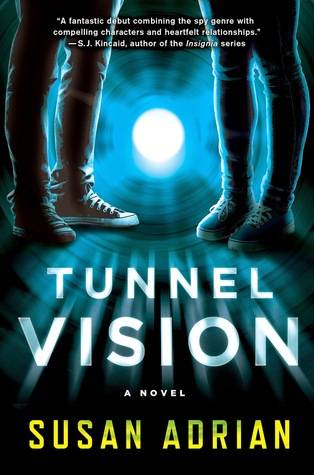 Jake Lukin just turned 18. He’s decent at tennis and Halo, and waiting to hear on his app to Stanford. But he’s also being followed by a creep with a gun, and there’s a DARPA agent waiting in his bedroom. His secret is blown.

When Jake holds a personal object, like a pet rock or a ring, he has the ability to “tunnel” into the owner. He can sense where they are, like a human GPS, and can see, hear, and feel what they do. It’s an ability the government would do anything to possess: a perfect surveillance unit who could locate fugitives, spies, or terrorists with a single touch.

Jake promised his dad he’d never tell anyone about his ability. But his dad died two years ago, and Jake slipped. If he doesn’t agree to help the government, his mother and sister may be in danger. Suddenly he’s juggling high school, tennis tryouts, flirting with Rachel Watkins, and work as a government asset, complete with 24-hour bodyguards.

Forced to lie to his friends and family, and then to choose whether to give up everything for their safety, Jake hopes the good he’s doing—finding kidnap victims and hostages, and tracking down terrorists—is worth it. But he starts to suspect the good guys may not be so good after all. With Rachel’s help, Jake has to try to escape both good guys and bad guys and find a way to live his own life instead of tunneling through others. 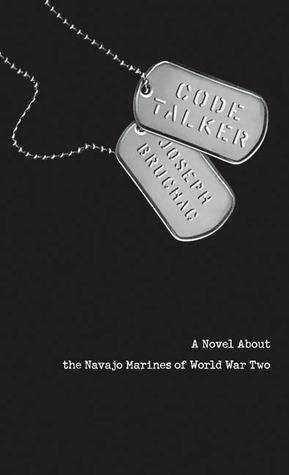 Throughout World War II, in the conflict fought against Japan, Navajo code talkers were a crucial part of the U.S. effort, sending messages back and forth in an unbreakable code that used their native language. They braved some of the heaviest fighting of the war, and with their code, they saved countless American lives. Yet their story remained classified for more than twenty years.

Joseph Bruchac brings their stories to life for young adults through the riveting fictional tale of Ned Begay, a sixteen-year-old Navajo boy who becomes a code talker. His grueling journey is eye-opening and inspiring. This deeply affecting novel honors all of those young men, like Ned, who dared to serve, and it honors the culture and language of the Navajo Indians. 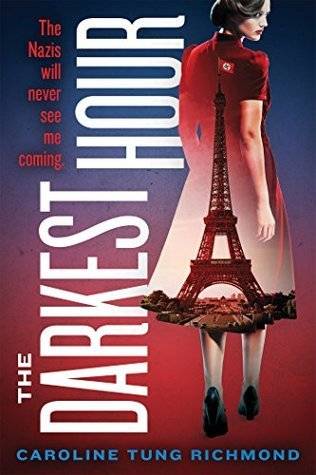 My name is Lucie Blaise.

I am sixteen years old.

I have many aliases, but I am none of the girls you see.

What I am is the newest agent of the CO-7.

And we are here to take down Hitler.

After the Nazis killed my brother on the North African front, I volunteered at the Office of Strategic Services in Washington, DC, to do my part for the war effort. Only instead of a desk job at the OSS, I was tapped to join the Clandestine Operations — a secret espionage and sabotage organization of girls. Six months ago, I was deployed to German-occupied France to gather intelligence and eliminate Nazi targets.

My current mission: Track down and interrogate a Nazi traitor about a weapon that threatens to wipe out all of Western Europe. Then find and dismantle the weapon before Hitler detonates it. But the deeper I infiltrate, the more danger I’m in. Because the fate of the free world hangs in the balance, and trusting the wrong person could cause millions of lives to be lost. Including my own.

Sign up for What's Up In YA? to receive all things young adult literature.
Thank you for signing up! Keep an eye on your inbox.
By signing up you agree to our Terms of Service
#Young Adult Literature#3 on a ya theme#spies