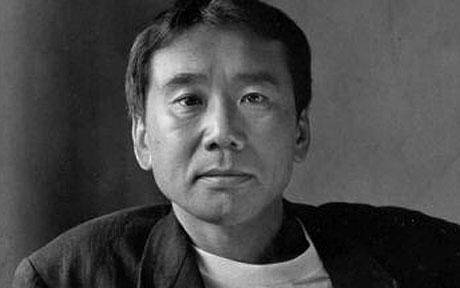 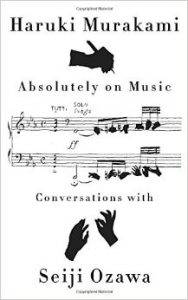 When Absolutely on Music came out last year, I was pretty thrilled. This book about classical music by superstar Japanese novelist Haruki Murakami, in conversation with conductor Seiji Ozawa, explores one of the writer’s favorite subjects: particular recordings of classical music. As anyone who has read a lot of Murakami knows, his protagonists are often drawn to certain versions of certain pieces, and as a classical music lover myself, I have always enjoyed those parts of his books.

However, I immediately knew that this volume fell into the “borrow, don’t buy” column for me. (I am, in fact, still in the library queue for this book.) There are several reasons for that, involving a complicated formula of (attention span + shelf space) – food / finances = me not buying this book.

But as someone who believes the most effective and awesome way to participate in the free-market economy is to give people money for their creative endeavors, it’s a little hard for me to openly suggest not purchasing a book. All in all, I don’t feel too badly about it because, first of all, dude must be rolling in cash for serious by now. And secondly (confession), because I have every single one of Murakami’s novels on my shelf. (Plus one beautiful comic about rats in French).

I went through a bit of a love-hate phase with the author, and have read all of them at least twice–some I remember and others blur into one another–but you don’t need to do that. You can pick and choose. And I can help you, with this highly opinionated and totally personal–but also potentially helpful–guide to buying, borrowing, and bypassing Haruki Murakami’s novels. 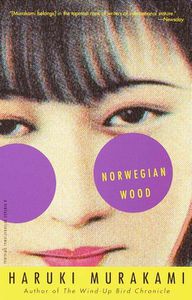 This is a great one to have in your library if for no other reason than, as mentioned in this post, it’s the perfect place to start with Murakami and so you’ll want to loan it out to friends. (Though, make sure you get it back. I just realized my own copy is actually a loaner from about a decade ago. And don’t loan it to grandma–there is a ton of sex.) It has all the common Murakami themes, and that distinct feel, but this novel is less of a brain twist and does a lot less wandering in and out of metaphysical labyrinths. It isn’t my favorite, but it certainly deserves more than one read, especially because it is a lovely coming-of-age story and contains a rich web of cultural references, particularly references to music. 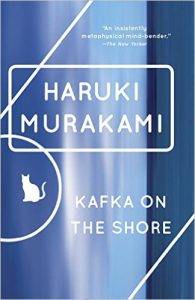 Kafka on the Shore

I’ve read this one again and again and I never get tired of it. Part of the reason this book is so addictive (I’m pretty sure I had to ask for an extension on a paper in college because I could not put it down) is that it has that familiar feel of a well-crafted mystery, where you’re racing along to find out whodunit, but the mystery is never solved or, at least, the solution remains in the realm of metaphor. Out of all his books, I think this one is the most fun to subject to an intense theoretical literary analysis. It’s got the Oedipal themes, the connection to Kafka, the labyrinth, some interesting portrayals of gender, and is also–according to this review–deeply influenced by Shinto in a way that structures the author’s ever unique fictionsphere. 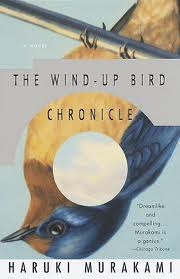 This deserves a spot on the bookshelf because it is a Murakami classic. The book is really where the perfect blend of all the author’s most famous elements come together harmoniously. It also deals with heavy themes such as Japan’s legacy after WWII, and, out of all the love stories, I found this one to be the most believable and the most touching. When Toru Okada’s wife goes missing, he immerses himself in a quest to find her, which takes him from the bottom of a well to an otherworldly hotel room, trying desperately to bring her back from mysterious evil forces that hold her captive. This novel also boasts what are perhaps the most well formed minor characters, in women like psychic sisters Creta and Malta Kano and Toru’s neighbor May Kasahara.

Hard-Boiled Wonderland and the End of the World

This is the closest Murakami ever comes to more traditional science fiction. He defines certain parameters of his strange labyrinthine world, clarifies them for the reader, and makes his characters follow the dictates of the fictional world’s structure. While his work usually lies somewhere between Raymond Chandler and Phillip K. Dick–with a couple of David Lynch films thrown into the mix–this novel gives you that great “aha!” moment where the strange phenomena suddenly fit together according to a certain logic. I am also particularly fond of the female lead in this cast of characters who, unlike Murakami’s usual willowy, ethereal, dream-like and totally symbolic women, is a stout, self-sufficient, intelligent, and all-around kick-ass gal. 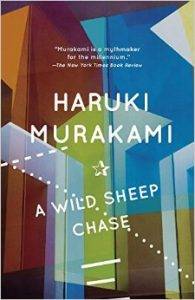 This book gives me chills every time I read it. The creepiness of the dolphin hotel, the enduring strangeness of the Sheep Man, the confusion and searching spirit of the unnamed protagonist. There’s a wonderful “knight errant” motif but, perhaps most striking is the way this book draws from the horror genre in interesting ways. While there are certainly some gory details all of Murakami’s novels, this is the only one that has a combination of the classic spatial elements of horror–the haunted house, the hotel that operates of its own accord, the vast abandoned fields, the super anthropomorphic creature. 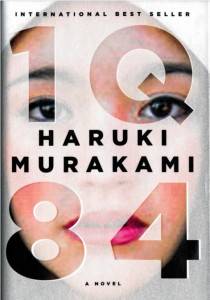 This gigantic book (which was originally published as a trilogy and is often found as three separate books) is such a toss-up for me. I think I would be sad if it suddenly disappeared from my shelf. At the same time, I don’t really think I will ever open it again. I liked it enough while reading, but I can’t remember much about it and I found the characters somewhat flatter than in the other novels. However, it was entertaining, and it’s one of those great novels that will hold your attention for quite a while.

This book returns to the Dolphin Hotel, with the same unnamed protagonist who is trying to recapture his previous experience there and who, along the way, befriends a rebellious, clairvoyant 13-year-old who leads him into adventures. Especially read if you liked A Wild Sheep Chase, but if your library is too crowded, you can skip buying. 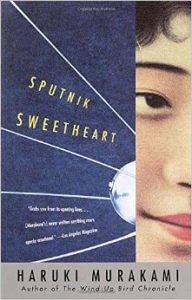 There’s a bit of a Vertigo-esque theme here, with the chainsmoking, androgynous, eccentric writer Sumire attempting to turn herself into a replica of the glitzy, pearl-donning, wine dealer Miu. But instead of doing so out of love for a man (à la Hitchcock), she undergoes this transformation out of a deep and lustful romantic pining, trying to turn herself into the woman she loves. This is all watched from afar by a young man named only “K” who, of course, is unrequitedly in love with Sumire. At times it’s a touching portrait of young folks trying to figure it all out, and at other times, it’s a distinctly weird deconstruction of our most basic notions of self. It’s definitely worth a read, but not necessarily a keeper.

South of the Border, West of the Sun

Similarly, this novel is a good one, but it wasn’t one of the Murakami books I immediately wanted to turn back to the first page and start over. Despite their esoteric otherworldliness, Murakami’s books are always dealing with the most clichéd themes of all. But what happens is that the author expertly renders those clichés into the realm of the metaphysical or the surreal. Here, the cliché is “the one that got away” and when childhood sweethearts meet once again after thirty years apart, their lives are thrown for a loop. But, being Murakami, it’s a loop that goes far outside the established norms of what we might call the “real” world. From an author who was nominated in 2011 for the famous Bad Sex in Fiction Award, the sustained eroticism throughout the novel, though somewhat redeemed by its frankness, is actually kind of a drawback. 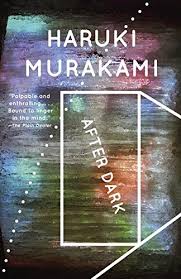 What is so deeply appealing about the weirdness of Murakami books is that they almost all, almost without fail, lead you right up to a kind of threshold, at which you have the impression that you are a mere page away from some kind of illumination. That you’ll “get” what is going on…any minute now… And of course, they almost all, almost without fail, leave you completely baffled in the end. But this novel doesn’t even go so far as to trick you into believing that comprehension is imminent. Conceptually, it’s interesting, but there is not a lot of plot to hang the concepts on.

I put these on the bypass list, largely because I feel that, when the author himself considers his early work to be a kind of preparatory period before beginning to be a real writer, he’s giving us a pass. Though they are part of the Rat Trilogy, which also includes A Wild Sheep Chase, and so might be worth a read just for the sake of thoroughness (which is why I read them), they are definitely an author’s early attempts at finding his voice, and somewhat missing the mark.

Colorless Tsukuru Tazaki and His Years of Pilgrimage

I sometimes think that a computer program was used to write this novel. It’s got all of the typical elements. The cat, the childhood friends mysteriously separated, the questing, but it falls flat. It’s as though someone plugged a certain Murakami data set into a machine and this is the resulting print-out. It’s not that the book is terrible, it’s just that when you have so many other great books by the same author to choose from (see above), this one might not be worth your time.