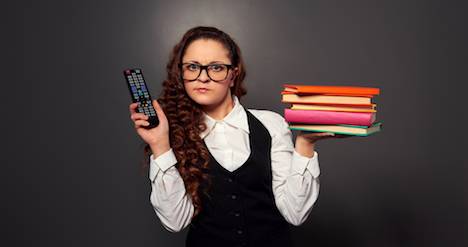 We need Christmas cheer more than ever this year. 2016 has hurt us in various ways and led to utter disappointment in November. Holidays can provide us hope that we can end this annual chapter on a good note. Maybe also we can brace ourselves for the upcoming chaos and disagreements. For that, we can turn to one constant: holiday specials and movies.

‘Tis the season to warm up cups of hot chocolate, munch on candy popcorn, and watch a classic DVD. A few come to mind that have comforted me, and that came from literature. These movies and TV specials provide Christmas cheer, and they can lighten up your dark and cold evenings. I hope that they can comfort you as well.

Despite being a British work, A Christmas Carol has pervaded American culture. The tale follows Ebenezer Scrooge, a miser landlord who has to review his life when spirits meet him before Christmas. They analyze his past, present and imminent future, offering sympathy and foreboding.
You wouldn’t expect the campy, loving Muppets to adapt a serious version of the tale. They succeed quite well, though, in balancing the comedy and the tragedy. The film despite that necessary balance keeps the tone mostly somber when discussing homelessness, sick children waiting to die, and alienating your loved ones. The writers wisely keep the comical moments to a minimum. We also get Michael Caine dancing awkwardly and singing well.

How the Grinch Stole Christmas

I refer to the original Chuck Jones short cartoon, rather than the feature length film or the upcoming remake. In the original cartoon, which was based on a Dr. Seuss children’s book, the Grinch hates Christmas. He also hates others’ happiness. He gets the bright idea to steal every Whoville resident’s Christmas tree, decorations and Roast Beast. Boris Karloff of Frankenstein fame narrates and voices the Grinch.

Chuck Jones was a master animator and cartoonist. In addition to Grinch, he worked on Looney Tunes, Tom & Jerry, and The Phantom Tollbooth. He owned the sinister Grinch smile, which his other characters sported. He also owned toying with the audience’s emotions, and drawing them deeper into the story. Though we despise the Grinch, we have to admit he has a style when stealing trees. His theme song also stays with us.

Most importantly, the special’s message never gets old: holidays are not about the gifts, or the food. Ideally they’re about the love and joy shared. We can become commercial, but the root of a perfect holiday lies in creating happiness.

The Nutcracker comes from a fairy tale by E.T.A. Hoffman, a Prussian author. This fairy tale inspired a Russian ballet, several animated movies and shorts, a new ballet adaptation with Maurice Sendak’s creative view, and even a Tom & Jerry cartoon. Disney took the music from the ballet for a beautiful segment in their film Fantasia, which showed fairies changing the seasons and mushrooms dancing.

The story is simple: young Clara receives a nutcracker as a gift from a strange old man; her brother then breaks the soldier. At night, rats  comes for the soldier, and for Clara. She has to help the nutcracker fight them off, and regain his true form. The ballet leaves out the bit where the Rat King extorts Clara’s toys and candy while she’s sick in bed, or when she borrows toy weapons from her brother to help mount a last stand.

Out of all these options, I like a Russian cartoon adaptation best. Soyuzmultfilm studio greenlit the short in 1973 , and Boris Stepantsev directed it. It manages to adapt the fairy tale most faithfully, while adapting Tchaikovsky’s lovely music, while displaying some gorgeous animation. In addition, unlike the ballet, the cartoon acknowledges that the magic happened, and gets right to the point. You can watch the short here.

You can enjoy more than one version of the Nutcracker. A person can listen to the soundtrack, watch different companies perform the ballet, or cuddle up with a holiday special. Which leads me to my next recommendation  . . .

The Magic Schoolbus was one of the best ways to learn science. Based on the book series, it often simplified concepts to explain to a preteen audience and make science exciting. Unsurprisingly, this paired well with Bill Nye the Science Guy on PBS, which had a similar angle.

In the show’s holiday special, the season three finale, classmate Wanda Li wants to rush through community recycling so she can go see the Nutcracker. Her surprised friends comply, but one accidentally crushes her toy soldier before she can use it to see the show. Wanda then wishes that recycling didn’t exist, so she could get her toy back. She then sees how such a world would exist, and how buildings, buses and sleds would fall apart.

The world is cruel. Adults are cruel. Occasionally, children are as well. Charlie Brown as his friends mull over presents and games becomes distraught, not knowing the meaning of Christmas. His attempt to direct a school pageant goes awry, and no one likes the Christmas tree he chose.

Sometimes we need a simple animation that shows a boy trying to succeed. We were all Charlie Brown this year.  Certain events made us question the meaning of things, our significance, and our impact on the world. Charlie Brown struggles with these questions on a regular basis but keeps going.

I had no idea this counted as a Christmas movie, and that a book inspired it, but Die Hard apparently qualifies according to my beta reader. Die Hard is based on Roderick Thorp’s 1979 novel Nothing Lasts Forever, and is set during the holiday. Bruce Willis plays a cop who has to save his wife from a terrorist attack while mending their marriage. Alan Rickman, RIP, plays the villain spearheading a terrorist plot.

Alan Rickman had a celebrated film career, and seeing him as a proper antagonist rather an anti-villain proves interesting. If the Christmas spirit is about bringing people together, then this film does that. 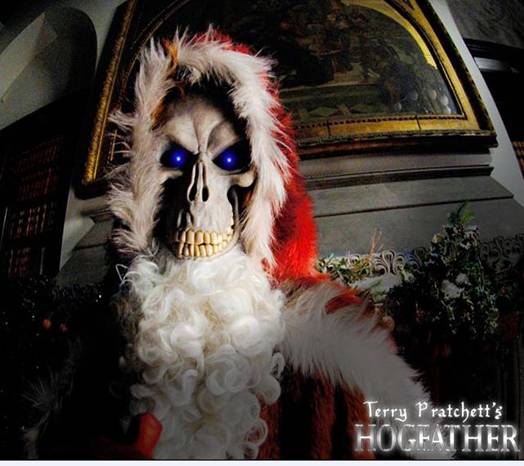 With all the traditional Christmas special, we must look at the more recent ones. Hogfather is entering it’ eleventh year, having aired in the UK in 2005. It nevertheless remains a funny, occasionally bittersweet adventure.

In Discworld, a flat fantasy world that rests on a space turtle’s back, a man with boars replaces the typical Santa Claus. Children wait for the Hogfather to ride with his pigs, bring toys, and chase away the cold. Certain beings, however, wish for the Hogfather to die. Death has to don the red suit while malevolent Auditors incapacitate the real Hogfather, and Death’s granddaughter Susan has to stop the hired assassin.

Like most satirical Discworld novels, Hogfather makes moving jabs at Christmas traditions and tropes. Death can’t quite master the jolly laugh, nor can he give safe presents. Susan treats her grandfather suspiciously, because every time they meet disaster seems to follow her.

The bittersweet bits balance out the comedy. Death insists on saving the little match girl, because life is a great gift. He also explains the need for childlike belief, to understand more abstract concepts like good and evil, and right and wrong.

What films do you like watching during the holidays? Which have roots on the printed page?