This last semester in my librarian master’s program, I took an amazing class on Indigenous children’s and young adult literature. One pattern that I was troubled by when I was doing research and reading books for the course was that I ended up finding and reading mostly books by Indigenous men. It troubled me that there had not been more gender diversity in my reading so far, especially as I know how important intersectionality is while doing anti-oppressive and decolonizing work. Intersectional feminist theory insists that the complexity of women’s lived experiences and the oppressions they face must be central to feminist activism, that Black, Indigenous, and other women of colour’s experiences are unique as women of colour. Indigenous women readers and authors of all ages experience their lives not as separate experiences as a woman and as an Indigenous person, but as a complex intersection of those identities. In the spirit of intersectional feminism and #ownvoices, here is part of the list that I created of Indigenous YA books by Indigenous women authors. These are books that young Indigenous women can identify with, and that will offer windows for other readers. 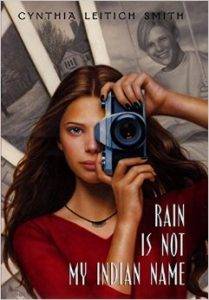 Rain is Not My Indian Name by Cynthia Leitich Smith (Muscogee [Creek] Nation) This is a quiet, contemplative novel about a 14-year old girl named Rain who is going through some tough stuff, most recently the death of her best friend / crush Galen but also her mother’s death years before, trying to connect with her Indigenous heritage (Muscogee / Creek and Ojibway), small town politics, her older brother’s unplanned pregnancy, and a friend breakup. That sounds like a lot, but Smith tells Rain’s story with confidence and heart and authenticity that never feels melodramatic. Rain tackles being removed from one side of her history and “not looking Indian” multiple times in the novel, while also realizing she doesn’t know everything. She is a real, likable, smart girl with a quiet strength. I would especially recommend this for fans of Jacqueline Wilson’s The House You Pass On The Way, both in terms of style and approach to tough topics. Rain is great representation for younger Native kids, especially ones of mixed heritage and lighter skin. Rain is Not My Indian Name is on the low end of YA or the high end of middle grade in terms of length and reading level. Ages 10-14. 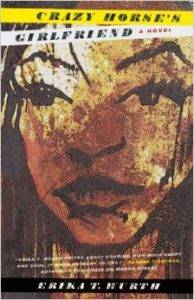 Crazy Horse’s Girlfriend by Erika T. Wurth (Apache / Chickasaw / Cherokee) A novel set in a harsh reality, Crazy Horse’s Girlfriend is a no-holds-barred book that also offers some sincere moments of hope and love. 16-year-old Margaritte is of Apache, Chickasaw, and Cherokee heritage, and she lives in Idaho Springs, Colorado. She’s a drug dealer, both her parents are physically abusive, her white dad’s an alcoholic, and her apparently nice new boyfriend turns out to be a lying cocaine user. Halfway through the book, she gets pregnant. This sounds like a straightforward story of misery, but it’s never that simple. Wurth continually resists the narrative of Margaritte as a tragic victim and imbues her with smarts and self-determination. No one is a stereotype. This novel provides lots to think about in terms of issues like cross-cultural adoption, teen pregnancy, poverty, colonization, queer Native identity, and more. It’s a book that refuses to provide easy answers, but is ready to show you other, unexpected options. Because it contains scenes of abuse and a fair amount of drinking and drug use, I’d use caution when recommending this to teens, erring on the side of older teens (16+). Great for fans of Eden Robinson. 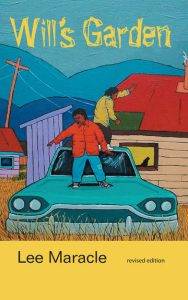 Will’s Garden by Lee Maracle (Sto:Loh) This quiet, introspective novel offers a unique perspective on being a young man on the brink of adulthood in Sto:Loh matriarchal society. Maracle offers non-Sto:Loh readers a privileged glimpse into Sto:Loh culture and community through the eyes of Will, a 15-year-old preparing for his coming of age ceremony, dealing with bullies at school, learning about homophobia and gender roles, and trying to decide what he wants to do with his future. The novel brims with wisdom, both from Will and his experiences and through the advice of all the women in his life. For example, Will has a particularly enlightening conversation with his aunt, who tells him that all kinds of work eventually become “grunt work,” and that he has to figure out his own way of making work interesting. Will’s Garden is a celebration of Sto:Loh community and values which has a lot to offer all readers on how to live a respectful, fulfilling life. Appropriate for ages 13+ and might be more enjoyed by older teens looking forward to their post-high school futures. 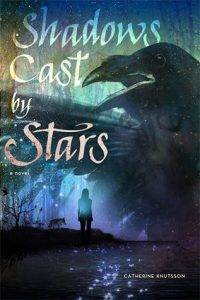 Shadows Cast by Stars by Catherine Knutsson (Métis) Shadows Cast by Stars is a welcome introduction of Indigenous themes and characters into the popular YA genre of dystopian science fiction. Featuring a Métis protagonist and set in the far future on Coast Salish territories, it stars Cassandra, a healer- and seer-in-training. The world she lives in is 200 years in the future, where a mysterious plague has stricken Earth and only Indigenous people’s blood has the antibodies. When a government search threatens Cass and her family, they flee to the “Island,” future Treaty land protected by a magical border and guerilla fighters. But the Island is no paradise, as Cass discovers how angry the spirit world is. Plotting and characterization are a bit thin in this book,  but it should win over fans of other dystopian / fantasy YA with female leads and a romance plot, like Sarah J. Maas’s Throne of Glass. Appropriate for ages 13+, especially enthusiastic readers, as it comes in at a total of 456 pages and is the first book in a series. 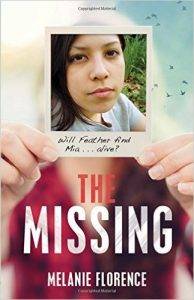 The Missing by Melanie Florence (Cree / Scottish) This approachable realist novel is about Feather, a Cree teen girl living in Winnipeg, who tackles missing and murdered Indigenous women head-on. It is a great introduction to this issue and a crucial way of personalizing what might be only a news story to some readers. The first half of the novel is a well-done introduction to characters and a build-up of clues for a mystery/thriller as Feather works to find the person targeting Indigenous women, including a classmate and her best friend. The second half doesn’t quite live up to the genre expectations of a thriller, unfortunately, and suffers from some issues with pacing—the action happens a bit late and a few key scenes are left off-stage. But the relatability of Feather’s character compensates for most of the flaws. Not officially classified as a hi-lo book, The Missing could be considered one: it is short at 188 pages, and the reading level is relatively low. Ages 13+. 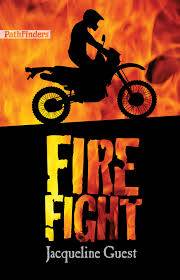 Fire Fight by Jacqueline Guest (Métis) Fire Fight is a hi-lo book about Kai Hunter, a 16-year-old Navajo and Stoney Nakoda young woman who is a runaway. After Kai’s grandmother dies, she takes off to Banff on her motorcycle to avoid being put in a foster home. She creates a new identity and lies her way into a job there, and is on her way to setting up a solid life, even finding a boyfriend who’s a fellow motorcycle-lover and discovering a mentor who teaches her about forest fire fighting. On the one hand, the melodramatic plot sometimes contradicts Kai’s otherwise characterization as strong and intelligent, but on the other hand it is that plot—Kai investigating suspicious forest fires and assessing whether her boyfriend can be trusted—that might keep some readers interested. Fire Fight is part of the Pathfinders series of hi-lo books by Indigenous authors featuring Indigenous teens. Crucially, the book comes with a list of resources (online, text, and phone) for runaway teens at the back. Ages 13+.