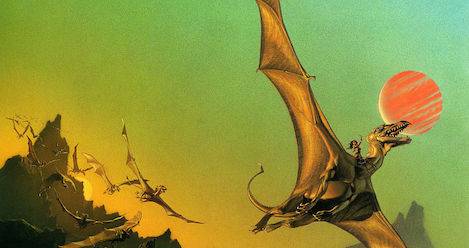 November 21 marks the fifth anniversary of Anne McCaffrey’s death. I grew up reading her books, particularly her Dragonriders of Pern series. She was the first novelist whose death made me cry. She was the first one whose work I connected with at a really emotional level. It was from her works that I first began to understand that science-fiction and fantasy could, and did, discuss important social issues. Really, sci-fi/fantasy provide an ideal medium to do so because they allow those topics to be discussed at a comfortable distance if needed.

McCaffrey’s canon is huge and she wrote many various series. However, as much as I adore ALL of her books, Pern was the scene of my first introduction to her, my true and abiding love. So in the interests of making this post not a thousand miles long, I stuck with quotes only from her Dragonriders of Pern series. Even this was a challenge to find just a handful of quotes I love and which I felt were particularly relevant to our times and not, like, just plagiarize her entire Pern canon here.

“Isn’t this planet big enough for differences?”  –The Chronicles of Pern: First Fall

“Make no judgments where you have no compassion.” –Dragonquest

“To cry was to release all sorts of ugly little pressures and tensions. Like waking out of a long, dark dream to a sun-filled day.” –Nerilka’s Story

“There’s something wrong in not appreciating one’s own special abilities, my girl. Find your own limitations, yes, but don’t limit yourself with false modesty.” –Dragonsinger

“When bad fortune occurs, the unresourceful, unimaginative man looks about him to attach the blame to someone else; the resolute accepts misfortune and endeavors to survive, mature, and improve because of it.” –Moreta: Dragonlady of Pern

“Exchange information, learn to speak sensibly about any subject, learn to express your thoughts, accept new ones, examine them, analyze. Think objectively. Think toward the future.” –The White Dragon

“It is time to end a story that began in sorrow and ordeal and has ended in a deep and lasting happiness. May it be so for others.” –Nerilka’s Story

“I have a shelf of comfort books, which I read when the world closes in on me or something untoward happens.” -Anne McCaffrey in an interview with Writing World.

“A man ought not be afraid to say he didn’t know. Nor a woman.” –Dragonflight

“Living was struggling to do something impossible – to succeed, or die, knowing you had tried!” –Dragonflight

“Some folk, too, believe what the loudest talker says. And some folk because it frightens them not to.” –Dragonflight

“Mostly I’m telling people that they don’t have to be victims.” -Anne McCaffrey in an interview with Writing World.

Do you have any favorite quoted from Anne McCaffrey? I hope you will share them in the comments box if you do! 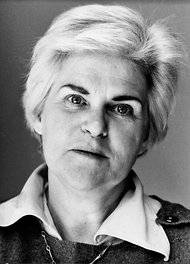