New movie Arrival is smart science fiction and on track to win as big with awards panels as it is with audiences. It might feature aliens, but it’s essentially about the importance of words, something anyone who has bookmarked this website knows to their very bones. 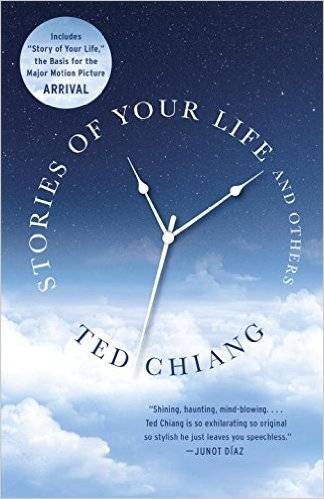 Stories of your Life and Others by Ted Chiang
Chiang wrote the short story that was the basis for Arrival, and his other writing is just as strong. He’s not a Nebula, Hugo (and more) award winner for nothing, you know.

The Flame Alphabet by Ben Marcus


Plays with the idea of language, but in a far more chilling way than Arrival. Here, the speech of children has somehow developed to become toxic to adults, separating families and turning even a small teenage tantrum into a potential massacre. In this strange but intriguing novel words and weapons, literally.

The Mother Tongue: English and How It Got That Way by Bill Bryson
Bryson’s dad humor is always a comfort, and here it’s combined with his love of language to make the perfect treat for word nerds. Sure, this would probably make an actual linguistics professor like Louise Banks to show off her knowledge of the evolution of the swear word, but for the layman this is the sort of anecdotal writing that makes even the most serious subject a joy. 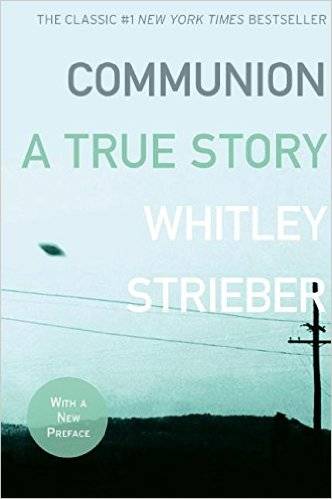 Communion: A True Story by Whitley Strieber
An account of a real-life encounter with extra terrestrials, this book was all the rage for the pre X-Files, space hungry crowd back in the ’80s. Strieber was best known as a horror fiction writer (he wrote the Hunger, which was later adapted into a movie version starring Susan Sarandon) but this is non-fiction. Starring the classic “grey” flavor of aliens, this will thrill believers and give the rest of us a damn good read.

Speak by Louisa Hall
A narrative that travels through time to explore the idea of artificial intelligence and a wide range of voices, from Alan Turing to a computer chat bot. At the heart of them all is a search for a connection, be that with other human beings or illegal dolls or sentient machines.