The Accidental Find is just that, finding a book serendipitously. Doing so changed the way I read and in turn changed my life.

By the time I had reached eighth grade, my reading routine had essentially narrowed down to comic books. I’m not sure why this happened, exactly, but if The Punisher wasn’t on the cover, saliva spraying from his mouth as he meted out justice in blind rage, chances were I wasn’t going to read it.

Now, there’s nothing wrong with comic books. As a school librarian I shove them into the hands of both reluctant and avid readers alike because I firmly believe that they are important in shaping students into well rounded readers.

My reading life changed when I sat down for homeroom one morning, bleary eyed, a knot of social anxiety eating its way up my stomach and into my chest as per every single day of high school.

I noticed that something wasn’t right. It was my desk, it was tilted to one side. I looked down and saw that there was a folded piece of paper under the leg. I grabbed it, stood up and walked over to the garbage can to throw it away. As I walked over I unfolded it and realized it was a photocopy of a short story.

The title page read “Harrison Bergeron by Kurt Vonnegut” and nothing would ever be the same.

By that point I had never heard of Kurt Vonnegut. If you’ve never heard about “Harrison Bergeron,” I’ll give you a quick summary – the story itself is only a few pages long so skip this part if you don’t want it spoiled.

The year is 2081, America has amended their constitution and decided to make everyone equal. This program, led by the Handicapper General, forces people to have radio implants in their heads if they’re too intelligent, masks if they’re deemed too attractive, weights draped around their body if they’re too athletic and so on.

At the age of 14, Harrison is taken away from his parents to be “Handicapped” because he is both too athletic and intelligent. His parents are blissfully unaware that their child has been dragged from their home because they’ve both been “altered” by the government as well.

Harrison, realizing what’s about to happen to him, breaks free from prison and tries to take over the national television studio in an attempt to overthrow the government.

Things do not go well for Harrison.

I had never read anything like it. It was science fiction, it was action, it was about the government trying to control your life, it was bloody and it was freaking awesome.

I had to read more, and I did. Books like The Giver, A Wrinkle in Time, 1984 and Brave New World would all fall into place and blow my mind one after another. The Accidental Find had taken hold, there was no going back. 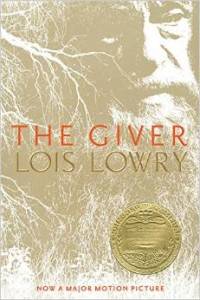 I live in the UK now, and public libraries are closing faster than the Canadian border after Trump’s win.

Closing libraries should be considered a crime against humanity. Not only does it aid in the demise of a community’s heart and soul, it also kills the accidental find.

If you can’t wander the stacks feeling like there’s nothing out there that you can really connect with, how are you going to stumble upon things of genius like The Secret History or Foucault’s Pendulum or The Orange Eats Creeps or Sometimes a Great Notion or whatever it is that makes you feel like it was written just for you at just that precise moment in your life?

Sure, you can browse online, but not everyone has that luxury and it’s not the same. You can’t spill coffee all over a copy of Just Kids by Patti Smith, bring it back to the library to apologize only to discover that there’s a comic book artist doing a free workshop and you think, what the hell, I’ll give it a try and you realize you’re actually pretty damn good at drawing comics and then BAM! You’re the next Noelle Stevenson or Alan Moore or G. Willow Wilson. 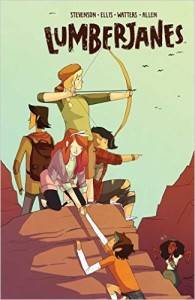 You can’t do that online. It isn’t organic or even human. That’s why I think the Accidental Find is so important.

Sure, I would have probably found out about a lot of the books I’ve mentioned eventually, but finding that crumpled copy of “Harrison Bergeron” under my desk with a wet footprint stuck to it turned me on to a completely new world.