What does “philosophy book” make you think of? Probably something very long, very complicated, and very dense. In other words, not a book that will interest the youngster in your life. 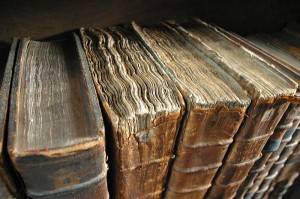 In some ways, philosophy and childhood have a lot in common. As children, we ask “why”. We question authority, we doubt received wisdom. Children interrogate, disrupt, and deny. Children’s questions come from a sense of openness and wonder about the world, a sense that philosophers retain.

An engaged mind — a child’s mind —  can turn all kinds of books into philosophy books, even if the author didn’t write them for that purpose. And adults can encourage philosophical readings of children’s books.

Here are a some picture books that lend themselves to philosophical readings:

Frog and Toad Together, by Arnold Lobel 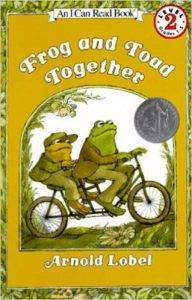 Frog and Toad are friends who have many adventures together. An especially interesting one is “Cookies”: Toad makes some amazing cookies, so good they can’t stop eating them. Frog tries tying up the box and putting it on a high shelf. This book opens up a great discussion of weakness of will and willpower. Why do we take an action we believe, all things considered, is inferior to another action? Do Frog and Toad really, fully  believe eating the cookies is not the action they should take? How is it possible for one person to both want and not want to take the same action? (Actually, all of the Frog and Toad stories are philosophical.)

What Can You Do With An Idea?, By Kobi Yamada 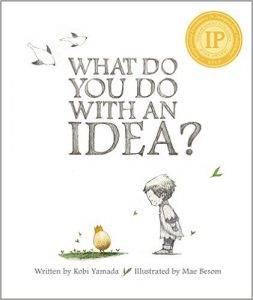 What is an idea? Where does it come from? What do you do with it? Are ideas useless? Yamada takes the reader on an idea’s journey. An idea starts as an odd mental intrusion, but eventually becomes “not just a part of me anymore, but a part of everything.”

It may feel uncomfortable to have a new idea at first, but “It is good to have the ability to see things differently.”

If…, by Sarah Perry 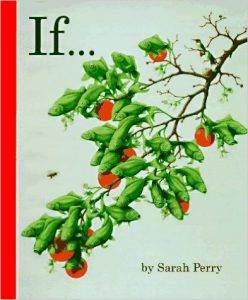 In this beautiful book, Perry invites the reader to consider possible worlds where mice are hair, dogs are mountains, toes are teeth, music can be held, and ugly is beautiful. Unsettling possibilities, gorgeously illustrated, encourage children to envision possible worlds. Is it possible for ugly to be beautiful? Or is it necessary that ugly is ugly? Perry’s fantastic worlds could be actual, but aren’t. If a world where dogs are mountains doesn’t exist, then why does Perry’s illustration seem so apt?  Are possible worlds merely imaginary, or do they exist?

What If Everybody Did That?, by Ellen Javernick and Colleen M. Madden 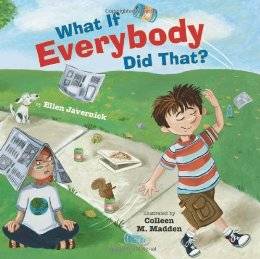 A boy feeds popcorn to bears in a zoo, throws an empty soda can out a car window, licks frosting from a wedding cake, and interrupts during storytime. Taken alone, these don’t seem like big offenses, but what if everybody did that? A fun introduction to the idea that the moral point of view is a universal one, not a personal one. Whether you think of it as a kind of Kantian ethics, a rule utilitarian approach, or a simple Golden Rule, this book asks its readers to think beyond their own self-interest (or perhaps just to consider why moral rules not in their immediate interest actually are, all things considered, good for them.) 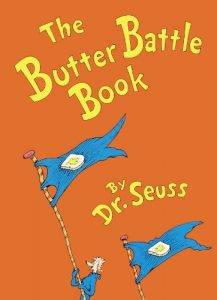 One of the less well-known Dr. Seuss tales, this one is about the Zooks and the Yooks, warring groups whose hostilities escalate over how they butter their bread. As one elder tells a child, “It’s high time that you knew of the terribly horrible thing that Zooks do. In every Zook house and every Zook town every Zook eats his bread with the butter side down!”

Written in the 1980s, the book was inspired by the Cold War, but the questions it asks readers to ponder about differences, tolerance, and what is worth taking up arms (or Triple-Sling Jiggers) for are all too relevant today. 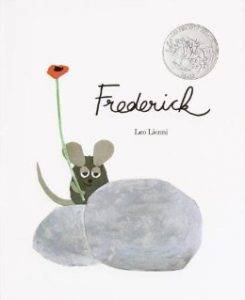 This is one of my all-time faves. While all the field mice are gathering practical things like wheat and corn and nuts for the winter, Frederick just sits around. But he’s actually gathering images and ideas for his poetry. In a world that values efficiency and material things, Frederick holds on to the importance of art. When winter comes and the food stores run low, it is Frederick’s beautiful word pictures — evoking the sun’s golden glow and the colors of the meadow —  that comfort and sustain his fellow mice. 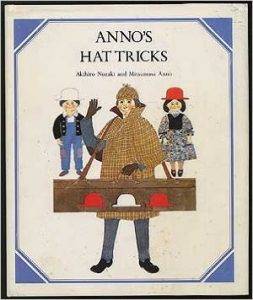 Three children, Tom, Hannah, and Shadowchild, who represents the reader, must guess, using the concept of backwards induction, the color of the hats on their heads. A fun intro to logical thinking, it is also useful for teaching ‘theory of mind’ — the ability to attribute mental states to oneself and others, and to appreciate that other people have beliefs, desires, and intentions, which differ from one’s own. It also encourages perspective-taking, because to solve the puzzle, a reader must posit what the other characters see and think. 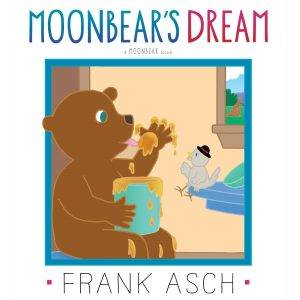 Maybe a young child is too young to read Descartes or watch The Matrix — but they can follow Bear and Little Bird on an interesting epistemological adventure. They spy a kangaroo bouncing across Bear’s lawn, and think they must be dreaming. Bear and Little Bird know that dreams are special places, so they decide to go a little crazy eating honey and making a mess before they wake up. But are they dreaming? How can we tell what is real?

The Monster at the End of This Book, by Jon Stone and Mike Smolin 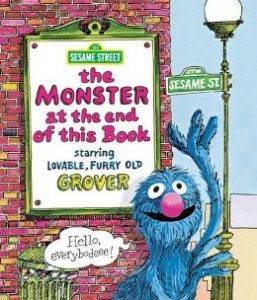 Such a fun read. Grover begs the reader not to turn the pages, because he does NOT want to meet the monster at the end of this book. He tries tying ropes, nailing pages, and building walls, but nothing can stop the inexorable march to the end, where the reader meets … Grover himself! I’m pretty sure an entire intro to philosophy can be crafted around this little picture book. If we stop turning pages, does the monster not appear? Is our destiny unstoppable? Is there nothing we can do to avoid the march to our greatest fear? Are we all ignorant of our own monstrosity? Ok, ok, maybe a bit much for your typical 4-8 year old, but you get the idea. 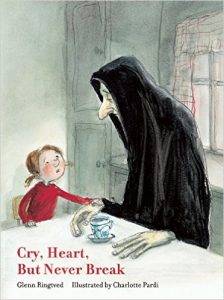 What is death? What does our finitude mean for our lives? Can we experience joy without sorrow? Delight without grief? A beloved grandmother of four young siblings receives a visitor, Death. In this book, Death is not scary but kind, with a heart “red as the most beautiful sunset.” Death loves and appreciates life, yet determined to do his work. He teaches the children that death is a part of life. Our mortality makes life precious, so we must learn to say goodbye.

The Gift of Nothing, by Patrick McDonnell 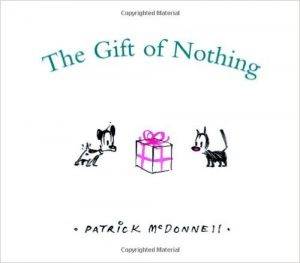 Mooch the cat wants to give his friend Earl the dog a present. But Earl has a bed, a bowl and a chewy toy. What can you get a dog who has everything? Nothing! But what is “nothing”? Where can you buy it? What would be a lot of nothing versus a little nothing? This book charmingly introduces a metaphysical question that has vexed philosophers for millennia. 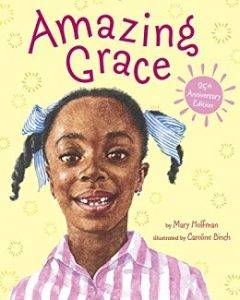 Grace loves adventure stories, and has a great imagination. She plays out all the most exciting parts. But when Grace wants to try out for Peter Pan in the school play, the other students tell her she can’t because she’s not a boy and not white. This affirming book raises issues of tolerance and acceptance, and questions the fixedness of authorial interpretations of characters.