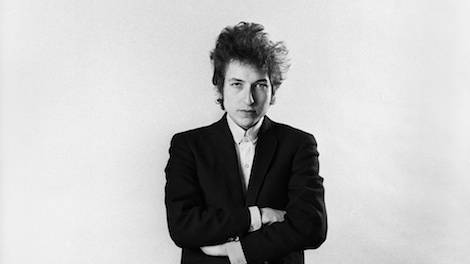 So, as you probably all know, Bob Dylan was awarded the 2016 Nobel Prize in Literature. And I know there is a lot of discussion going on about whether or not his lyrics should be recognized as literature, not to mention the continued lack of women and POC recipients of the award. But regardless of how you feel about these issues, I’d like to put them aside for a moment and take a look at this from a different angle. Because my first reaction to this news did not come from the perspective of a lover of books, but from the perspective of a lover of music.

Music has always been one of the things I hold most dear in this world. To me, there is nothing more powerful (not even books, sorry!). Listening to music can evoke any and all emotions, and playing music allowed me to express anything and everything that I couldn’t put into words. In a psychology class in college, we were taught that a huge majority of people, when asked if they would rather be blind or deaf, would choose to be deaf. This is because sight is the primary sense that humans use to perceive the world around them. Every other sense combined, including hearing, make up only a small fraction of our perception. However, I fell into the minority that would rather be blind, because even just imagining living without music is painful to me. Without music, I wouldn’t be able to fully express or understand myself, not to mention the world around me.

One of the first things about the awarding of the Nobel Prize to Bob Dylan that caught my eye was a quote from an interview with Sara Danius, Permanent Secretary of the Swedish Academy, and the one who announced the prize recipient. (You can see both the announcement and interview at the Nobel Prize’s website.) “He can be read and should be read, and is a great poet of the American tradition.” I have no qualms about the second part of that sentence. Dylan is a brilliant songwriter and his lyrics are, indeed, poetry. The political and social commentary that he incorporates, and the philosophies he expresses beautifully through his words certainly deserve the recognition. But I don’t think he should be read. Bob Dylan should be heard.

Bob Dylan’s impact, especially in American music and culture, is absolutely undeniable. But a musician writes lyrics and composes music that are meant to be listened to in tandem as one piece of art. None of the elements of his songs, including the lyrics, give the whole picture. Dylan did not influence music and culture only through the words he’s written, but through his compositions and arrangements as well. To simply read Dylan’s words is to deny that there are these other variables at play. What about the fact that he has explored and experimented with various musical genres, from folk to rock to gospel? What about the fact that he made waves by using electric instruments after establishing himself as an acoustic artist? One cannot pretend that these are not incredibly important parts of Dylan’s legacy – and just looking at his lyrics cannot convey the full power of the moves he has made in music.

The Nobel Prize in Literature is, first and foremost, a prize that recognizes someone’s use of words as a form of expression, commentary, and art. I can’t help but feel that awarding such a prize to a musician, while it seems an incredible honor, only succeeds in showing a lack of understanding of music as its own art form. Music is multi-dimensional. It is the universal language. It has the power to convey what words alone cannot. Please don’t reduce Bob Dylan to just words on a page by reading him. Appreciate the full value of what he has done as a musician. Listen to him.