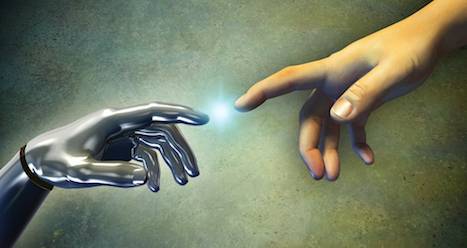 What makes us human? Our biology? Our ability to think rationally? Or does the answer lie in our emotional lives and the relationships we make?

Science fiction can shed light on this problem through the combined exploration of the technological and psychosocial – basically, by looking at how scientific advancement might affect the way people think and interact. As J.G. Ballard argued, science fiction should navigate ‘inner space’ rather than ‘outer space’.

The books recommended below all take nascent contemporary technology – robotics, cloning, genetic modification – and extrapolate their future potential to explore the limits of what it is to be ‘human.’ In doing so, they get us thinking about our treatment of others and the nature of difference.

Of course, you can just read them to escape into beautifully realised worlds or to be swept along by thrilling narratives. This is the joy of science fiction: big clever ideas coupled with exciting compelling stories. 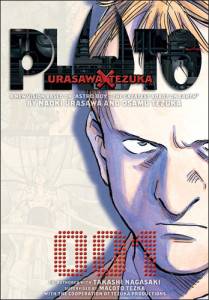 I often struggle with manga. I find that while they often start with a kernel of a great idea, they can spiral off in tangents or mire in creative doldrums. Pluto is a bit different and I’d really recommend it. It’s a re-imagining of Astro Boy by Osamu Tezuka, and was conceived with a defined story arc that gives it a strong narrative drive.

A futuristic crime-thriller, the story follows Gesicht who is investigating the mysterious destruction and murder of advanced robots and humans. These deaths fuel the growing tension between human and artificial intelligence, which Urasawa exploits to examine the nature of memory, emotions and difference. As the robots struggle with the sense of their own existence, you may begin to find yourself thinking that they are in fact the most ‘human’ characters. Pluto is both clever and touching, and it packs a lot of action and excitement into each volume. 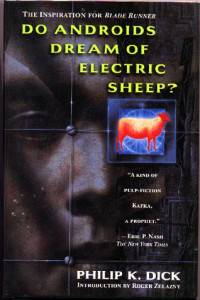 Philip K. Dick’s masterpiece is now culturally ubiquitous through the film Blade Runner. In the book, Dick creates a world of technological advancement but environmental catastrophe –  mass extinction means that animal ownership has become a status symbol, with mechanical surrogates most people’s only option. It’s an increasingly relevant point as we go through our own mass extinction event.

The book follows the bounty-hunter Deckard who is tasked with ‘retiring’ violent rogue Nexus-6 androids – identified by their inability to pass an empathy test. The book plays with the idea of who is human, with an increasing paranoia that Deckard himself may be an android. We are left questioning the treatment of those we perceive as other and their right for self-determination. 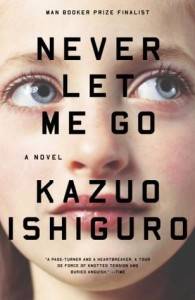 Ishiguro’s beautiful elegiac novel is so effective because initially it disguises the fact that it is science fiction. The reader is presented with a coming-of-age novel set in an English boarding school or maybe an orphanage, it is not clear at first. The school seemed idyllic to me as it privileged creativity above sport and physicality. However, this was just one of many pointers that the novel’s world is only reminiscent of our own.

SPOILER WARNING: Skip this paragraph if you don’t want to know what happens in the book! This is a world in which clones are reared for organ donation. We learn that these children are lucky participants in a programme that seeks to improve conditions for clones, so that they are treated more like the humans that they are.

This is a powerful and thought-provoking book. Ishiguro explores themes of emotional development and love in his usual restrained style, and the effects are made all the more poignant through the book’s gradual reveal. We grow up with these characters, who negotiate a world so similar to ours and yet so strange. It is heart-breaking to see how they struggle against the fates they have been given. 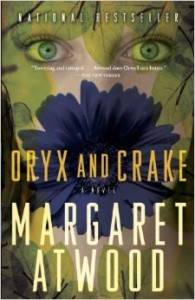 Oryx and Crake By Margaret Atwood

What list of science fiction would be complete without Margaret Atwood – although she prefers the term speculative fiction.

In a strange post-apocalyptic wasteland, the narrator of Oryx and Crake scrabbles for survival – avoiding genetically modified and mutated creatures, such as the disturbing pigoons (pigs spliced with human genetic material) – telling a tale of how this environment came to be.

What is most terrifying about his story is that, in Atwood’s hands, what would seem outlandish becomes plausible – particularly if scientific innovation becomes driven purely by commercial value judgements. As we learn more about the narrator, Snowman, and the strange Children of Crake, we begin to question the ethics of human modification and the limits of what makes us human.

Oryx and Crake is the first in a trilogy, followed by The Year of the Flood and MaddAddam – each building, reconfiguring and progressing Atwood’s vision.

In each of the books described here, a different type of ‘human’ is presented to the reader: clones, robots and androids. They often face discrimination and hostility, not for their actions but because of what they are. As a result, we can read these books as allegories and investigations of human nature and attitudes.

Current political rhetoric often focusses on perceived differences between us. These novels foreground actual differences, yet reveal the elements that we share as ‘human.’ Take the time to read one of these books, enjoy the story and the world they create, and maybe think about how it relates to our own.