I’m not here to yuck anyone’s yum. I’m all for people loving their superheroes, even if my last superhero love was Wonder Woman in the ’80s. It’s not that I’ve ever actively hated superheroes or anything–I’ve seen most of the movies/TV shows–I just think that when it boils down to the simple good vs evil my attention is no longer fully held. Even as a little kid the idea taught that people were good OR evil and that there was a constant power struggle didn’t seem to hold much water. My little brain was already starting to recognize that people could be both. That good and evil wasn’t so black and white. And that things that I thought were evil, like racism, weren’t necessarily treated as such.

“But you loved Wonder Woman,” you say. “She’s a superhero!”


Yes! And I loved her fiercely because she was a lady doing what I really only got to see the guys do. Plus, she was awesome and had an invisible plane and wore what I equated to a gymnastics leotard with cool boots so she got a pass. But even my love of Wonder Woman didn’t lead me to seek out more superheroes.

All of that is to say I’ve recently found that my heart does seem to love a certain type of superhero: the anti-superhero. 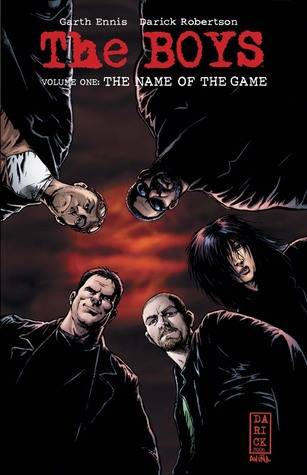 It all started with Garth Ennis and Darick Robertson’s The Boys: a fucked-up and very dark graphic novel, but honestly close to what I think would happen–at least to some people–if given superpowers. There would be the human garbage that would choose to use their powers for selfish human garbage reasons. I don’t mean the “evil” villains, I mean the guy everyone defends as a “nice guy” but he date rapes women–that guy should NEVER be given superpowers. In the comic some of the superheroes are so out of control there needs to be an agency—supported by the CIA—to watch, control, and sometimes eliminate them. It’s super graphic, and vulgar–and does that problematic thing where characters are disgusting misogynists, rapists, and/or homophobes to try and prove the point of how horrible the characters are but just crosses the line into being misogynistic and homophobic—but it certainly nailed for me the idea that all superheroes wouldn’t be “good” and that I’d actually chose the “villain” over some of these “good guys.” 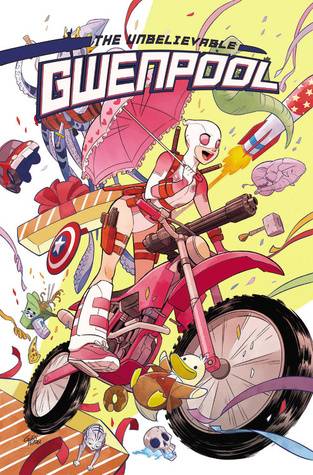 I’ve never read Deadpool–I know!–but after the movie and seeing the awesome cover for Gwenpool, the Unbelievable by Christopher Hastings, Gurihiru (Artist), Danilo Beyruth (Artist) I had to pick it up. I’m so glad I did. Gwen Poole is hilarious as she believes herself to be trapped in the fictional comic book world she used to read about and quickly finds herself over her head working for M.O.D.O.K as an assassin. There is also a deconstruction and bit of poke-fun of existing comic book characters/stories that I find very entertaining—kind of like when Amy pointed out the tiny little story flaw in Raiders of the Lost Ark on The Big Bang Theory. Gwen Poole just may end up being my favorite “superhero.” Don’t @ me, Bro!–just kidding I’m sure the comments will have plenty of “What?!” 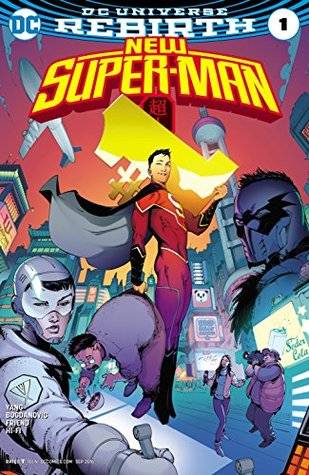 The New Super-Man by Gene Luen Yang, Viktor Bogdanovic (Illustrator). While I really dislike the use of fat-shaming to represent a character being a bully, I do very much like the soon-to-be Superman being a little shit in this DC Universe rebirth. Based on the first issue Kong Kenan clearly has personal problems he’s not doing a great job working through and I can’t imagine becoming a superhero is going to solve any of that any time soon. Add that it is set in Shanghai and there’s going to be a Justice League in China and I’m really excited about this series.