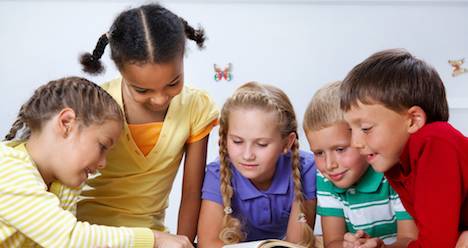 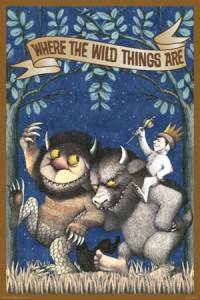 I recently wrote about how a picture book I read as a child has had a deep and lasting effect on me. No one needs to tell me that books are full of magic, for I am completely aware of their powers. That being said, if I’m ever an asshole of an adult, I put all the blame on some of the books I read as a child. You may have read these books as well. You may even cherish them, as I do. You may not have read them in years and so you’ve forgotten what unlikable douche-canoes most of the characters are. So let’s take a trip down memory lane, shall we?

Our first offender is a dog in Go, Dog. Go! “But there are dozens of dogs in that book, Patricia!” you say. Yes there are, but there is one in particular that is fucking terrible: the judgmental dog. Mr. Judgey Dog is approached multiple times by a dog wearing a hat. Mr. Judgey Dog repeatedly tells her that he does not like her hat. Mr. Judgey Dog needs to keep his shitty opinion to himself. Mr. Judgey Dog can go to Hell. Go, dog. Just fucking go.

Then we have Green Eggs and Ham. That book should have only been about five pages long. First there’s the set-up, where Sam I Am keeps zooming by our unnamed hero, who tells us that he’s not a fan of Sam. Sam asks our hero if he likes green eggs and ham. Our hero tells him very clearly that he does not. That should be the fucking end. Case closed. Question answered. Problem solved. Go crawl up someone else’s ass, Sam. But Sam continues to harass our poor hero over mountains, through tunnels, and beneath the ocean. Our hero is scrambling away as fast and as far as he can, constantly crying NO MEANS NO, SAM. NO MEANS NO! Finally, Sam has worn down our hero and gets gets him to try the food if he promises to leave him the fuck alone afterward. The hero tries the food and claims to like it. I don’t believe him. I think he’s just saying he likes it to make Sam shut the hell up and then they’ll get married and live for 50 years in a joyless marriage based on coercion and lies.

Max from Where the Wild Things Are is the worst kind of human. The book even begins by telling you that he’s fucking horrible. He gets sent to his room for being a mischievous little brat and he then embarks on a fucked up colonialist fantasy where he sails to a foreign land and intimidates the natives into worshiping him as their king. Max is a generic brand, economy-sized bag of dicks in a wolf suit who will probably just grow up to be that same bag of dicks in a business suit.

Eloise. Eloise is the kind of shitty kid that makes parents not want to have a second one. Eloise and Max will be very happy together some day.

Finally, we get to the boy in The Giving Tree. Even when I was a child I was shocked at the audacity of that ungrateful little shit. He doesn’t even thank the tree. Not once! Not a single goddamned time. And the tree is no innocent either. That kind of enabling and codependency is unhealthy and leaves us in a world with millions of people thinking they’re entitled to our branches and our apples and our attention when they themselves don’t bring a goddamned thing to the table except for a dick pic and a backhanded compliment.

Let’s all go have a drink. I think we need it.