Here’s a new way into poetry: through your favorite genre. In this list, I picked 5 prose genres, and identified poets whose work has something essential in common with each. Poetry and genre pairings, if you will. Are there any poets whose work reminds you of a certain prose genre? I hope my picks will inspire you to make your own pairings! 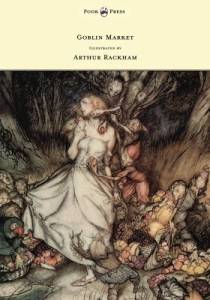 If you love fantasy, you already have one foot in the poetic realm. After all, Lord of the Rings is at heart a book about a hobbit (Samwise Gamgee) who becomes a poet (but that’s an argument for another post)! There are so many great poems that will satisfy the fantasy reader’s thirst for the mythic and love of whimsy. For instance, Christina Rossetti’s Goblin Market tells the story of Laura, whose curiosity leads her to taste goblin fruit, with disastrous consequences. Rossetti’s goblins are deliciously mischievous and grotesque, with an undertone of ancient menace. The poem’s plot and pacing would do any fantasy novel proud. 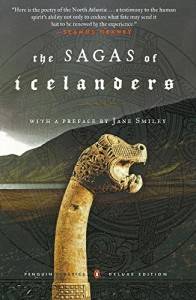 If you’re a die-hard fan of fantasy classics, I’d also suggest checking out some of the poetry that inspired the fantasy greats, such as The Sagas of the Icelanders. That way, you can gain a deeper understanding of the genre’s roots, and discover some powerful poetry at the same time.


If your fantasy tastes run more towards modern fairy tale re-imaginings, check out Isabel Yap’s Apologies for breaking the glass slipper. Yap’s Cinderella ends up stuck on a commuter train with only one slipper, and her wry humor is a refreshing take on an old tale. 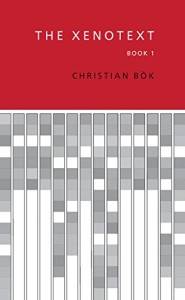 If you like your fiction futuristic, Christian Bök’s new book will blow your mind. Bök has spent eleven years working on The Xenotext, a project in which he encoded a poem in a DNA sequence and injected the DNA into the genome of a bacterium. The bacterium interpreted the DNA as a set of instructions and produced a protein based on that genetic code. This protein was then decoded to reveal a new poem created by the bacterium. That’s right: not only did he encode a poem into the DNA of a living organism, but he caused the bacterium to WRITE ITS OWN POETRY in response. If that’s not science-fictional, I don’t know what is!
Bök already has some sci-fi cred, as the creator of artificial languages for both Gene Roddenberry’s Earth: Final Conflict and Peter Benchley’s Amazon. He seems determined to bring poetry into the 21st century and beyond. In a recent interview with MacLean’s, he said: “I am amazed that poets will continue to write about their divorces, even though there is currently a robot taking pictures of orange ethane lakes on Titan.” 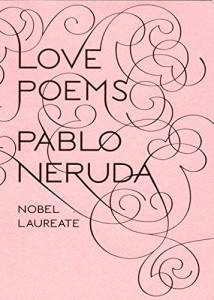 If you love reading about love, try Pablo Neruda’s Love Poems. Neruda’s sensuous poetry captures the color, taste, and texture of falling for somebody in luminous detail.

One of my favorite things about romance as a genre is that it acknowledges the challenges of life, but maintains an unquenchable sense of optimism. Rupi Kaur’s poetry achieves this balance beautifully. Her short, unpretentious poems are extremely relatable, capturing universal emotions of love, loneliness and self-doubt. At the same time, each poem has at its core an unshakeable sense of self that is empowering and uplifting. Kaur’s design poetry has taken Instagram by storm, and her first book, Milk and Honey, is a New York Times bestseller. 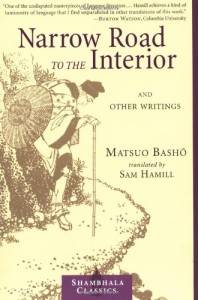 If you like to read travel memoirs, ease into poetry by trying Matsuo Basho’s haiku travelogue Narrow Road to the Interior. This book, written in the 17th century C.E., is a mixture of prose and haiku poems recounting Basho’s journey through Edo Japan. For anyone who loves the idea of travel, Narrow Road is a not-to-be-missed classic that may just inspire a love of haiku as well. 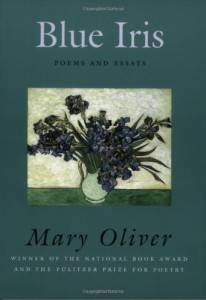 Poetry about nature is my very favorite thing. I could go forever on this topic, but I’ll limit myself to two picks. Jan Zwicky’s Thirty-seven Small Songs & Thirteen Silences zooms in on the world with loving detail. Each short, simple poem gives the reader a moment of space to appreciate the beauty of small things, and contemplate nature from a new perspective.

Mary Oliver’s Blue Iris is a collection of poems about flowers, grass, trees, and what it means to be human. Oliver’s poetry is a passionate reminder of how beauty can cut through despair, and how a closeness to the natural world can enrich one’s life.