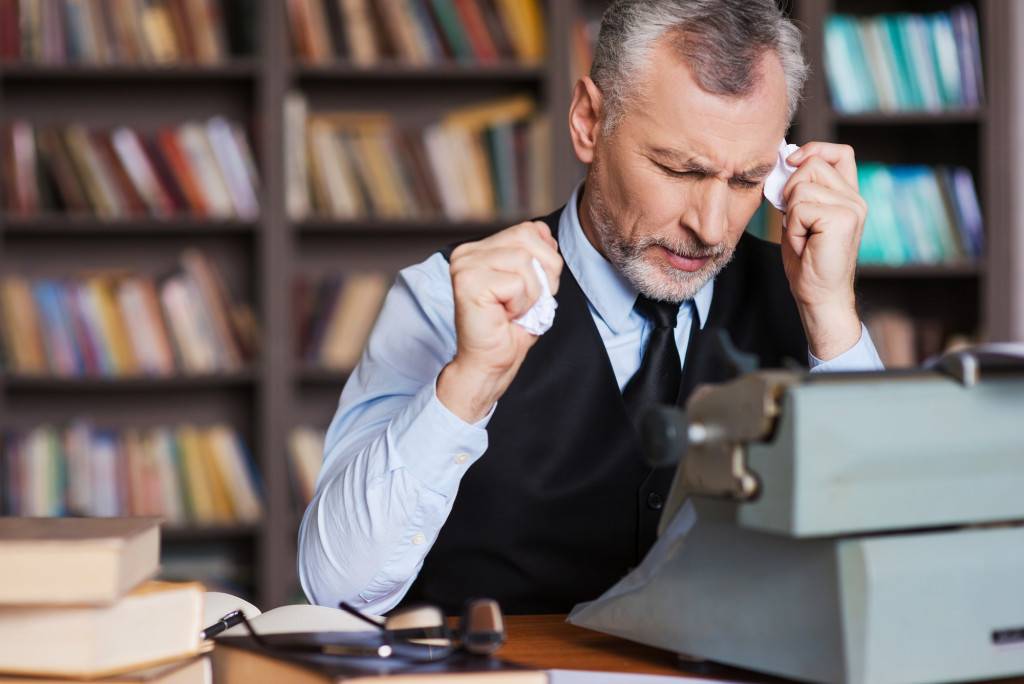 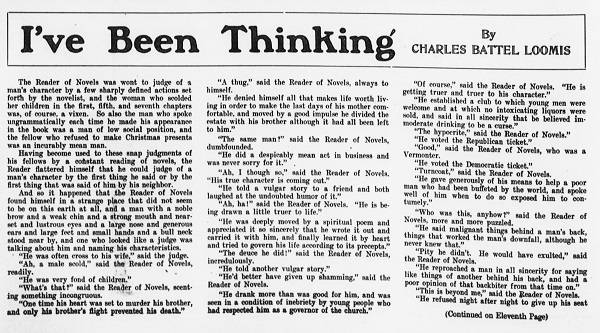 Think pieces on reading might be a new term but articles worrying about the state of American literary taste are as old as the country itself (heck, it might be as old as reading). I’ve scoured the Library of Congress’ amazing database of historic newspapers, Chronicling America, for some examples. Here are five hand-wringing think pieces about the effect of novels on the American mind.

In 1885, an unsigned piece appeared in the McMinnville, TN Southern Standard fretting that parents let their kids’ minds “become vitiated by reading anything and everything.” The author worries that:

After reading tales of blood and thunder, pirate life and forest adventures, he will find history and biography tame, and solid reading will become a task and not a pleasure.

An insufferable Seattle resident wrote a letter to the editor of the Seattle Post-Intelligencer in 1891 complaining about the average public library patron. This writer asserted (perhaps a bit prematurely) that popular novels would cause,

Atrophy of mind and soul as surely as the use of the deadly narcotic which stimulates into morbid activity certain faculties and leaves others wholly untouched.

The Columbia Courier in Kennewick, WA, carried a notice about a local resident in 1903. Apparently,

Roy Peters of Coburg now rests in the Salem insane asylum as a result of reading too many cheap novels. He imagines himself a detective. He was a voracious reader.

In March 1906, humor writer Charles Battel Loomis penned an “I’ve Been Thinking” column on the novel reader.  He complained that,

A few months later, in June 1906, the New York Tribune ran an enormous article screeching that “Five-Cent Novels Read By Too Many American Boys.” Although the article contained ample reason to feel good about what New Yorkers were reading, the author also worried about libraries wrecking boys’ brains with Horatio Alger books! Apparently,

It is doubted by authority whether a public library confers any benefit by providing boys, who ought to be playing outdoors, with such pabulum. Ten to eleven year old children spend evening after evening in the library reading room pouring over Alger. Their parents, it is presumed, neither know nor care what they are doing.

If you enjoyed this, there’s loads more old newspapers to explore at the Chronicling America website. Try a bunch of bookish keywords and see what you can find! If you come across something great, leave it in the comments. You can also follow Tweets of Old, one of my favorite Twitter accounts, for snippets of America’s newspapers from 100 years ago (including some of the best think pieces on reading you’ll find).