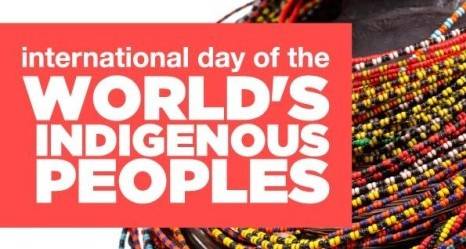 In the spirit of International Day of the World’s Indigenous Peoples, which was August 9, I wanted to learn more about indigenous and ethnic peoples. The theme for the 2016 International Day of the World’s Indigenous Peoples is the right to education, specifically the right of indigenous peoples “to establish and control their educational systems and institutions providing education in their own languages, in a manner appropriate to their cultural methods of teaching and learning.” I think that’s absolutely rad, and in an effort to educate myself and anyone who might read this, I made the following reading list of indigenous authors, based on broad geographic regions. I tried to include a little bio wherever possible for each entry, though for some it was all I could do simply to find authors for the region at all. Hopefully one day it won’t be so hard to find diverse and indigenous authors like this.

George Webb – A Pima Remembers. Webb was born and raised on a Pima reservation in Arizona. When he retired, Webb decided to write his people’s stories because he felt that many Pima parents didn’t tell their children the stories of their forefathers.

Baje Whitethorne – Navajo illustrator and author. Sunpainters and My Father’s Boots. Navajo painter incorporating his culture into his art. Whitethorne has participated in projects for the Navajo Oral History project .

Wendy Rose – Hopi/Miwok tribes. Poet and feminist. Bone Dance is her most recent book of poetry.

Betty Mae Tiger Jumper – Seminole. Tiger Jumper was almost put to death when she was five by her tribe’s medicine man because her father was white and the Seminoles, at the time, so highly discouraged marriage with non-natives. She tells her story in A Seminole Legend.

Mitiarjuk Nappaaluk – Inuit. Nappaaluk wrote Sanaaq, which is considered to be the first Inuktitut-language novel. It was originally written in syllabics. Now I want to learn syllabics.

Natalia Toledo – Mexican. Toledo is a Mexican poet who writes in Spanish and Zapotec, an indigenous language spoken mostly in the Oaxaca region of Mexico. The Black Flowerand Other Zapotec Poems is available in English translation, and many of her other books are available in Spanish.

-Alan Duff – Maori. Once Were Warriors. Co-founded the Duffy Books in Homes Foundation which aims to help reduce poverty and illiteracy by providing books to underprivileged children.

-Witi Ihimaera – Maori. Considered to be the first published Maori novelist. The Whale Rider, which was made into a film in 2003. Also, Maori Boy: A Memoir of Childhood.

-Keri Hulme – Maori. The Bone People. I have a good friend who is a New Zealander and she said this was a required text for her in high school.

-Bill Neidje – Old Man’s Story: The Last Thoughts of Kakadu Elder Bill Neidje.  Last native speaker of the Gaagudju language. He gave his traditional land to the Australian commonwealth so they could turn it into the Kakadu National Park.

-Ruth Hegarty – Is That You, Ruthie? Hegarty was one of what is referred to as the Stolen Generation, children who were half Aborigine who were forcibly removed from their families based on the belief by the Austalian government that the Aborigines were going to go extinct and not be able to or want to care for their own children. Her book is about her years living in the Cherbourg Aboriginal Mission, which as far as I can tell is basically a combination of orphanage and concentration camp. *rage blackout*

Fiji: Sudhesh Mishra – Poet. The Lives of Coat Hangers is his most recent publication.

Western Samoa: Sia Figiel – Figiel was raised with traditional Samoan singing and poetry, which she says influences her own writing. Where We Once Belonged is the first novel published in the US written by a Samoan woman.

Indonesia: Ayu Utami – Utami is an Indonesian journalist. Her novel Saman is controversial because it has feminist protagonists, discusses sexuality, politics, and many other topics considered taboo in Indonesian culture.

Chile: Cristina Calderon – Calderon is the last full blooded member of the Yaghan tribe, as well as the last native speaker of the Yaghan language. She published Hai Kur Mamashu Shis: I Want to Tell You a Story with her sister and granddaughter in 2005.

Guatemala: Rigoberta Menchu Tum – Menchu’s mother, father, and brother were killed by the Guatemalan military during the country’s civil war. She is an activist against human rights violations. She chronicles her life in her book I, Rigoberta Menchu: An Indian Woman in Guatemala, and was awarded the Nobel Peace Prize in 1992 .

Egypt: Miral al-Tahawy – Al-Tahawy’s family is Bedouin from the Nile Delta and credits her progressive father for allowing her to get an education, contrary to traditional Bedouin culture. Her novel Brooklyn Heights discusses Bedouin culture and the restrictions on women through the lens of a woman recently come to the US from Egypt.

Sudan: Leila Aboulela – Raised in the Sudan, Aboulela now lives in Aberdeen, Scotland, which was the inspiration for her first novel, The Translator. Many of her novels deal with issues of Muslims in post-9/11 European societies.

Kenya: Alexander Nderitu – Nderitu is the first digital novelist from Kenya. He published his novel When the Whirlwind Passes digitally on his website for free at first, and is it now available as a Kindle e-book.

Morocco: Fatema Mernissi – Mernissi was an Islamic feminist, examining the roles of women in Islam. Her most famous book, The Veil and the Male Elite: A Feminist Interpretation of Women’s Rights in Islam is a partially historical look at the roles of the wives of Muhammad. It is banned in many Islamic countries.

Nigeria: Buchi Emecheta – Emecheta’s themes in most of her novels focus on the freedom education can provide to women and children and, as such, she is especially appropriate to include in this list. The Joys of Motherhood: A Novel is one of her most well known works.

Malawi: Legson Didimu Kayira – Kayira’s mother threw him in the river when he was born because she couldn’t afford to feed him. He was rescued, went to school, and then decided, when he was sixteen, that he needed to go to the US for a college degree. So he set out on foot to get there. Things worked out all right for him. His autobiography I Will Try is definitely on my TBR.

Namibia: Neshani Andreas – Andreas was an associate director of the American Peace Corps in Namibia and was considered to be one of the country’s leading authors. Her book The Purple Violet of Oshaantu discusses traditional women’s roles in Namibian society.

Kyrgyzstan: Hamid Ismailov – Ismailov is a journalist and writer who had to escape from Uzbekistan in 1992. His books are banned in Uzbekistan. His most recent novel The Underground is about an abandoned mixed-race boy living in Soviet-era Moscow.

Bhutan: Kunzang Choden – Choden is the first Bhutanese woman to write a novel in English. Her novel The Circle of Karma deals with traditional gender roles and sexism in pre-modern Bhutan.

Sri Lanka: Shyam Selvadurai – Selavadurai was born in Columbo, Sri Lanka and fled with his family to Canada when ethnic riots broke out in 1983. Many of his books feature themes of discrimination against gay communities. His novel The Hungry Ghosts centers on a young man dealing with intolerance of his homosexuality in Sri Lankan society and his exploration of his own sexuality.

Turkey: Elif Safak – Safak is a Turkish author who includes a wide range of diversity, history, and cultures in her works, which generally also feature strong and feisty women. Her novel The Bastard of Istanbul discusses the Armenian genocide and is the first Turkish novel to do so.

Saudi Arabia: Raja’a Alem – Alem was born and raised in Mecca and works as a tutor for the Center for Training Kindergarten Teachers. Her novel The Dove’s Necklace reads like a blend of traditional Arabic culture and classic noir mystery.

Pakistan: Tehmina Durrani – Durrani is a Pakistani women’s rights activist. Her autobiography My Feudal Lord details her abusive marriage to the then-Chief Minister of Punjab.