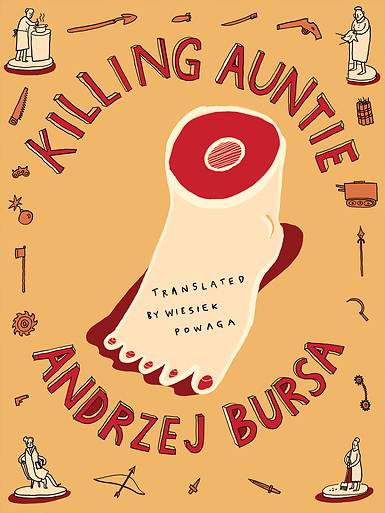 You’ve got a handful of pages to prove your concept, to introduce your character, to get your hooks into your reader and keep ’em coming back for more. How do you handle it? In The Art of the Start we look at first issues – and this time we’re going back to the very first appearance of an iconic character.

In spring 1962, Marvel’s top brass decided to cancel the anthology magazine Amazing Adult Fantasy, which featured science fiction and monster tales illustrated by Steve Ditko. Knowing that issue #15 would be the last no matter the sales figures, editor Stan Lee persuaded publisher Martin Goodman to let him try out a new superhero concept: a teenage boy struggling with money, doubt, and the taunts of his classmates, a costumed crime-fighter just as uncertain of his place in the world as the rest of us are. No one suspected this throwaway exercise would produce one of the most iconic stories – and covers – in superhero history.

Any superhero fan can recite Spidey’s origin story: Nerdy high-schooler Peter Parker gains wall-climbing, danger-sensing superpowers from a spider bite. After his uncle dies at the hands of a criminal that Peter failed to stop, he vows to protect the people of New York, having learned that “with great power comes great responsibility.”

The details change with the times – the irradiated spider was updated to a genetically modified spider in the late ‘90s – but Amazing Fantasy #15 lays out the same story as Sam Raimi’s 2002 Spidey-film, almost beat-for-beat. We meet the bullying jock Flash Thompson and Peter’s elderly, doting aunt and uncle, May and Ben. We see Peter exploring his powers on New York City rooftops, donning a mask to win money in wrestling matches, designing a supersuit within a few panels (Peter Parker must be really awesome at sewing and have access to yards of strong synthetic cloth). The biggest difference between the original tale and its many adaptations is that Spider-Man briefly becomes famous as performer on Ed Sullivan-type variety shows (which was likely cut in later versions because it makes no sense. How does he have an agent or sign contracts without disclosing his identity? What story does he tell Aunt May and Uncle Ben to explain the money? I honestly think this would involve more subterfuge than being a superhero would).

Lee’s first collaborator on the Spider-Man concept was the already-legendary Jack Kirby, co-creator of Captain America and Marvel’s “house artist” (the company’s other artists were encouraged to study Kirby’s methods in order to create a cohesive Marvel aesthetic). However, Lee was allegedly unhappy with Kirby’s designs and chose Steve Ditko to bring the character to life. Kirby’s dynamic staging and incredible eye for detail would have given us some incredible setpieces, but his strengths lie in powerful, adult, and often dimension-spanning characters like Thor and Galactus. His heroes have square hands, strong jaws, and broad shoulders; I’m not sure how convincingly a pre-X-Men Kirby would have handled the young, slim Spider-Man and his lived-in New York.

Admittedly, Amazing Fantasy #15 isn’t the best example of Ditko’s skill with superheroes. Spidey’s movement hasn’t developed the flexibility we’ll see in later fight scenes. Early Silver-Age comics also communicate their datedness, regardless of the artist, through their flat coloring and stiff square-panel layouts. But Ditko’s character design struck me immediately – especially the supersuit. It’s rare for a hero’s look to last as long as the red-and-blue Spider-Man suit has, but you don’t mess with perfection.

I also think the relative simplicity of Ditko’s art, compared to Kirby’s, communicates emotion economically but powerfully. There’s an old comics maxim that a reader should be able to follow the story using the art alone; I don’t subscribe to that precept because it eliminates the artistic possibility of creating tension between image and text. But the standard panel layouts of the time period reward artists who can express an emotional universe through gesture and posture, as if they’re directing actors on stage. Take, for example, the scene where Peter learns of Uncle Ben’s murder. Eliminate context and dialogue, and you still have the story:

A young man starts at the sight of a police car in front of a house. The officer delivers bad news. The boy lashes out in denial, then runs off to don a masked costume in a haze of grief and anger. At the end of the page he escapes from the house through a side window – not a hero appearing before the bereaved to openly challenge injustice, but a kid sneaking out for revenge.

One of the reasons Marvel flourished during the 1960s – and, I think, the reason their films have done so well over the last decade – is that the company’s best creators test their characters from within. Unlike the previous generation of heroes, Spider-Man and his fellow Silver-Age supes fought self-doubt, public distrust, and each other. Clark Kent rarely suffered repercussions for his double life; in fact, one of Golden-Age Superman’s running jokes was that he always better at his job than fellow reporter Lois Lane, despite his frequent mysterious absences. Bruce Wayne’s wealth protected him from many of the complications of being Batman. But Peter Parker, penniless and dateless, first using his powers just to make a buck, is closer to an Everyman. He sees the pain and the humor of his situation. He gets at the good that could be lurking inside any of us.

A recolored edition of Amazing Fantasy #15 is available on Comixology and Marvel Unlimited. I appreciate the recolored version if only for revealing the essential strength of Ditko’s art, but if you want to see it in its original eye-popping 1960s glory, you’ll have to get your hands on a copy of Marvel Masterworks: Spider-Man, Volume One. (I found one at my friendly neighborhood library.) Marvel Masterworks also collects the first ten issues of The Amazing Spider-Man, which feature guest appearances by pre-established characters Doctor Doom and the Fantastic Four (a tried-and-true way to draw readers into a new series) and introduce us to now-famous villains Vulture, Lizard, Electro, Doctor Octopus, and Sandman. It’s a wild, unsubtle, and melodramatic ride (aliens show up in the fourth issue, because it’s the 1960s), but it’s fun and addictive, in the way only classic superheroics can be.

Readers, have you found Amazing Fantasy #15 published anywhere else in its original form? What was your introduction to the spectacular Spider-Man? Tell us in the comments!