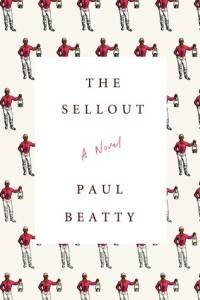 The Man Booker Prize long list for 2016 has been announced! If the Man Booker Prize is new to you, here’s what you need to know: The prize comes out of the U.K., focuses on literary fiction, and has been awarded since 1969. It was originally open only to Commonwealth, Irish, or Zimbabwean citizens, but in 2013 it was opened to any English-language novel published in the U.K., which means U.S. writers are now eligible. The prize is a big deal in the U.K., and while it has historically gotten less attention in the U.S., the inclusion of U.S. writers seems to be changing that.

The long list is typically 12 or 13 novels, chosen from books submitted by publishers. This year 155 books were submitted for consideration. A short list of six books gets released in September, and the winner — who gets £50,000 — is announced in October. Last year, Marlon James’s A Brief History of Seven Killings won the prize.

J.M. Coetzee, The Schooldays of Jesus

Wyl Menmuir, The Many

David Szalay, All That Man Is

Madeleine Thien, Do Not Say We Have Nothing

Some highlights and lowlights:

Any thoughts on the list, or any you have read or plan to read?