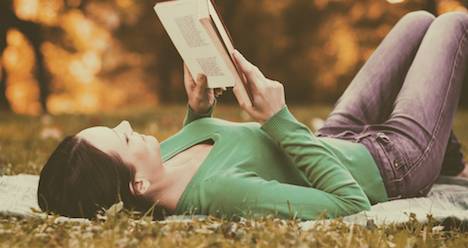 I often find that books indicate to me, before I have even fully registered it myself, that I have changed as a person. This happened to me in a big way recently. For most of my reading life, I have loved books set on an epic scale. You name it: epic fantasy, epic sprawling family history books of secrets, time traveling Englishwomen and the Scotsmen who love them, pirates sailing the high seas and sorcerers bringing magic back to England- you name it, I’ve probably been there.

But lately I find myself increasingly, and to this point uncharacteristically, drawn towards books that focus on quite the opposite: small moments in time with seemingly small stakes and the quiet people who live through them. In these books, people live in reasonable size houses with an understandable amount of relatives, or perhaps a cat or two. These stories do not tend to feature dramatic displays of emotion, nor will anyone slay a dragon or race against the clock to save the universe from being devoured whole. More than likely, all the problems they will solve will affect perhaps a handful of people as they glance off each other in their daily lives, and could seem, to someone used to an epic scale, to be that hill of beans Rick told Ilsa they had no business putting first when there were Nazis to defeat.

But that’s wrong. Because these books I’ve found lately- the good ones anyway- show you that the hill of beans is the only thing that’s worth it at all. And besides, there are epic dramas here- they’re just conducted at the breakfast table, down the pub on Friday, or underneath the thoughts of the main character who wouldn’t dream of even thinking so melodramatically. These are the books that even the most dedicated of sweeping epic readers can find drama in and echoes of great tales- if only you look a little bit closer.

So here are the best books about small, quiet, but not soon to be forgotten lives that I’ve been lucky enough to read lately:

Your boy prince coming into his own for this tale is Barry Laverty, a newly minted doctor starting his first job as an assistant to a country GP in rural Northern Ireland, called, I swear to you, Ballybucklebo. Your hero, legend and aging role model of a king here is Fingal Flahertie O’Reilly, the aforementioned country GP who has been in his position for decades, and is connected to everything and everyone by years of coughs and births and broken limbs, and the obviously much more thorough care he gives that goes beyond his job of looking after the purely physical. It becomes quickly clear how the quiet (or not so quiet, sometimes), work of this apparently crotchety, fiercely intelligent, no-nonsense doctor is the glue that holds all the quirky characters and local ways of being together. Barry’s powers do not quite come to fruition by the end, but the slow, quiet pace of the novel, matching the pace of its characters’ lives, assures us that this is just the beginning of his charming, warm, sympathetic journey. This book is like a warm embrace on a drizzly day and everyone who enters is safe forever. A comfort read, a particularly well-oiled sitcom, yes, but in the best sense. 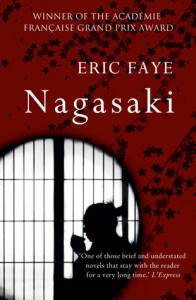 You’ve got your quiet nerds, you’ve got your teenage heroes and grown men full of angst trying to overcome their off-the-charts terrible pasts by fighting dragons and inexplicably still Cold War-y Russians. And then you’ve got this novel, about two people quietly trying to do the same, with even more pathos, and no dragons involved. Nagasaki is the story of a middle-aged meteorologist who lives in a quiet suburb of the city on his own, suited to his equally quiet and self-effacing personality and hardly-varying daily routine. But then he discovers things that start to go missing in his house, things slightly out of place that make him fear that his solitude may be only an illusion. It’s a slight novel, but with a mood that stays around for much longer than you’d think, and that leaves surprisingly poignant flashbacks of imagery behind. It’s a meditation on what we value, and about people whose problems are uncomfortable to acknowledge and hard to judge. It’s about the people who fall through the cracks trying to deal with that fact in their own way and go on. 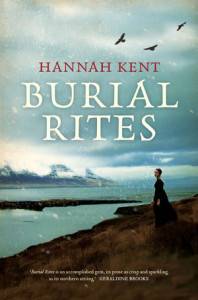 This takes place on a frigid Icelandic farm during a dark winter, and featuring a scattered, isolated community of people dealing with an apparently cold-blooded murder. But the people that we find here are anything but cold, and that is the power of this novel. Kent takes the eeriely silent ashes of this place and shapes a captivating atmosphere with unavoidably living, breathing human beings who can’t look away from what’s happening. The story is a fictionalized version of a real historical story about woman named Agnes, one of three people accused of this murder, who is sent to await her trial and likely execution on the aforementioned farm among the family of a local county officer (jails being in short supply in rural, colonial Iceland). An apparently taciturn woman with low expectations and not much to say for herself, Agnes gradually reveals that still waters run (very very… very) deep. Wading deeper inside her head and those of the people who surround her and are, unwillingly, gradually, affected by her presence, feels like descending into an inescapable whirlpool with a ruby at the bottom that you’re absolutely convinced is worth getting to. History knows the end, but this is one of those books that absorbs you so thoroughly that you forget fiction doesn’t actually have the power to change the past- this story just moved you so much that you couldn’t stop yourself from wishing, just this once, that it could. 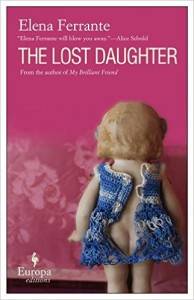 If ever there was a novel that deserved the subtitle “A novel without a hero,” then this is pretty much it. This is a vignette of a thing- a short snapshot of a middle-aged mother on a solo vacation to the Italian coast, having just got both her grown daughters off into their lives, who commits a small and seemingly inexplicable act of thievery that has obvious symbolic meaning and farther reaching plot consequences than you’d think. While this lacks the polish and gut-punching impact of her later Neapolitan novels (masterpieces, if you haven’t read them!), it still has several of its flashes of truth and Ferrante’s signature unflinching gaze on a hard moment in the life of a woman. Like Nagasaki, this is the sort of moment that a lot of people would prefer not to acknowledge exists, at least not like this, and definitely not how you find yourself understanding and connecting to a lot more than you want to. Ferrante is as challenging as always. It doesn’t seem to matter how small the piece of cloth she stitches on it, she finds amazing detail worth sticking around to the last page for.

These stories and lives may seem small, may not contain a cast of thousands or an imminent apocalypse for all mankind, but their stakes never seem less worthwhile or less filled with emotion. And their lingering impact can be anything but small.