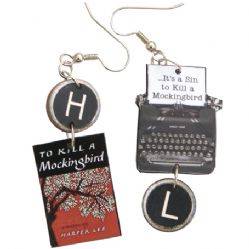 Every month we’ve been tracking the most-subscribed books at Fantom Comics in Washington, DC, and today we’ll look at May, perhaps the beginning of the Black Panther era.

Saga is on its regularly-scheduled hiatus before the seventh story arc begins in August, but even if there were a Saga issue out this month… Black Panther would beat it by a long shot. Black Panther #2 has more than twice as many pulls as everything else on our May list, and the series probably hasn’t even hit its ceiling yet! And unlike Saga, Black Panther should be hitting shelves every single month for the foreseeable future.

The trade-off for that relentless pace is the creative team. Brian Stelfreeze is only drawing the first four issues of Black Panther, after which industry veteran Chris Spouse will take over art duties. Writer Ta-Nehisi Coates is still on board for twelve issues as far as we know, though it’s curious they chose to make the red-hot “A Nation Under Our Feet” opening story arc only four issues long, rare for a superhero comic. I guess we’ll be able to see how that affects subscriber numbers in August!

Black Panther #2 is also getting a second printing June 15 (the same day issue #3 drops), but rather than simply reissue the exact same comic, the new printing will feature badass new Run the Jewels cover art–many fans are bound to double-dip so they can snag that sweet artwork! Why don’t Marvel and DC do stuff like this with every reprint?!

Category ID: 1074
Category ID: 4284
The Stack Newsletter
Sign up to The Stack to receive Book Riot Comic's best posts, picked for you.
Thank you for signing up! Keep an eye on your inbox.
By signing up you agree to our Terms of Service

You wouldn’t know it from the David López cover art, but original series artist Adrian Alphona’s finally back on Ms. Marvel interiors! That big black bar above the artwork lets us know issue #7 is the first to officially tie in to Marvel’s big summer crossover “Civil War II,” and the more traditional superhero-ey cover art might be to lure in the readers who’re trying to catch every tie-in for the summer event–longtime Kamala Khan fans will already be picking up this issue regardless.

And it seems to have worked! Ms. Marvel #7 hits an all-time high in subscriber numbers for the series. With Kamala’s deep ties to “Civil War II” central character Carol Danvers, it’ll be interesting to see how much Ms. Marvel is affected by the crossover.

3. The Wicked + the Divine #19 by Kieron Gillen and Jamie McKelvie

Did you catch the super sexy alternate cover to this issue by Kris Anka? Baal with the Inanna tattoo gives us all the (lusty) feels. The Wicked + the Divine also hits its all-time subscriber high this month, likely due to readers jumping onto issues #18 and #19 after blazing through the vol. 3 trade paperback–fans are eager to see Jamie McKelvie drawing the series again, and Persephone!

P.S: It’s a little weird seeing McKelvie draw Sakhmet again after Brandon Graham put such a distinctive cartoon-Rihanna stamp on her in his guest issue.

With From Under Mountains seemingly over, Mirror is the last remnant of the 8house universe still arriving on shelves on a consistent basis. And aside from maybe Arclight (when will we get the conclusion of that story?!), Mirror is probably the strongest series of the lot anyway, so we’re happy to see this watercolor fantasy adventure continue as an ongoing series. Plus it’s starting to get a lot more… sci-fi?! There may or may not be spaceships in this issue.

After issue #5 next month, Mirror will have its first trade paperback (subtitled “The Mountain”), and then we’ll see if more people jump on for the second arc down the line… or if there even is a second arc? We’d love to see Mirror follow the trajectory of Emma Ríos’ other esoteric series Pretty Deadly, but maybe without the multi-year gap between story arcs!

IT’S FINALLY BACK! Anyone who knows me knows Island is my favorite thing happening in comics right now. After a four-month break, the anthology magazine is back in full force–Brandon Graham promises the series will come out in six-issue consistent monthly bursts from now on, so we should be seeing the book on shelves more regularly now. Issue #7 features the penultimate installment of Matt Sheean and Malachi Ward’s gripping transhumanist “Ancestor” story, plus a meaty all-new fantasy story written and drawn by Sheltered‘s Johnnie Christmas called “Firebug.”

It’s been fun to watch Island‘s growing pains as it evolves into something the creators hope can continue on for years to come; as the issue numbers get farther on, I wonder if readers will stop treating it like a standard monthly comic that they can’t jump into without tracking down all the previous issues. Maybe it’ll be like an art mag, where readers can pick up random issues because they like the cover or one of the people featured inside, and Island won’t face standard sales attrition like a regular comic.

With the last issue of its first story arc, Monstress finally fulfills my prophecy and passes Star Wars in subscriber numbers! If you haven’t been keeping up with these top ten lists, we tend to see the Star Wars books as the threshold of bestselling comics nationwide, so any series that can leapfrog above them is a truly remarkable phenomenon at our store.

We can’t wait for the Monstress vol. 1 trade paperback to arrive in July, after which we’ll do a big book club where we’ll hopefully Skype in with writer Marjorie Liu! And I anticipate we’ll have a bunch more subscribers jumping onto the single issues once the series returns from hiatus this fall. It’ll probably be bigger than my beloved Mirror and Island by then–will it be able to pass WicDiv and Ms. Marvel too?!

The final issue of the “Rebel Jail” story arc, Star Wars seems to be finding its standard sales level at this point, and will hopefully retain the standard monthly schedule for a while now. Off-the-rack sales numbers for the series have dropped, so at this point most of the book’s readers at our store are the plethora of devoted subscribers.

Jason Aaron seems to be sticking around for the long haul, but is the final issue drawn by Leinil Francis Yu; after this we’re getting another one-off Obi-wan story by Mike Mayhew (these might be standard between-arc issues now?), followed by an arc by new series regular Jorge Molina.

We all new this was coming! The first series based on characters from The Force Awakens and set during the latest time period in the new Star Wars canon, Poe Dameron‘s got everything else going for it too: fan-favorite artist Phil Noto (Chewbacca, Black Widow), and Poe “Hot” Dameron, one of the standouts of that recent movie you might’ve seen. But are we gonna get more of those cute BB-8 backup stories by Chris Eliopoulos like we saw in issue #1?!

This isn’t just a miniseries either, replacing Kanan as the third main ongoing Star Wars book being published right now. We wouldn’t be surprised to see Poe Dameron pass its Star Wars big brother next month!

Kieron Gillen officially announced this past week that Darth Vader will be ending with issue #25, a bold move for such a hot-selling Marvel Star Wars book, and perhaps the most well-reviewed series of the bunch. As he jokingly noted himself, “Yes, it is peak me to manage to get a book cancelled that is in the Top 10. I AM INVINCIBLE!”

Kudos to Marvel for trusting Gillen (with two books on the list this month, alongside WicDiv) enough to let it end there, and letting him just tell the story he wants to tell–I wonder if there’ll eventually be a new Darth Vader book by another writer, or if the publisher will use this opportunity to create a new pillar of their Star Wars comics universe.

Mark Waid and Chris Samnee’s recently-concluded run on Daredevil was one of my absolute favorite superhero comics of the last decade, so I’m glad to see they’ve moved on to Black Widow together with the same singular auteur style. Following up Phil Noto’s gorgeous Black Widow run also presented huge shoes to fill, and it’s great that Marvel has kept Natasha Romanoff’s solo book as a series that largely does its own thing with some of the most unique art in the business.

Sparse dialogue, vivid colors, and kick-ass action; I thought Waid and Samnee’s Daredevil tailed off a bit at the end when Matt Murdock moved to San Francisco, but the new Black Widow run sees the two at the top of their collaborative game again. I’m ecstatic that despite all the buzz other Marvel books are getting right now, Black Widow is crawling up our sales chart on its own (Natasha wouldn’t have it any other way), and I’d love to see it move even farther up.

See you next month! At the end of June I’ll do some halfway-point analysis for 2016… WITH GRAPHS!