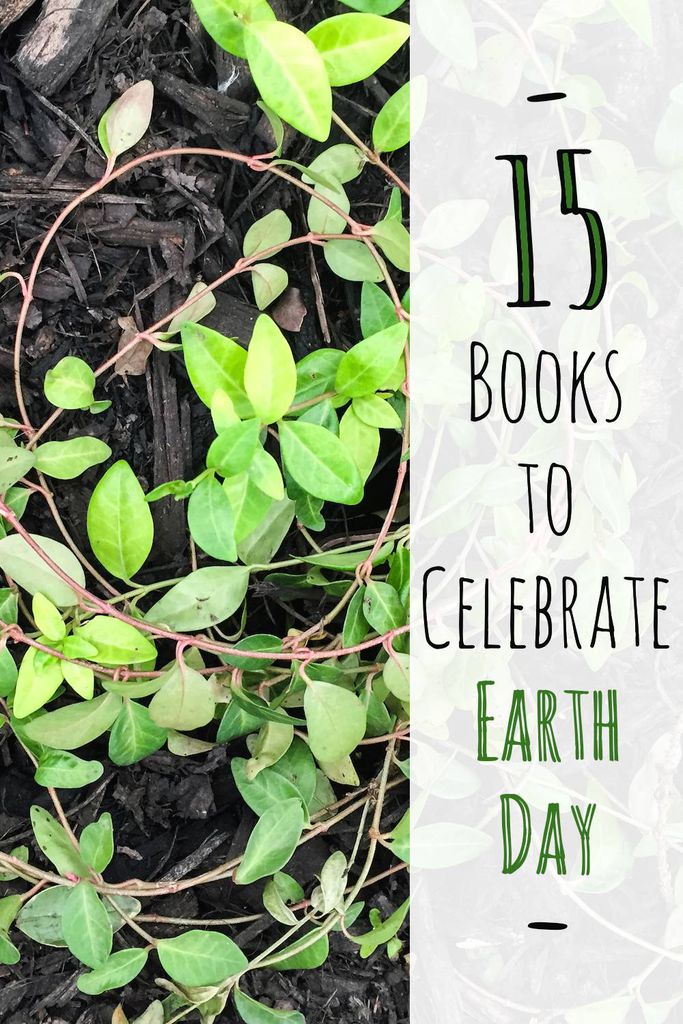 I think John McConnell was spot-on when he proposed the idea of Earth Day, a day to celebrate the beauty and bounty of our tiny little planet and to advocate for its protection and renewal. Since the first Earth Day in 1970, environmental devastation by the agricultural, chemical, pharmaceutical, and energy industries has only grown worse, but there is hope. The environmental movement is now at its height. Consumers are reconsidering their status as consumers and citizens are joining forces to fight for the restoration of ecological balance and the health of all of earth’s creatures. Here are 15 books that explore that struggle and celebrate the magic of the natural world. 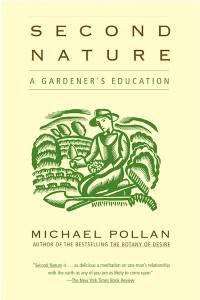 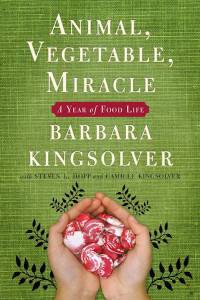 This celebration of food and farm life is one of my favorite books. It invites readers along on a twelve-month adventure in planting, harvesting, preserving, and eating on Kingsolver’s southern Appalachian farm. It’s an eloquent commentary on the disconnect between nature’s rhythms and modern life, and the power of food to strengthen communal and familial bonds. This latter point is punctuated by the format of the book itself, which features fact-filled sidebars by Kingsolver’s husband, Steven L. Hopp and delicious seasonal recipes by her daughter, Camille. 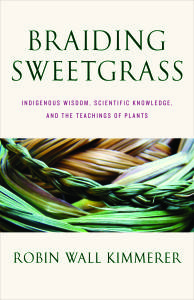 Combining scientific knowhow with a wealth of indigenous wisdom, Kimmerer illustrates how colonialism contributed to our current state of environmental decay and presents a compelling vision for how we can “understand the earth as a gift again” and “make our relations with the world sacred again.” Also read Kimmerer’s Gathering Moss. 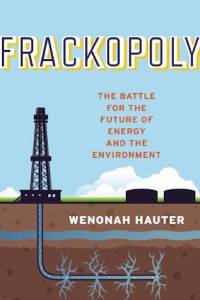 This upcoming title from The New Press addresses one of the greatest threats to environmental balance and human health today. Fracking, short for hydraulic fracturing, uses an obscene amount of fresh water, contaminates the ground water it doesn’t use, and, according to Hauter, releases dangerous radiation from shale deposits deep within the earth–all with the purpose of extracting an energy source that further contributes to global warming. Debunking the myths perpetuated by the oil industry, Hauter presents a compelling case for alternative energy. 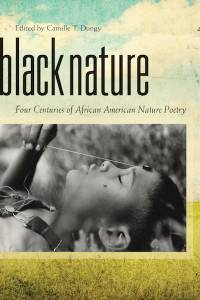 6. The Sixth Extinction by Elizabeth Kolbert 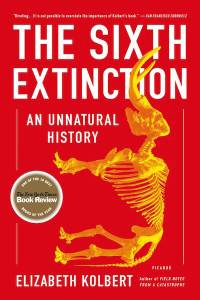 Environmental scientists and activists have been warning for decades that humanity’s unsustainable exploitation of natural resources and contribution to ecological imbalance is hurtling us headlong toward a man-made extinction event. Such a future is both terrifying and horribly depressing, but we must take the threat seriously if we are to prevent the catastrophe that is already underway. In this Pulitzer Prize winning book, Kolbert unpacks the scientific and philosophical implications of our current path toward destruction. 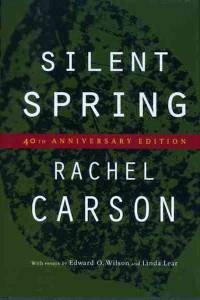 This classic started a public outcry that led to the banning of DDT and launched the environmental movement. It’s a righteous indictment of the chemical industry, and more particularly of pesticides and herbicides, the carcinogenic atrocities that sadly are still found in the garages of most suburban homes. I have no doubt that if Rachel Carson were alive today she would be taking on Monsanto, DuPont, and Dow Chemical. 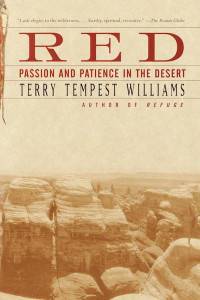 The desert may not seem like the friendliest of landscapes, but in this evocative collection of stories and essays, Williams celebrates the majesty of America’s Redrock Wilderness and advocates for its preservation. She explores the political aspects of the debate over the use of public and private land along the spiritual immediacy of the desert experience.

9. The Soul of an Octopus by Sy Montgomery 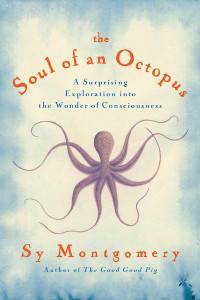 It’s easy for most non-sociopathic humans in the Western world to connect with domestic animals on an emotional and even spiritual level, but what about those animals that are far removed from the human habitat? Octopi are not the sort of creature we immediately think of as having a deep intellect and emotional life. We eat them in sushi bars after all. In this journalistic exploration of consciousness, Montgomery challenges our understanding of the animal mind and provides readers with an opportunity to connect more fully with the natural world.

10. Sisters of the Earth, Edited by Lorraine Anderson 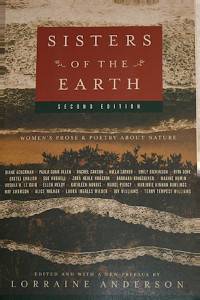 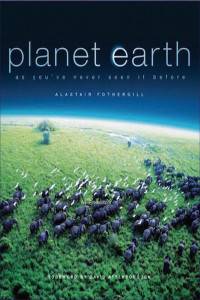 Planet Earth features 400 stunning photographs of landscapes and creatures around the world. Regardless of whether or not you’ve seen the Emmy Award winning documentary, this companion book will make a welcome addition to your coffee table.

12. A Walk in the Woods by Bill Bryson 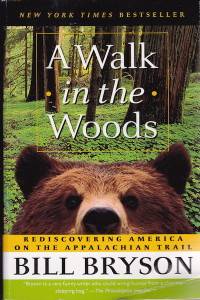 After returning to America after twenty years in Great Britain, Bill Bryson decided to reacquaint himself with his homeland by hiking the 2,100-mile Appalachian Trail. With his signature wit, humor, and eye for the absurd, he explores the history of the trail, remarks on its beauty, and advocates for its conservation.

13. The Cabaret of Plants by Richard Mabey 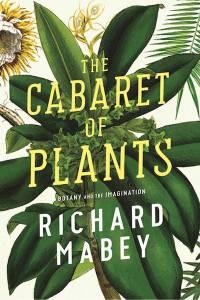 The Cabaret of Plants explores the relationship between humans and plants across 40,000 years of history. Featuring 35 color illustrations, this book is a must have for the amateur naturalist. Also check out Mabey’s Weeds. 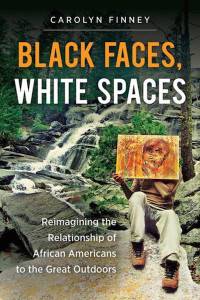 African Americans are doubtlessly underrepresented in environmental and conservation efforts. In this book, Finney explains how slavery, Jim Crow laws, and racism in general have shaped the African American relationship with nature and envisions new ways for black Americans to participate in the effort to preserve the natural world.

15. The Unsettling of America by Wendell Berry 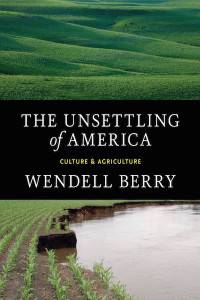 The agricultural industry is one of the greatest contributors to environmental ruin, but agriculture done right could potentially be one of the best tools for healing our broken land, communities, and individuals. In this thoughtful collection of letters, Berry explores the devastating impact of Big Agra and the dangers of our modern culture that demands convenience at the cost of our earthly home. Also read Berry’s Our Only World.