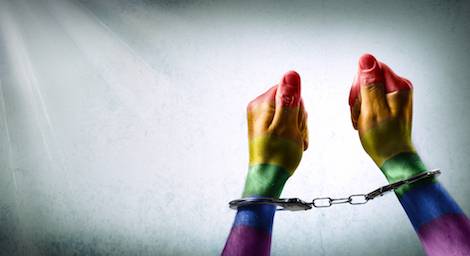 An absolutely disgusting trend this year is the passage of hate bills through states that limit the rights individuals who identify as LGBTQIA have when it comes to the businesses they may patronize or the bathrooms they may use. There’s now legalized discrimination in North Carolina, as well as a bill in Mississippi which allows discrimination based on “religious freedom.”  Call me crazy, but I believe Jesus/God/any other higher being that believes in the good of humans to be good to one another would find any variation of such bills to be the actual sin. But alas.

One of the responses to these bills from individuals outside these two states, as well as other states considering similar measures, has been to ban non-essential travel to those states for government workers, the cancelation of concerts, and the reconsideration of major events and conferences.

Authors have also selected to not appear at events, in solidarity with the LGBTQIA communities. Other authors, including the 250+ children’s and young adult authors who signed this notice stated they will continue supporting their readers and fans in North Carolina.

Sherman Alexie is one of the big names who decided to cancel an upcoming children’s event in North Carolina.

Hate is gross. Legalized discrimination is more than simply a step back in progress: it’s a literal means of justifying bigotry, intolerance, and in cases we will inevitably and unfortunately continue to see, violence and murder of people who do not fit the white cishet Christian male mold.

It makes sense for major corporations or for industries conducting trade shows in these states to reconsider their options. A trade show in a city like Charlotte or Jackson could bring in a lot of money to the local economy from those who are traveling and staying in those places. In other words, it’s not money that’s already in the economy but money coming from outside the local establishment. And, most likely, those businesses and trade shows are going to lose a pile of their own money and time and efforts in making those decisions.

But it is a massive disservice and a bit of a hypocrisy to choose to pull out of events meant for local communities impacted by these bills. While many cheer the decisions for Bruce Springsteen not to play his show in North Carolina and many are thrilled Alexie has also taken a stand against the bill, what isn’t being considered is the message it sends to the individuals who have to live with these laws upon them. Events like concerts and book signings are meant for the local community; this is why they happen in places like indie bookstores and libraries and schools — they’re meant to engage a community. For authors like Alexie, they’re an opportunity for an audience to see someone who may be different from them, to hear stories about and by people who add a different thread to the fabric. Choosing to pull an event for a children’s book release means those children — the very children living under legalized discrimination — are being told they are not worth the time or energy of an author. And by sending that message, those kids don’t have the opportunity to be enlightened, to be educated, or to be entertained by someone who may create a massive ripple in their lives for the good.

The promise signed by those youth authors is powerful and sends a bold message. The unfortunate reality is, though, that unless the work is done to showcase inclusivity, to highlight the lives and stories of individuals who fall outside the legally-protected and privileged class, nothing actually changes.

So sign the promise, but then promote the hell out of the work being written and published by and about LGBTQIA individuals.

Take a good look at the work you’re doing and assess whether it enhances the conversation or detracts from it.

And for the love of all things, get your feet on the ground and show people — kids especially! — that they are worth your time, your energy, your effort, and your love. Even, and especially, if you disagree with the politics under which they’re forced to live.

Change doesn’t happen in a vacuum.