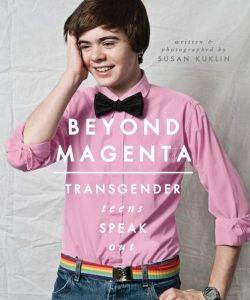 Every year, the American Library Association’s Office for Intellectual Freedom compiles a list of the ten books that are most regularly challenged in libraries—in other words, the books that, for various reasons, have been the target of the most censorship efforts.

The 2015 list—released earlier this week—is as follows:

Looking for Alaska, by John Green

I am Jazz, by Jessica Herthel and Jazz Jennings

Beyond Magenta: Transgender Teens Speak Out, by Susan Kuklin

The Curious Incident of the Dog in the Night-Time, by Mark Haddon

Let’s look at a breakdown of why the challengers found these books problematic, shall we? 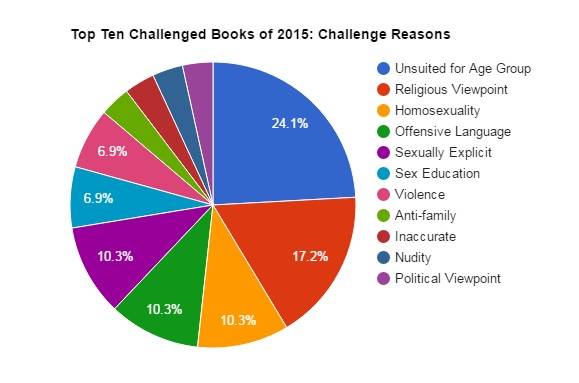 For those of you who are keeping track at home, that breaks down to:

And then there is the always fascinating OTHER designation. This year’s Outside Of The Box Reasons To Censor A Book are: 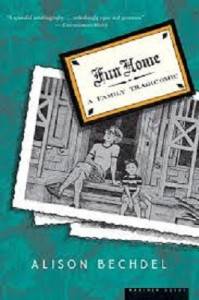 Things I see as notable:

• Beyond Magenta was the title labeled “anti-family.” I’ve read that book, and the only way I could see that designation making any sort of sense is if we are equating “anti-family” with Acknowledging The Fact That Not All Families Are Supportive. Or, you know, if we are defining “family” as a Cisgender-Only Zone.

• Fifty Shades of Grey and The Curious Incident of the Dog in the Night-Time, books written and published for the adult market, were both challenged for being “Unsuited for Age Group.”

• Fifty Shades of Grey was also the recipient of the “concerns that a group of teenagers will want to try it” complaint—which makes me wonder if the complainant also challenged Patricia Highsmith’s The Talented Mr. Ripley or any of the other books that star sociopathic murderers.

• Ditto “poorly written.” Is Fifty Shades of Grey the only book in the library that the challenger regards as “poorly written”? Believe it or not, I actually support people exercising their right to speak up about books that they see as problematic—but I do take issue with people being disingenuous.

• Along those lines, I would like to know if the individual who challenged Two Boys Kissing because it “condones public displays of affection” also took issue with… PRETTY MUCH EVERY OTHER BOOK THAT FEATURES A LOVE STORY EVER.

• Two of the older titles on the list, Fun Home and The Curious Incident of the Dog in the Night-Time, have inspired plays that are currently running on Broadway.

• The wording in the “wants to remove from collection to ward off complaints” challenge—that was about Beyond Magenta—suggests that it very well might have been a library employee who wrote it. Which I find profoundly depressing, but—as I’ve witnessed that very thing happen—not particularly surprising.

Looking through the list, what jumps out at you?