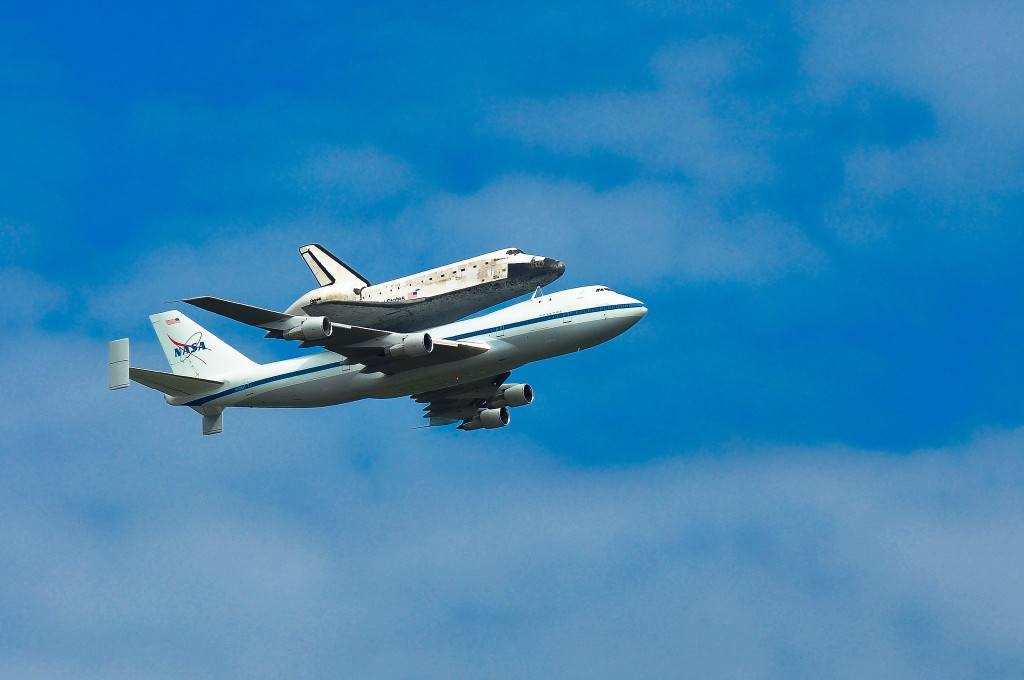 Sometimes I feel like I was born in the wrong era.

It’s not that I’d want to be born in the past—after all, I’m a woman and a person of color, and while it can be fun to romanticize the past, it’s important to remember that I’m living in the best possible time I can for the person I am.

Instead, there’s a part of me that feels like I was born too early, that my soul actually belongs to the future. It’s why I think I’m such an avid reader, because I have the curiosity and the drive of an explorer in a world where the next frontier, space, is a frontier too far to be practical. So I turn to books to satisfy that drive, to seek out fictional worlds and explore corners of the one we live in, and I travel as much as is feasible, but the fact is my heart belongs to space.

I was born in what some would say was the beginnings of the decline of the American space program. We’d achieved the moon, unthinkable just two decades before, and instead of setting our sights on even loftier prizes —a moon base, Mars—Congress decided that we’d be restricted to low earth orbit for the foreseeable future, a pattern we haven’t been able to break away from to this day. My head knows this, knows that the Space Shuttle Program was a disappointment to many after the lofty ideals we exhibited during the Mercury, Gemini, and Apollo days.

Be still, my heart.

I love the orbiters. I love the black and white, juxtaposed against the orange tank flanked by the white SRBs (solid rocket boosters), sitting on the launch pad. Just the image of an orbiter is enough to take my breath away. When I hear the names “Columbia” and “Challenger,” my heart cries. I’ve read book after book about NASA and the space program, from out-of-print histories to astronaut memoirs to technical manuals. I love Apollo. I love what we accomplished. But I am a child of the shuttle program. In the end, my heart lies with these orbiters. 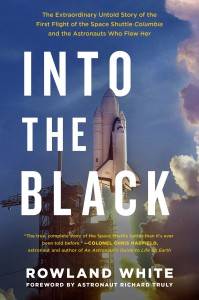 And that is why I adored Into the Black by Rowland White. Because White somehow understands what these space planes mean to me. While it’s subtitled as the account of the first flight of the orbiter Columbia (and that is indeed the framing of the book), what it actually is is a history of the Space Shuttle Program: how it was developed in the wake of Apollo, how it lagged and struggled, the engineering and technical challenges everyone working on the orbiters faced, and the eventual triumph of that first flight with John Young and Bob Crippen at the helm.

I knew how this story would end. I knew what was going to happen. I knew the orbiter was going to get off the ground. And yet.

You can cut the tension in this story with a knife. White makes this story so gripping yet incredibly accessible, whether you inhale every book you can about the space program, as I do, or you only exhibit a casual interest in it. The way this book is presented is remarkable, a feat of engineering I would compare to the building of the orbiters themselves…except I’ve read this book and I have some idea of what actually went into them. (I say “some idea,” not because this account feels incomplete, but because there’s no single book that can cover the depth and breadth of what went into building the orbiters.)

After reading this book that so captures the wonder and majesty of spaceflight, that makes it clear that nothing about spaceflight is routine, that it is inherently dangerous and risky but so incredibly rewarding, I feel proud to be a child of the space shuttle era. Sadness that it’s over. Eagerness at what’s to come. And inspired by this incredible book, by every single person who brought the shuttle program, and their stories, to life.