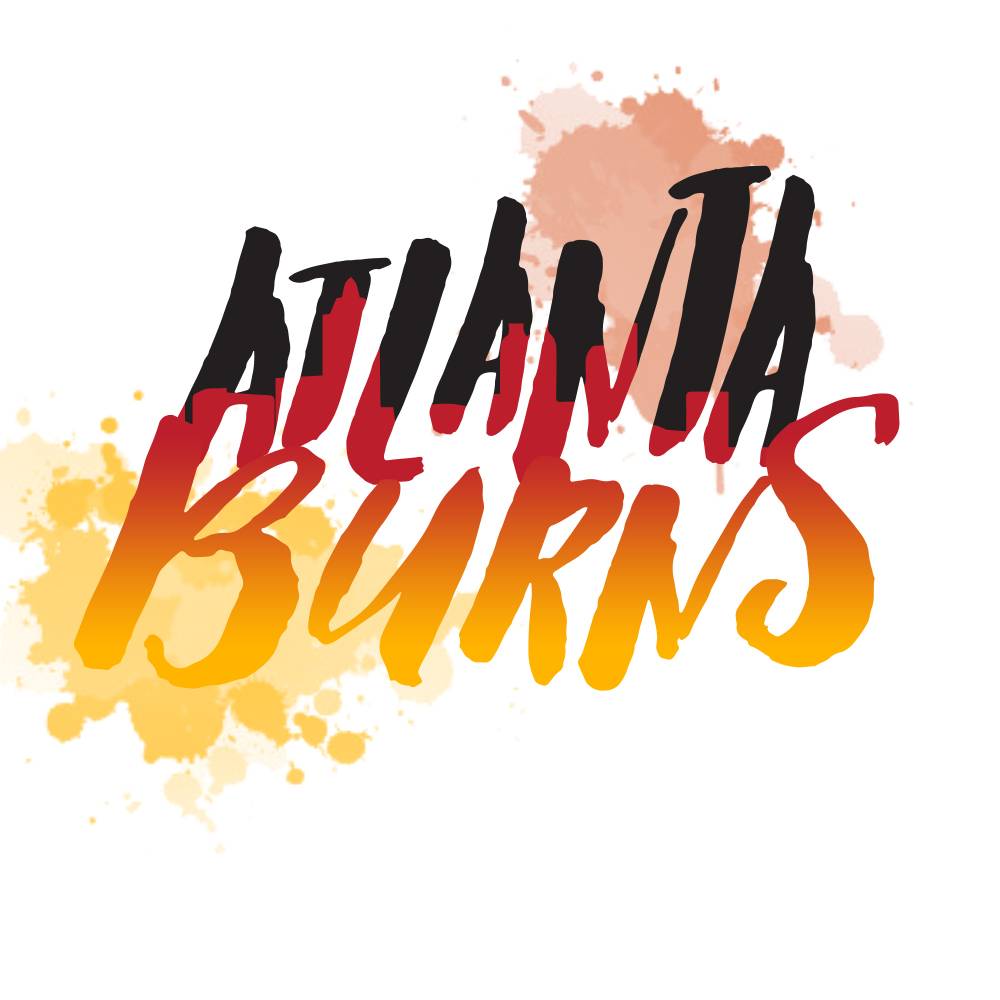 It’s always disappointing to see one of your favorite creative teams leave a comic, but with this penultimate issue from the Batgirl team (Tarr and Stewart ending with #50, Fletcher continuing through #52 with another artist), I found myself in awe of what they’ve done. A mash-up issue with several artists, Tarr’s work encompasses the real world sequences where Dinah and Frankie are trying to get Babs to wake up, while Domingues, Robinson, Doyle, and Harvey’s art takes over the scenes inside Babs’ mind, where Frankie and the once-antagonistic algorithm attempt to piece together what the arc’s antagonist has done to Barbara’s memories. Add in Serge LaPointe’s colors and it is a beautifully, intricately done issue that focuses on Frankie as a hero in her own right and pulls together Barbara’s entire history in this canon. One particular page has gotten attention for potentially taking a particularly toxic moment out of canon (the writers have said that it’s meant to be left up to interpretation) — whether you interpret that page one way or the other, #49 is pretty spectacular storytelling.

This one demanded attention right out the gate. A stunning silent issue pits Natasha against the full shock and awe of S.H.I.E.L.D., from high Helicarrier to cold pavement. We’re not sure what gives just yet, but Nat’s secured a MacGuffin that none are too happy to part with, and what results is a veritable clinic in action storytelling. She plants a kiss on one assailant’s face shield, and in a nice bit of Bugs Bunny levity, that same imprint shows up again moments later. It’s all over in a rush, but there’s no denying the confidence and craft in this exhilarating cold open, a breathless departure from the introspection of Waid and Samnee’s previous collaboration on Daredevil.

Given the less than stellar history of pregnancy and childbirth stories in comics history, I was a little skeptical going into the most recent arc of Spider-Woman. But, with issue 5, Dennis Hopeless and Javier Rodriguez proved why we need more, rather than fewer, stories about parenthood in superhero comics. The bulk of the issue is a study in the exhaustion and frustration inherent in new parenthood, and it’s easy to tell that it’s drawn on both Hopeless and Rodriguez’s experiences as parents. The kicker comes at the end of the issue, though, when Jessica Drew affirms that she can be both a mom and a superhero.

The final part in the “Superheavy” arc – and Snyder and Capullo’s penultimate issue – sees the return of Bruce Wayne as the Batman of Gotham. I largely found the Jim Gordon as Batman story to be quite interesting and a new approach to the dynamic of the book, and I think with this issue it becomes clear how much this story means to the character of Jim Gordon. It’s probably the freshest take on the Man Behind the glasses and ‘stache in many years. Bruce’s return is as dramatic as expected, with a new suit and a somewhat looser demeanor. (Contrast Bruce jumping into a giant Batman mech-suit in this issue to the fight in Batman v. Superman) Capullo’s art continues to set a definitive tone for Batman today. It’s strange to think I picked up Spawn issues back in the 90s with his art and to see how much it has changed since then, but also how much he’s been able to retain. Mr. Bloom’s character design is a riff on Spawn villain The Violator. Yet, it’s not a ripoff, it’s a motif. An homage to the cover of Detective Comics #27 is particularly stunning. The colors in the issue, especially the black hole which is opened in Gotham from which the arc takes it name, are particularly strong. There are pops of colors, bright purples, oranges, reds amidst a grey/blue/black world. But the black hole is a dark spot surrounded by glowing white. It’s almost blue in color as it washes out scenes. The character of Duke, one of the Robins righting wrongs in the streets is given several character moments that really strike the right emotional beats. A 10 page epilogue, drawn by Paquette and colored by Fairbairn, gives us some closure to the Snyder-Capullo run while also setting up the future. It’s a great read and a solid ending to what will most certainly be the definitive Batman run of the 2010s.

By spending countless hours staring into the luminescent void of a laptop screen for work, I tend to be shy around webcomics. I know they’re the vanguard of comics creativity right now, but: my retinas.

While I better adjust myself to reading webcomics in their native format, I’ve been buying their collections; O Human Star as my (much recommended) first. And if this is what I’ve been missing, then who needs retinas? OHS opens on an engaging premise: Alastair Sterling starts the robot revolution, dies, and wakes up 16 years later to see the world he helped create—oh, and he’s now a robot. Delliquanti uses this backdrop to explore loss, romance, and autonomy through identity. Her charming characters are buoyed by a considered pace and minimalist color palette of blues and oranges. Alastair already slept on a creative revolution; don’t sleep on the comics one by missing O Human Star.

“Betty Draper meets Hannibal?” YES PLEASE. Josie Schuller is the picture of a prim and proper 1960s housewife complete with perfectly coiffed hair, a-line house dress, and pillbox hat. She also happens to be an assassin. The visual style of this one juxtaposed with the pure badassery were irresistible.

Finally given an official English release after years of building a cult following online, I couldn’t have been more hyped for Goodnight Punpun–a slice-of-life manga about a boy represented by a cartoon bird in an otherwise realistic world that acts as a metaphor for puberty?! The cartoon bird juxtaposed against Inio Asano’s otherwise hyper-detailed art style makes this work stand out among his other great comics like A Girl on the Shore and Nijigahara Holograph.

You guys, I legitimately teared up while reading this issue of Rat Queens. I know Hannah is troubled, but no one deserves to see all of their friends turn against them. On the other hand, her friends deserve to know why they’re really at the University, and what danger Hannah has brought on all of them. Rat Queens is getting REALLY real, guys, and it’s awesome.

I didn’t read comics very much until I was an adult, so as a kid I got most of my visual kicks from illustrations. Until I opened The Autumnlands, I’d forgotten what an impact a certain kind of story illustration had on me, but there they were: animals wearing clothes! This comic is definitely not for kids; it has a bit of violence and lots of swearing.  But Benjamin Dewey’s images of dogs, badgers, and bison — walking upright, wearing robes or tunics or armor — took me back to reading Wind in the Willows, Alice in Wonderland, even Frog and Toad are Friends. I have to think E.H. Shepard, Arthur Rackham, and Arnold Lobel would all have gotten a kick out of what this book is doing. The high fantasy plot doesn’t stand out, but Kurt Busiek knows how to script dynamic action scenes, and Jordie Bellaire (of course!) does a lot with colors, drawing magical scenes so bright they literally seem to jump off the page.

This sort, wordless, black and white comic has stuck with me since I bought it at this year’s Staple! convention at the beginning of March. The story is fairly simple, following two soulmates as they find each other, get torn apart, are reborn, and start the cycle over again through several centuries. The detail and care Strychalski puts in every panel made me wish this was a longer book, but the emotional punches she manages to pack in such a short time make this a beautiful example of “less is more” storytelling.

I loved the first issue of We Are Robin, so I was thrilled to pick up the trade paperback. It did not disappoint! There were a dozen times I stopped to re-read and savor the storytelling, and I loved how diverse and inclusive the characters were. We are all Robin! You don’t have to be a superhero in order to change the world! Yet the story also grapples with questions of morality and the inherent violence and ambiguity of vigilante justice. I would recommend this book to anyone–but especially readers looking for a gateway to superhero comics, and to young adult readers. Last but certainly not least, I really enjoyed the art–it kind of reminded me of the caricature style of Chew, with exaggerated figures and pops of color.

I’m late to the Faith ballgame, but a recent trip to my new LCS threw me into a comics-buying spiral and the first three issues were the first things on my stack. All I really knew was that Faith was a “fat girl” but other than that, I had no clue. I didn’t know about her past appearances in other Valiant story arcs either. But I jumped in and I’m so glad I did. What a breath of fresh air! Faith is the comic I’ve been looking for in my “everything should be like Ms. Marvel” search. I mean, she works at a Buzzfeed-like website, churning out listicles, and flies to avoid traffic jams in LA. Faith is likeable, in that “I want to hang out in her apartment and watch The Bachelor” way. You can feel in this third issue of her solo outing the narrative coming together, and I’m so on board with what’s coming.

At this point, I’ve got certain books that are just not letting me down, month by month. And Unfollow is definitely somewhere at the top of that list. I’ve said nice things about it before, but sometimes a series that start with an explosion and then drop into a simmer, slowly losing heat. Unfollow avoids all that. How? It plays with genre tropes while constantly subverting your expectations. It’s familiar… almost too familiar… and then bam! The story pivots when you weren’t expecting. The fifth issue of Unfollow does exactly that. We’ve come to expect our masked patron to stay masked, so what happens… um, he unmasks. And somehow it’s even creepier by… not being that creepy? And our island refuge where we’ve been perhaps expecting a battle royale? Yeah, we’re leaving that behind to follow one of our protagonists, Dave, into a different, yet still familiar scenario – does a sudden influx of money lead to happiness or can it be more trouble than it’s worth? This series hits all the right notes, and it shows no signs of slowing down.

I have to confess, I was a very avid supporter of the Valiant relaunch but fell off a bit as my pull list grew to an unmanageable heap. As I was going through this month’s releases, the list of creators on this Annual immediately caught my eye. I’m a sucker for anything Michel Fiffe and Benjamin Marra, so this was an instant buy for me. As much as I enjoyed all of the stories in this anthology-style Annual, it really makes me crave a Fiffe/Marra ongoing. I highly recommend checking out this book, even if you aren’t familiar with the character or publisher.

This graphic biography of Agatha Christie, framed around the author’s real-life disappearance in 1926, is both riveting and enjoyable. The art really conveys Christie’s free-spirited and whimsical nature and does justice to her incredible mind and amazing legacy. Fans of Christie will really appreciate the fact that her characters make guest appearances in the biography, talking to the author as she navigates through her life. Highly recommended!