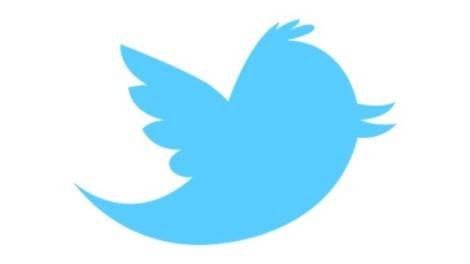 When I read my first Harry Potter in 1999, I logged onto AOL and typed the the boy wizard’s name into a search box. I was on fire with excitement, swept away to the world of Hogwarts, and wondering if anyone else had heard of these books (LOL). When a list of chat rooms and fan sites popped on the screen, I cried. It’s a very poignant memory for me, the sheer relief of knowing there were other people in the world who felt as strongly as I did about this magical series. If books can make you feel like you are not alone, fan communities can make you feel like you are not deranged. Or at least you are with company.

As a reader and a person who has remained addicted to the connections the internet can provide, I’ve taken my fan sensibilities to social media. I read a lot of young adult and fantasy, and Tumblr is the place where those types of fan communities thrive. Teenagers and their Photoshop- there’s some gorgeous stuff to enjoy. But Twitter has been a different arena for me as a reader. Many, many authors have Twitter accounts, and I’ve found that following authors has made me feel like I have a front row seat for the secret (or widely broadcast to thousands) lives of the people who make the books.

I have had my fangirl Twitter moments, like when Rainbow Rowell was chatting about the real life people on which she physically based some characters and she answered my question about two of my faves. (Levi=Tom Felton. Georgie=her children’s pediatrician.) Once Leigh Bardugo called my friend and I “her people” in response to our excitement over some Hamilton animation she had shared and there may have been some squeeing on my end. Do these instances seem small? Yes. Do I ride the high of direct interaction with one of my favorite authors for days? Yes.

Then there’s the authors I followed on Twitter before I ever read their books. I just read Kissing Ted Callahan (and Other Guys) because Amy Spalding kept popping up on my Twitter feed and I loved her witty tone. I may not have snapped it up on my Kindle if I hadn’t seen (ON TWITTER) that it was on sale that day. I know about Jes Baker from her work in the size acceptance community, and I bought Things No One Will Tell Fat Girls after seeing her talk about it on social media. Tim Federle has one of my favorite Twitter accounts of all time. He’s funny and interesting and makes lots of musical theater references, which is the key to my heart. I haven’t read one of his books yet, but The Great American Whatever is on my TBR list solely because I want more tweets like this one: 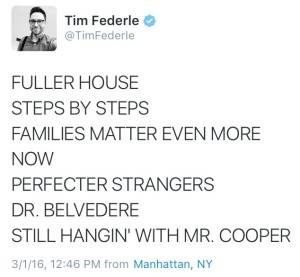 When I finished Fake ID by Lamar Giles, I needed to know if there was a sequel. A little Googling didn’t give me the answer, so I asked Lamar Giles directly. He answered and thanked me for reading. Gwenda Bond was super friendly when I tweeted about shipping two characters in her Lois Lane: Fallout.  I recently finished a new YA dystopian novel, On the Edge of Gone by Corinne Duyvis, which features a main character with autism. I had never read a character quite like Denise, and I was wondering how Duyvis had researched to capture this new heroine. I popped to her Twitter account and in her bio she shares that she is autistic herself. I enjoyed the book even more knowing how qualified Duyvis was to tell the story from the perspective she presented.

Obviously, authors are people with busy lives and day jobs and not every person you reach out to on social media will have the ability or inclination to reply. As long as you are acting like a respectful human, there’s no harm in tagging an author when you’re praising their book, or even asking something specific about their work or process. I personally don’t @ an author if I have something bad to say about a book, not because I think their feelings need to be protected but because it’s a jerk move. The book is already published and I am not the New York Times Book Review. No one cares all that much about my criticism. My interactions with authors on Twitter are solely for my own enjoyment.

So, yes, sometimes Twitter is a raging garbage fire where the hollering of complete strangers can make me need to close my eyes for awhile (ew, election year), but Twitter is also an arena for that buzz of connection I have been seeking since I found my first fanfiction site all those years ago. There are announcements about cover reveals and release dates. There is groaning and commiseration about the tedium of the writing process.  But most exciting for me is the ability to associate with authors and readers who are pumped up about and pumping out stories.

Who is your favorite bookish person to follow on Twitter? Does the notoriety of a person increase your excitement to interact them on social media? Do you remember the Harry Potter AOL chat rooms from 1999? Do share!