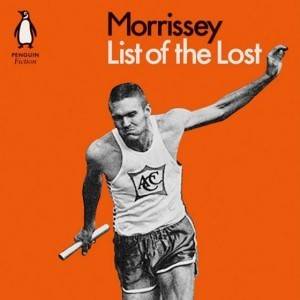 Name one sex scene in a novel that doesn’t somehow exude mawkish delicacy or over-the-top melodrama. To be honest, I can’t automatically think of any particular book. Is it because I tend to gravitate towards literary fiction that purposefully pushes the act itself into the background, like the slow scene dissolve in a movie? Or is it because literary fiction routinely fumbles with sex scenes, uncomfortable with making body parts into something more than flesh and fat and fumbling desire? Perhaps the lack of “good” scenes in comparison to examples of bad sex is due to this: some writers excessively focus on the literal how and not the why. The most compelling sex scenes are padded with the subtext leading up to that particular moment, the variety of motivations of the characters. They respect their characters in these instances of vulnerability.

When I think of memorable sex scenes in literary fiction, I can’t help but conjure the short stories of Mary Gaitskill. In her collection Bad Behavior, love is rarely a part of the ties that bind couples together. The characters in these stories are yearning for ways to escape their physical bodies and use sex as a means of distraction or self-indulgence. The focus is not to romanticize dysfunctional sexual relationships. Rather, the sex scenes serve as symbols of a power imbalance. The collection features the infamous “Secretary,” which was later turned into a movie starring Maggie Gyllenhaal and James Spader. The film version notably diverges from the ending, writing a happy ending to this dark, unconventional fairytale. On the other hand, Gaitskill doesn’t allow her characters to ride off into the sunset, married and content to play into the public’s perception of their seemingly patriarchal household.

In an essay for The Rumpus, author Steve Almond writes, “Sex is inherently over the top. Just telling the reader that two (or more) people are balling will automatically direct us toward the genitals. It is your job, as an author, to direct us elsewhere, to the more inimitable secrets of the naked body. Give us the reddened stubble in the crease of a debutante’s groin, or the minute trembling of a banker’s underlip.” Generally, sex is sexier when it’s not explicit. A writer doesn’t need to painstakingly recount every last detail, but they do need to detail sensory reactions. The details can make a scene go from feeling like bad porn riddled with sexist cliches to a piece of realistic character development. Almond later adds, “The body does its happy labor during sex, but the mind works overtime. And just what do people think about? Laundry. Bioterrorism. Old lovers. Sex isn’t just the physical process. The thoughts that accompany the act are just as significant (more so, actually) than the gymnastics.” Again, emphasis on reaching beyond the physical act of sex in favor of utilizing sensory details. Please don’t tell readers about a man’s “quivering member.” Tell us that your male character forgot to shower and notice the change in the smell of his sweat. Tell us about the way your female character tripped over a pair of his shoes on her way into the bedroom and now has an angry splotch of purple on her knee.

Unfortunately, it’s easy to write terrible sex scenes. That’s why Literary Review established the Bad Sex in Fiction award. Founded in 1993, the award aims to “to draw attention to poorly written, perfunctory or redundant passages of sexual description in modern fiction, and to discourage them.” Last year’s award went to former Smiths lead singer and overall curmudgeon, Morrissey. His debut novel, List of the Lost, involves three Boston relay runners who are the recipients of a curse. The scene that won the award reads as rejected Smiths’ lyrics, with a couple “screaming and shouting as they playfully bit and pulled at each other in a dangerous and clamorous rollercoaster coil of sexually violent rotation.” If you’re ever confused about what constitutes a bad sex scene, take a minute to re-read Morrissey’s passage. As Elissa Wald observes in an essay for Lit Reactor, in order to write about sex, “We have to resist the version of sexuality that’s brandished at us every day by the advertising and fashion industry: most especially the idea that we can only be aroused by superficiality and perfection.” The difference between a skillfully crafted sex scene and one of Morrissey’s caliber is the intent. Sex scenes are not meant to be exercises in perfection, but the messiness of humanity.