Yay! The new Top Chef season is in full swing. I don’t love a lot of reality shows (although I have absolutely watched… let’s call it more than a few), but I have to make an exception for Top Chef. I’ve been watching this thing on and off since it came out, more as I got braver and tested out my first tentative bechamels and ceviches- that “Top Scallop” season was also very helpful! After my… interesting… initial efforts, it was nice to see some food that did not turn out like a messy lump of questionable origin, but in fact very much like someone actually planned it and made it look as beautiful as it was supposed to. I salute you, people who actually know what you’re doing!

Move than this, I admit that I watch because I like the beauty that is sometimes on display on the show at its best. I like the beauty of even the words for some of the food, never mind the actual plating as it turns out which is sometimes beyond lovely. I like indulging in the beautiful settings they place the beautiful food in and relaxing to Padme’s beautiful voice… well at least for most of the episode before the yelling over (beautiful) wine begins. There’s something that’s just pure indulgence about the final product, something that I’ve found both soothing and lovely to see.

As a reader, thinking about this immediately got me thinking about books I have read that also display that element of combined high skill and beauty that I find so captivating, whether it is focused on the food industry or not. I came up with some stuff. So here’s a list of books for Top Chef fans that meets these tastes: 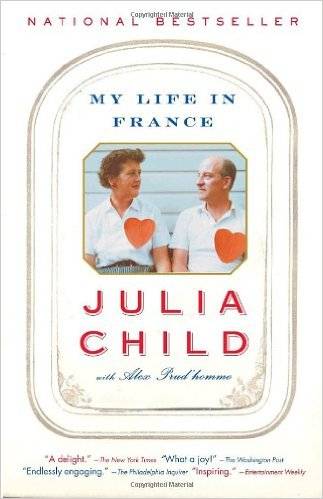 Yeah, yeah. Many of you have read this book. But if you haven’t, this full-stop needed to be the first book on the list. Not only does it describe the life of one of the most famous American chefs of the past century, it does so wonderfully and offers the kind of story for people to be drawn to and inspired by, whether or not they care a hoot for what boeuf bourguignon is or not. Julia Child was in her late thirties when she actually began the career as a chef that would make her famous– transforming herself, due to sheer self-motivation and willpower (and against her upbringing) from a diplomat’s somewhat aimless wife into a questioning, inventive chef that showed dedication such as I’m not sure she even really thought herself capable of at first. This is the case of someone’s passion (in this case for food), bringing out the best in them and helping them to achieve a professional beauty that was recognized internationally. Come for the beautiful menus, stay for the beautiful personal transformation! 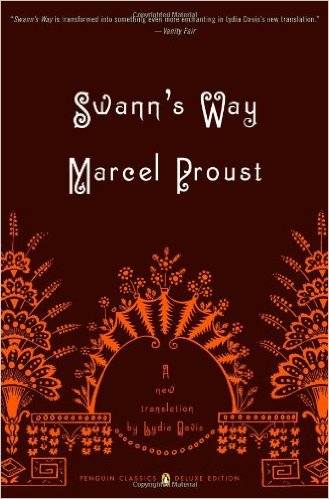 Swann’s Way has perhaps the most famous moment for food in all of literature– when Proust’s narrator takes the bite of the madeleine and is instantly transported back to his childhood and through a cycle of memories that ultimately takes seven volumes to complete. And it’s worth being on the list for that scene alone. But beyond that, I beg you to consider In Search of Lost Time as the work of a perfectionistic, wonderfully observant genius. Proust’s exquisite prose, where his words are chosen carefully and his imagery is like to stay in your brain for days to come, offers more than enough beauty and an unbelievable amount of skill– though the latter is mostly hidden beneath the glittering surface (just like any good chef would want). 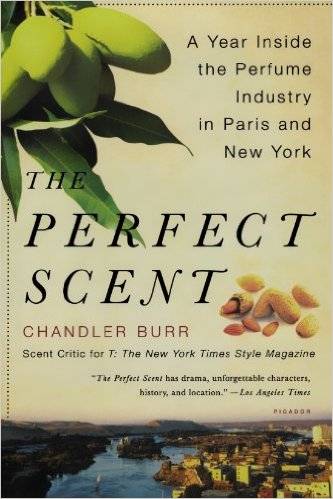 The Perfect Scent: A Year Inside the Perfume Industry in Paris and New York by Chandler Burr

I know this isn’t about food. But trust me, if you like Top Chef, especially if you like seeing how the upper end of a luxury industry works, then this book needs to be here. Like the world of fine-dining, the perfume industry walks back and forth across a line of being the realm of artists and the realm of businessmen, being motivated by commercial profit and being motivated by a genuine love for the product- and usually its some mix of the two. Burr, who writes about perfume for the New York Times (sign me up for that job!), explores the perfume industry in New York and in France by following the creation and launch of two different perfumes from two very different houses from beginning to end. The secretive, conspiratorial, paranoid insularity of the perfume industry- and the rare behind the scenes access the press are given-in France made his trip inside that particular country’s industry the most fascinating part of the book, but the whole thing is a great example of another industry where passion, profit and performance mix in sometimes degrading, but sometimes enthralling ways. 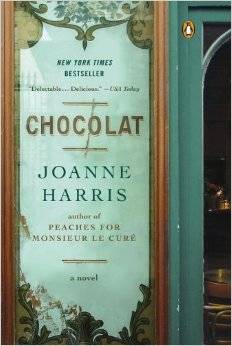 Man, talk about indulgence. I love this book, I love this movie, I love everything about this story. This is the thing that I reach for when I need the kind of enveloping once upon a time like story that nonetheless has enough roots in the real world to feel true and real. This is the story of Vianne Rocher and her daughter, a new family that move to a small French town during the season of Lent, bringing mystery, possible scandal, and exquisite chocolates with them. This tale is about prejudice, grief, friendship, growing up and the quieter moments of life that nonetheless hold the greatest personal value. It’s about trying to move on, and is filled with people who are presented with the opportunity to be themselves at last. All thanks, or so it seems, to a little chocolate. 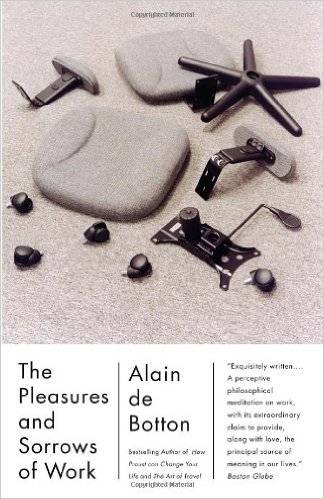 The Pleasures and Sorrows of Work by Alain de Botton

Alain de Botton has created a literary-inspired cottage industry of books on modern themes, from status to happiness to travel to love. It makes sense, in our workaholic world, that he would eventually get to the modern workplace. As on Top Chef, this book is dedicated to finding the beauty and art in professions (and even dedicated hobbyists) that can sometimes look like a lot of chaos and hard work- even drudgery. He speaks to cookie manufacturers, ship-spotters, aviation workers, painters, and accountants. While some chapters are stronger than others, de Botton’s dedication to illustrating the people in these professions and their daily lives is admirable, and it is a reminder that if we are going to continue asking each other the ubiquitous question: “So what do you do?” in social situations, perhaps it should be with geniune interest and a willingness to learn something new, rather than with the judgment we can sometimes hear in the question. My personal favorite chapter was the one on the ship-spotters, but I expect that everyone who reads this may have their personal favorite, which is another reason to check it out. 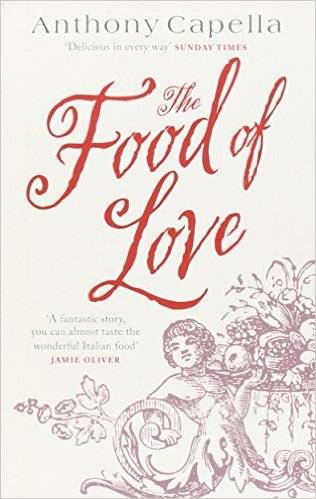 The Food of Love by Anthony Capella

And we go out on a little more indulgence, because why not? This book is an updated version of Cyrano de Bergerac, except in this case Cyrano (the chef Bruno) is not plying his love (Laura) with poetry, but rather with Italian food. Bruno, Laura, and Bruno’s mouthpiece for the story, Tomasso the waiter, are all bound up together in a sunny Italian landscape and constantly described food… and the sensual scenes that that food inspires. This is a pure fantasy, but of just the sort that food lovers might love to indulge in. Enjoy it in one sunny afternoon- it’s that sort of book.

So get to it! Gluttony isn’t a sin… with books anyway. 🙂 Enjoy!

Any more books that should be on this list?