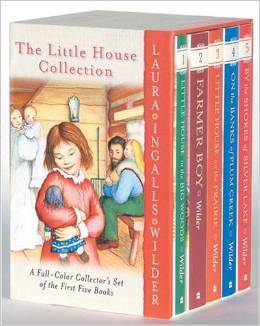 So back in November, I made a joke that I would write a series about all the comics I bought at the Toronto Comic Arts Festival but haven’t read.

Well, a joke no more! With TCAF 2016 approaching, I thought a series on these titles would provide me the motivation to get through past hauls, and make room on my to-read pile for new stories. So for part one, I’ve read: an anthology, two graphic novels, and a mini comic.

This graphic novel came to my attention when this review by Page 45 appeared on my Twitter timeline. It’s about a twenty-eight year old woman named Nao Brown who is a hafu (half Japanese/half English), and has obsessive-compulsive disorder (OCD). She deals with it through unseen mental rituals, and in the meantime, wants to find the perfect love while getting her illustration career off the ground. It’s a gorgeous book, but longer than it needed to be. I can easily see someone falling in love with it or dropping it half way through but what I do know is the anxiety expressed on the page triggered my own. I’m still figuring out if that’s a good thing. The art is tactile, and the crown jewel of the entire experience. I wasn’t in love with the graphic novel overall but it did make me reflective.

I picked up Bad End from TCAF in 2015, and got it signed by Isabelle Melançon who was lovely. It’s an indie comic published through Fairylogue Press which is a joint venture from Melançon, and Megan Lavey-Heaton for their collaborations. The cover drew me in so I bought it and their other comic, The Storm. It’s inspired by Edward Gorey’s alphabet book, The Gashlycrumb Tinies, and it covers fairytale characters who “ventured forth to fulfill brave deeds…too bad they didn’t actually succeed”. The art is stunning as it acts as one shots of the given tale being told in rhyme. It’s black, and white which feels fitting, and the gorgeous lettering by Lavey-Heaton really ties it all together. It’s a fun, and short read that you can revisit again, and again. The cover was nice to touch with this velvet-but-not feel to it, and love that tactile experience with covers! I liked the experience of reading this a lot.

I love Jillian Tamaki, and I really enjoyed her collaborative comic with her cousin, Mariko Tamaki, called This One Summer. I bought it at TCAF having already read but decided to get Skim too – their other collaboration – and get signed by Jillian. She was fantastic and was willing to stay an hour after the designated signing time to get everyone in. Skim is Kimberly Keiko Cameron: a teen wannabe Wiccan. She explores sexuality, love, death, and loneliness through a secret relationship with her English teacher, Ms. Archer, and the suicide of her classmate’s boyfriend. She copes with all of this through her journal, and it’s a deep dive into the head of an adolescent girl. The art did this dance of black, and white where I sometimes wondered if Jillian was working with black paper and white ink. Bonus was its setting: Toronto! It’s nice to see your home represented in fiction. I thought it was a nice read but I didn’t connect with it as well as This One Summer. I do recommend it, though.

I actually sought out the anthology’s second volume heading into TCAF after seeing it on the site’s list of debuts, and decided to grab the first volume too. Volume one was a mixed bag of content. For the most part, I enjoyed the comics in the collection especially WTF at the CNE by Christopher Bird, and Greg Jensen that discussed the weird events that the Canadian National Exhibition used to have (the Mayor’s Bathtub Race for example). However, I had to skip at least three stories since the font was so tiny that I’d have to strain my eyes to read it. That’s the collection’s biggest downfall, I’d say. I enjoyed the Toronto-ness of the whole thing, and I thought Ty Templeton‘s forward was fun. I hope there’s more diversity in volume two!

That’s four down out of the twelve. I’ll be reading Explorer: The Hidden Doors (an anthology), and Escargoteric (a mini comic) next!