Happy New Year, friends and book-lovers! I have one prescription to make 2016 a rad-as-fuck year: MORE BOOKS. 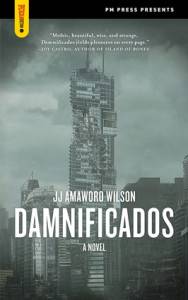 I scroll through a lot of small press offerings during the year, and while it’s easy to find great small press offerings (srsly, it is–I did almost a whole year of them), it’s rarer to find one that leaps out at you immediately. This one leapt out at me immediately. I would describe this as a gritty, urban, heroic, magically-realistic tale of revolution, which is why I don’t get to write book copy. A whole city of misfits and vagabonds take over a half-built skyscraper in the fictional Latin American city of Damnificados. There, they attempt to build a life for themselves against the tide of backlash from city officials and real estate moguls. This book will especially appeal to fans of speculative fiction, Ready Player One, and possibly China Miéville. 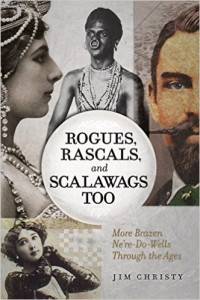 2. Rogues, Rascals, and Scalawags Too: More Ne’er-Do-Wells Through the Ages by Jim Christy (Anvil Press, 7 January 2016)

As noble and valorous as our favorite heroes are, many of us can’t resist a good tale of villainy. Christy writes about real-life con artists, adventurers, and hedonists that span ages and continents to deliver us juicy stories of skullduggery and debauchery. And if you like this one, it’s the sequel to another book that you could also devour–just, try not to break anything if it inspires you to practice swashbuckling in your living room, aye? 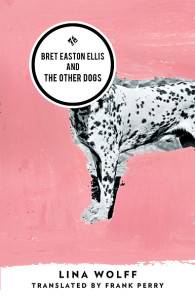 3. Bret Easton Ellis and Other Dogs by Lina Wolff, translated by Frank Perry (And Other Stories, 12 January 2016)

Okay, I have to admit that the title made me laugh right the fuck out loud. Bret Easton Ellis and Other Dogs is the English-language debut of Swedish writer Lina Wolff. It centers around a Spanish brothel, where the women are collecting stray dogs whom they name after famous writers (Chaucer, Dante . . . and Bret Easton Ellis). There’s also a young girl in Barcelona trying to trace her roots back to that town with the literary dogs in the brothel, which gives the story a mystery to spur it on. Wolff is blackly funny and sexy-but-with-layers. Definitely a book to watch for. 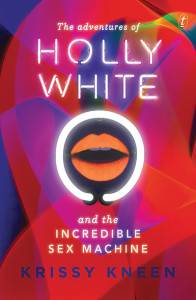 4. The Adventures of Holly White and the Incredible Sex Machine by Krissy Kneen (Text Publishing Company, ) 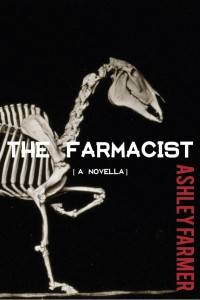 Okay, so The Farmacist is from last month, but this first full-length offering from Jellyfish Highway Press barely has the shine rubbed off. Virtual farmers plow fields for fake coins; Jesus Christ has come back as a fallen satellite. Where the virtual and the real intersect, where work and play meet, this universe feels both recognizable and surreal as hell. It plays on themes we all recognize: isolation, alienation, and the dwindling American Dream. (If you’d rather have an ebook, you can get that directly from the press here.)

Did you burn your gift cards on books yet? Read any good small press books lately?