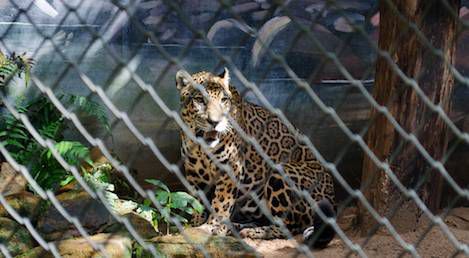 To the animals of Earth, homo sapiens have invaded their habitats like aliens in Independence Day, killing and destroying everything in sight. So far no valiant animal hero has been able to stop us and save their day. Why do humans not recognize the evil we do? Why do we think we’re so superior that we can kill animals at will? Are animal minds without value? Are human minds the only ones deserving the ethical rights to exist? If you could comprehend reality with the soul of a chimpanzee, crow, or cow, how would you judge us? And if we build sentient machines, how should they handle humans? What if they treated us like we treated the animals? Is that why we fear AI? 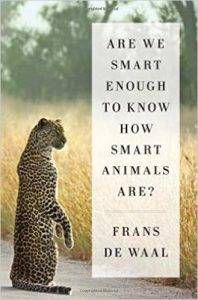 2016 was a great year for books about animal consciousness and artificial intelligence. We don’t know how human consciousness works, but we’re learning more by studying non-human minds. My favorite book of the year is Are We Smart Enough To Know How Smart Animals Are? by Frans de Waal. Not only did I learn about animal awareness, and how animals are a lot closer to us in consciousness than we thought, but my biggest revelation from the book was how much we’re like animals. I read the chapter on chimpanzee politics around election day, and I realized the reason Trump won. Many voters don’t vote with higher logic but with deeper instincts – ones closer to our animal nature. Many voters were drawn to Trump because he has alpha male qualities our animal natures recognize. If you don’t believe that, read de Waals. We need to understand our animal natures to overcome them.

Reading books about animal intelligence will expand our minds, and maybe teach us not be the dicks of nature that we are. We need to understand animals to understand ourselves. We’re not so smart, and they’re not so dumb. Ever since prehistory, humans have felt superior to our fellow creatures, never showing much empathy for them. Many people believe humans are God’s chosen creation, and animals are objects to use, not conscious beings like ourselves. They believe there’s a quantum leap from animal mind to human mind that justifies our superiority. De Waals shows that’s wrong– it’s a continuum. Consciousness, self-awareness, and intelligence lie along a spectrum. His book describes a variety of scientific experiments to prove his point. And the real take away from this work is we lag behind the animals in some areas. We’re all animals, each adapted to an environment. We look down on animals because they don’t compete well in our environment, but if we took a SAT based on their environment we’d score very low. When we make the tests fairer, animals can sometimes beat us. One funny example was chimps beating children at video games.

There were many books this year to read that would enlighten us about our distant relatives, including: What A Fish Knows: The Inner Lives of Our Underwater Cousins by Jonathan Balcombe, The Genius of Birds by Jennifer Ackerman, The Hidden Life of Trees: What They Feel, How They Communicate—Discoveries from a Secret World by Peter Wohlleben, Being a Dog: Following the Dog Into a World of Smell by Alexandra Horowitz, and The Lion in the Living Room: How House Cats Tamed Us and Took Over the World by Abigail Tucker. 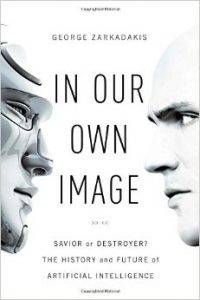 We can understand the human mind better by studying animal minds. But we also learn more about being human by constructing artificial minds. 2016 books like Our Own Image: Savior or Destroyer? The History and Future of Artificial Intelligence by George Zarkadakis, Beyond Human: How Cutting-Edge Science is Extending Our Lives by Eve Herold, and Rise of the Machines: A Cybernetic History by Thomas Rid, help us understand the nature of intelligence, language, awareness, pattern recognition, and the limit of our own senses in comparison with what we can build with machines.

There are two older books I highly recommend to read along with the above books. They are Thinking, Fast and Slow by Daniel Kahneman, and The Blank Slate: The Modern Denial of Human Nature by Steven Pinker.  They provide fantastic lessons in becoming aware of our unconscious mind, which I assume is like animal awareness. I’ve had two experiences in my life where I lost my language ability, the first in the ’60s by taking too much acid, and the second when I was old and had a mini-stroke. Experiencing awareness without words was probably the closest I’ll ever get to understanding how animals perceive. De Waals believe we overrate language, and he might be right. Our conscious mind, with its ability to describe reality in words, is just the tip of the iceberg when it comes to our total awareness of reality. Animals experience reality different from us, each unique for their species.

We need to understand our way of seeing isn’t the only way, and definitely not the superior way. Our conscious minds constantly trick and delude us, and we need to learn how to see through those delusions. We also need to understand how our unconscious minds make many of our decisions. What makes us kill animals is our animal nature. What we really seek are higher states of consciousness. To get there we must comprehend our lower states. And we must give animals the ethical rights to their own space in reality.

[As a side note, Michael Lewis’ new book, The Undoing Project: A Friendship That Changed Our Minds is about the man behind Thinking, Fast and Slow. It chronicles how Kahneman came to distrust his own mind, and learn how we need to ignore what we think.]