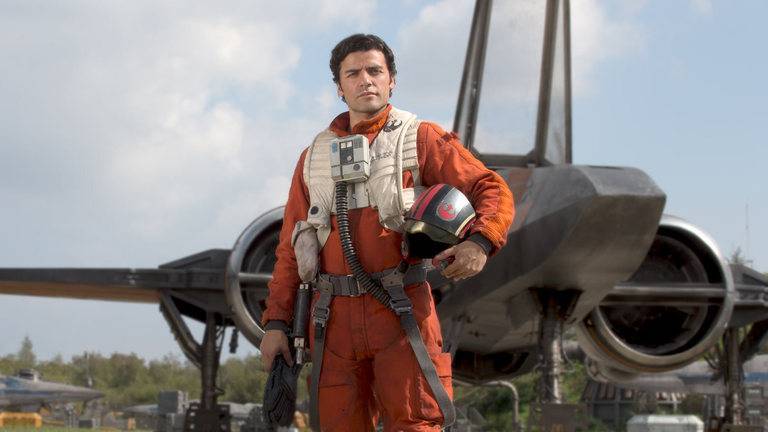 The Force Awakens has reinvigorated my love for Star Wars. It’s true that the trailers and teases we’ve seen over the past year got me back into Star Wars in a big way. And the Marvel comics series have really attached me to the franchise in a way I haven’t been in years. So when I came out of The Force Awakens, my mind was traveling at hyperspace, playing through different scenarios of what could come next or what lead in to this new adventure. There’s a whole bunch of places the novels and comics can go to give us insight into the new timeline but I’ve pegged down the three I most want to see.

The Adventures of Poe Dameron

The new Star Wars has given us the gift of several fantastic new characters. But if there’s one character that I took to more than anyone, it was Poe Dameron. Played by Oscar Isaac, the suave Resistance pilot is the coolest character to appear in Star Wars since Lando Calrissian. He’s a phenomenal pilot, pulling off some of the best fighter piloting we’ve seen in any of the films; he’s a trusted member of the Resistance and close to General Leia; and, most importantly, he’s literally the nicest guy in the galaxy. You need a jacket? Poe will give you the one off his back. Just met the guy? He’ll give you a cool new name. He’s funny and brave and reckless. And he cares deeply for BB-8. His promise to come back for the droid isn’t a platitude, you hear the care in Poe’s voice. And there’s so much we don’t know. How did he become such a good pilot? What endeared him to Leia – other than overwhelming Han-ishness?

While Shattered Empire did give us some basic insight into Poe’s family, we know next to nothing about the pilot. A comic starring Poe and BB-8 as they jet around the cosmos solving problems for the Resistance, standing up to the First Order and laying some ground work for the character of Poe seems like a pretty easy pitch. There’s just enough room to tell one-off adventures with Poe that won’t intrude on the movies going further in way that continuing Finn or Rey’s at this point might. You could even take the lead of the classic X-Wing novels and fill in the backstory for some of Poe’s Black Squadron. Basically, Marvel, give me this book. Right now. Dogfights, derring-do and a healthy dash of charisma. Poe is the perfect character for the comic page.

Perhaps my biggest gripe with The Force Awakens is that Captain Phasma (Gwendoline Christie) was a bit underserved. The general buzz is that she’s being set up for bigger things in Episode VIII, but we can only wait and see if that comes to pass. Which is why a Captain Phasma comic is a good idea. It would allow us to get a sense of who Phasma is before the events of the movie while also providing us with hints about the First Order and its place in the galaxy. Phasma is a big centerpiece of the merchandising of The Force Awakens, in part because the chrome-and-cape Stormtrooper aesthetic is just fantastic, and she seems to be occupying a sort of Boba Fett space in the new series. But there’s a lot of space to tell stories about why Phasma is different from other ‘Troopers, where she comes from and what exactly her problem is with Finn. Marvel’s Darth Vader comic shows us what fun and how compelling a book about a Star Wars baddie can be. I’m imagining a sort of Judge Dredd-meets-Starship Troopers sci-fi action book with Phasma’s mirror-glossed boot stamping on a Rebel face.

Maz Kanata Explains it All

One of the more intriguing and mysterious characters in The Force Awakens is Maz Kanata, the thousand year old proprietor of a cantina-galactic trading post-hideaway. The diminutive alien is a font of exposition and Yoda-like sage advice. Only, the character isn’t that simple. She’s played wonderfully by Lupita Nyong’o through motion capture; not too mysterious, not too wizened, hitting just the right tone. Maz has a large collection of stuff from around the galaxy, each item clearly having a long story about how it arrived in her hallowed halls and what it means. While Maz does carry a lot of exposition for the film, it doesn’t feel quite as jarring coming from an ancient alien who adjusts her glasses to take in the faces of her new young friends.

There are a few different approaches one can take. In one regard, you might take the character’s age and use it to fill in deep backstory. What was Maz like during The Clone Wars? How did she build her vast stronghold? While this could end up being just basic character work, each story could end with an air of mystery, taking parts of the character we thought we’d just learned and flipping them on their ear. Another tack might be to use Maz as a kind of Cryptkeeper character, who presents the reader with various stories about the wide swath of people who come in and out of her humble gin joint. Basically make the book a loose anthology, where each issue or arc presents the reader with a new tale but with Maz adding in the connective tissue and slowly dropping hints about herself. Sometimes with the lies bearing more truth than the facts. Plus, there’s some great Chewbacca and Maz backstory waiting to be told.