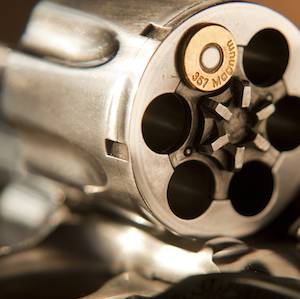 Today marks three years since the massacre at Sandy Hook Elementary School where twenty six- and seven-year-olds and six school staff members were killed. I still remember when the New York Times printed the names and ages of the kids and staff on the front page; a list of names written in white against a black background. I clipped the article and kept it, so I would be reminded that this is the terrible consequence of a society that won’t let go of its guns.

My children are now five and seven. My older daughter is the same age as those beautiful first graders that went to Sandy Hook Elementary School. She’s old enough to read the newspapers and see for herself the never ending cycle of gun deaths in America. She asks questions. And I don’t have any answers.

Like many of you, my heart has only grown heavier over gun-related violence in our country and the negligence of our policymakers to address it. Guns, so many guns, and so many deaths. Co-workers at a holiday party, gunned down in San Bernardino. People at a Planned Parenthood clinic, gunned down in Colorado Springs. Nine people at a prayer meeting, gunned down in Charleston. And there are so many more. Too many.

According to a study by Mother Jones in conjunction with the Pacific Institute for Research and Evaluation, gun violence costs our nation more than $229 billion dollars a year, nearly the same cost as Medicaid spending. This accounts for costs associated with long-term prison costs for people who commit assault and homicide using guns, and indirect costs such as impact on a victim’s quality of life, including lost wages and medical bills. Compare that with annual operating revenue for all public libraries in America: $11.5 billion.

I’m wondering if that is the country we want for ourselves.

I wonder what our nation would be like if we truly fought to change our obsession with guns and put our priorities in things that we know will make us smarter, stronger, and more compassionate instead of angrier and more fearful.

What if we were a country that defended the need for everyone to have access to books and excellent education as much as it defended an interpretation of the second amendment? What if our elected leaders spent more time talking about how to make our country great through innovative libraries, exceptional schools, and world class teacher training programs rather than safeguarding gun laws?

I want to live in a world where we can talk with books in our hands rather than guns at the ready. In a country where gun violence destroys lives on a daily basis, can we at least agree on that?