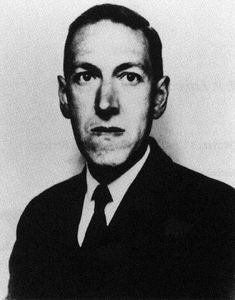 Lovecraft’s contributions to the horror genre cannot be denied. His most well known creation is probably the Cthulhu mythos, which tells of the horrendous Elder Gods and their terrible, mind-destroying powers. Lovecraft was a socially awkward (some would say terrified) man whose fiction was influenced by and depicted this constant terror. He was also a virulent racist and xenophobe with some very, very problematic views on African-Americans, Jews, and immigrants.

For many authors from routinely marginalized groups, receiving a bust of an “avowed racist” in celebration of their work has been a painful experience. Nnedi Okorafor’s 2011 blog post on the subject was one of the first that I encountered, where she said:

What I know I want is to face the history of this leg of literature rather than put it aside or bury it. If this is how some of the great minds of speculative fiction felt, then let’s deal with that… as opposed to never mention it or explain it away. If Lovecraft’s likeness and name are to be used in connection to the World Fantasy Award, I think there should be some discourse about what it means to honor a talented racist.

Sofia Samatar, who won the Best Novel award for Stranger in Olondria in 2014, spoke on that same disconnect:

I think I said “I can’t sit down without addressing the elephant in the room, which is the controversy surrounding the image that represents this award.” I said it was awkward to accept the award as a writer of color.[…]I just wanted them to know that here I was in a terribly awkward position, unable to be 100% thrilled, as I should be, by winning this award, and that many other people would feel the same, and so they were right to think about changing it.”

That same year, Daniel José Older started a petition to change the bust from one of Lovecraft to one of Octavia Butler. The petition is closed now, but it raised 2,500 signatures in support of the change.

BREAKING: THEY JUST ANNOUNCED THE WORLD FANTASY AWARD WILL NO LONGER BE HP LOVECRAFT. WE DID IT. YOU DID IT. IT’S DONE. YESSSSSSSS

Lovecraft’s racism is a well-worn discussion topic, and often the subject of criticism from marginalized readers and writers. Those who have long opposed this criticism have been crying foul, citing that Lovecraft was simply a man of his times, and his sentiments were common to people of his day. Moreover, they advise those winners who object to the use of Lovecraft as the face of the award to “simply return it and be done with the matter.” This expectation of marginalized readers and writers to contort themselves, their beliefs, and their experiences in order to reconcile receiving an award–an award that could easily be perceived as an affront–is myopic and dangerous. And beyond that, it is a significant departure from the more inclusive direction that the speculative fiction publishing industry seems to be headed in.

These same critics believe that Lovecraft’s removal as the award symbolizes some grand departure from the spirit of what makes speculative fiction great. For others, including myself, this is a signal for new, fearless writers from new places to come in and make their mark on literature of the imagination–and the beginnings of a promise that these writers, and their work, are welcome contributors. The publishing industry has long been hostile to marginalized readers and creators, and historically, speculative fiction is full of folks who held some less than stellar views about people who weren’t straight white men.

Some of these folks happen to be pillars of the art and of the industry, and while the accomplishments of these individuals do deserve to be celebrated, we also can’t afford to ignore the effects that these beliefs have had and continue to have on readers, authors, and the industry itself. Speculative fiction is, as I’ve termed it multiple times here, the literature of the imagination. The decision to shelve Lovecraft’s likeness is a step toward ensuring that all people’s imaginations are a bit more welcome in speculative literature.