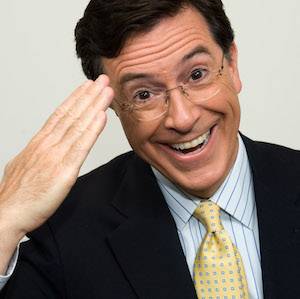 When Stephen Colbert and Jon Stewart ended their runs on The Colbert Report and The Daily Show earlier this year, book lovers (and, really, everyone else) mourned the loss of these two amazing comedians on late night television. Bookish folks, in particular, had reason to be sad because both shows did an amazing job highlighting great books and authors. Just check out the book lists from both shows — The Daily Show and the The Colbert Report — to see some examples.