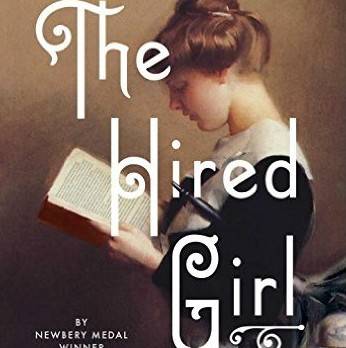 I have a lot of strong thoughts on “historical accuracy.” Mostly, I find it to be one of those phrases that only gets trotted out when women and other historically marginalized groups speak out about lack of representation. As though only white, upper class men existed prior to World War II.

Another conversation that has been happening more and more in the same circles of the “historical accuracy” discussion is one surrounding the accuracy of characters in literature, namely children’s literature. There’s been a lot of talk about The Hired Girl, a book about an ignorant white Christian girl from the country (note: her religion has less to do with her ignorance than her upbringing) who runs away to Baltimore and finds work as a servant in a Jewish family’s house, where she tries to convert them.

It’s pretty predictable what will happen when you hear a set up like that, when Jewish people are presented as a lesson for the main character to learn, but what is less acceptable is having library professionals defend such a book.

Even though the book as a whole has problematic themes and presentation, like treating Jewish people as some kind of exotic commodity, the focus has been on a passage in which the main character espouses some pretty ignorant views on Native Americans, views which are never redirected on the page in any meaningful way (note: I tried reading this book, but it was very clearly NOT FOR ME). On School Library Journal’s Fuse 8 blog, Elizabeth Bird defends the book by presenting it as a case of Misunderstood Main Character, poo-pooing valid concerns in order to present an argument that amounts to “That’s just the way the character was written.” Roger Sutton has basically done the same thing over at Horn Book, saying “I am not suggesting that a book cannot hurt a reader, only that we don’t know what in which book will hurt which reader how.”

Sutton’s statement, and Bird’s query of “Mainly, what happens when a Native kid picks up this book and encounters this description?” a question she doesn’t pose until the closing paragraph of her defense of The Hired Girl, and one she never bothers to analyze, are the real crux of this issue. Because what we see in the children’s book world, like much of the literary world, is people once again centering the value of a story squarely in a lens of white self-importance. Meaning: the impact on underrepresented groups means very little in the face of “quality,” where “quality” equals palatability to a mainstream white, middle class, Christian audience.

It doesn’t matter that this book may be offensive to Jewish or Native people. As long as it satisfies the majority, in this case a white, Christian audience, it must be “quality.” The book is one more microaggression against readers that fall outside of the imagined audience, and the conversation surrounding the book further marginalizes these groups because it makes very clear that their opinion is inconsequential. A book that is offensive to them can still be considered award worthy.

None of this is really about how prejudiced a character in a historical fiction is allowed to be. It’s less about “historical accuracy” and more about the perceived audiences for these works. Because when authors aim their works at a white, Christian, middle class audience the impact on the groups that fall outside of that demographic is either ignored or downplayed.

Because at the end of the day, the rest of us just don’t matter.